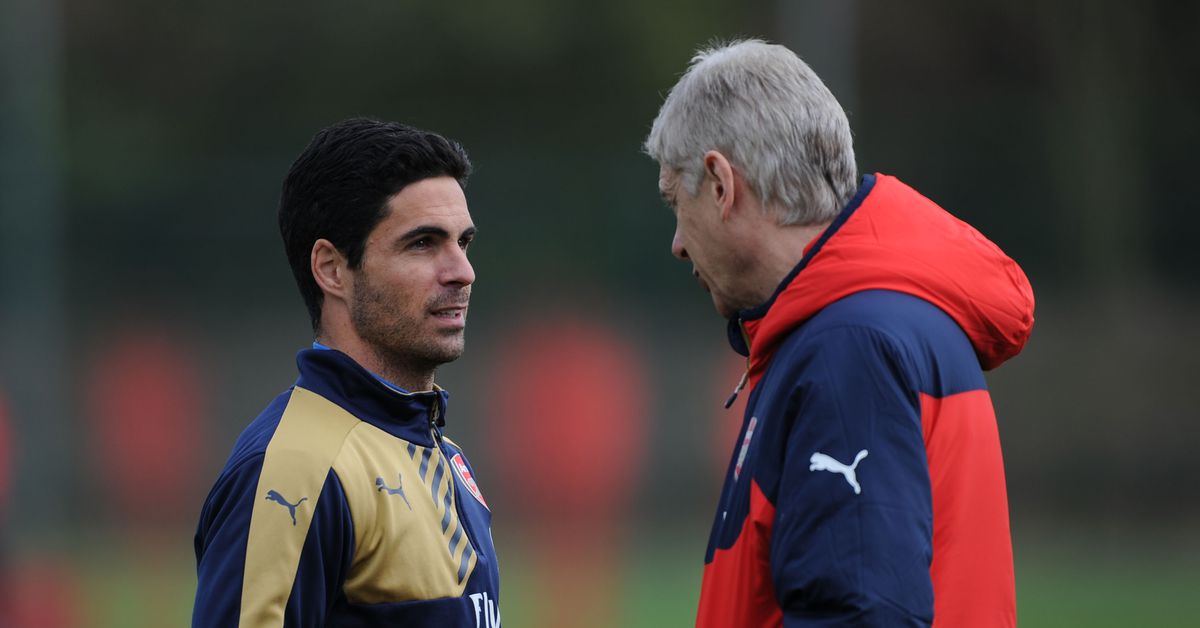 The Premier League has changed and so has Arsenal’s place in it. No longer is there a Top 4. There isn’t really a Top 6 anymore either. There is a Top 2 or 3 – title contenders, The Best of the Rest – European place competitors, The Irrelevant – good enough to not have to fear relegation but not good enough for Europe, and The Also-Rans – relegation fodder.

Right now, Arsenal are probably among The Best of the Rest. But only just. They’re towards the bottom of that second tier, much closer to Irrelevant than to firmly grasping a spot among the European place contenders.

Without significant change in the way Arsenal do business AND the spending patterns of the clubs at the top (Manchester City and Chelsea), Arsenal won’t be a perennial Title Contender. Perhaps ever again. Those clubs can afford to (and do) fill every hole in their roster, every season, with a top-tier, in-his-prime player. That’s not Arsenal.

The youth-based approach that seems to be the new model for Arsenal, at least based on this summer’s transfers, is a promising one. It’s the only realistic, sustainable way for the Gunners to get close to the rosters and the club that made the Champions League for nearly two decades straight under Arsene Wenger. (Mr. Wenger really spoiled us, didn’t he?)

I think we all need a heavy dose of reality. Other than Leicester in 2015-16 and Liverpool in 2019-20, you have to go back to The Invincibles to find a Premier League title not won by Manchester City, Manchester United, or Chelsea. The other major European leagues are even more top-heavy – Germany, Italy, and France have all been absolutely dominated by one club for the last decade. Top-flight football is the haves and the have-nots, and right now, Arsenal are a have-not.

Right now, the Gunners’ best hope for a Premier League title is another season like 2015-16 (which, incidentally and sadly, Arsenal really should have won). Basically, the club needs to catch lightning in a bottle. Even the model, most successful “buy young, develop, sell, rinse, repeat” club, Borussia Dortmund, haven’t won a Bundesliga title since 2011-12. And the Premier League is a wealthier, more competitive league top to bottom, than the Bundesliga. If Arsenal are in the Champions League more often than not and manage a title-challenge every 5-10 years, I’ll be happy.

I’ll also point out that a key feature of Borussia Dortmund’s model and success is selling good, prime-aged players. That’s a difficult pill to swallow. There is going to come an inflection point for Arsenal in about two or three years, when Bukayo Saka, Emile Smith Rowe, et. al. hit their true primes and contracts start winding down where some tough, unpopular decisions might have to be made. Will Arsenal try to hold onto all of them or will a really good player, a fan-favorite, be sold to refill the coffers and restock the talent pool?

There is no way to say, right now, which route is the correct one.

One of my go-to stats has been that Liverpool spent 6 of 7 seasons out of the Champions League building their current side (and the one season they did make the CL was because Luis Suarez had one of the best PL striker seasons ever and Daniel Sturridge scored nearly twice as many goals as he scored in any other season in his career).

Maybe Arsenal are Liverpool from a few years ago. In a year or two, perhaps the Gunners are in a similar place to the 2017-18 Liverpool squad, well-enough rebuilt and far enough along that they are a Virgil van Dijk-like purchase away from becoming title contenders for multiple seasons. For what it’s worth, Liverpool sold both Luiz Suarez and Philippe Coutinho along the way to becoming what they are now.

Or maybe the Gunners have to bide their time, wait to shift gears, and make that big, “for right now” signing when the next wave of young talent to hit their prime. When the likes of Saka, ESR, etc. are in their late-20’s and still contributing but on the down-slope of their peak seasons.

In U.S. sport armchair GM’ing, we often talk about “windows” for teams — a span of years when they have a legitimate chance at a title and should make shorter-term focused personnel decisions. That seems to be the best way to think about Arsenal’s roster and project right now. Arsenal has a window that will open soon, maybe as soon as next season, but more realistically in two (or even three) years.

It’s a bit of a strange spot because of the slush funds that are the European competitions. Making the Europa League is another quality incoming transfer. Qualifying for the Champions League is multiple incomings / a top-caliber player. So as much as you want to focus on the future and gear up for those target seasons, it’s also important to be good enough now to give yourself a shot at the European “bonuses” if you will. And more generally, you don’t want to “waste” good but not-quite-prime years of players like Saka, ESR, MØ when you can accelerate and augment the rebuilding process.

At the same time, you don’t want to sacrifice player development and medium-to-long-term roster building for a quick fix and ephemeral, short-term improvement. We’ve been there done that with Arsenal. It didn’t work and is largely responsible for the poor shape of the Arsenal roster at the start of the summer.

And at the same, same time, “trust the process” will only carry you so far. There also need to be results. Or at least signs that the process is taking you somewhere you want to go. And everyone is going to have their own measuring stick and ideas for what that looks like.

I would really like for Arsenal to get back into the Europa League next season. But I think I’d be okay with another season out of it if, at the end of the season, I can honestly say that the team has improved and is consistently playing better in a way that feels sustainable rather than inconsistent.

For what it’s worth, I think that’s pretty close to how Arsenal will approach it as well (but of course I’m going to think that, right?). The club has recognized that this is a multiple-season thing not a “we’ll be back amongst the elite immediately” situation. I stand by my prediction that Mikel Arteta is going to be in charge at least through the end of this season barring the bottom absolutely falling out, and I think he will at least start next season in charge as well.

The Premier League has changed and so has Arsenal’s place in it. The biggest thing yet to change, it seems, is how many people recognize the new status quo.

Ballon d’Or 2021 – Edouard Mendy is one of the best goalkeepers in the world and his snub is baffling beyond belief – Eurosport...

USA vs. Mexico: How to watch and stream, preview of Gold Cup Final | MLSSoccer.com – MLSsoccer.com

The pressure is on Tata Martino and Mexico, as is always the case. Coming off a Nations League Final loss to the USMNT,...
Read more
USA

More rioters who stormed the U.S. Capitol this week were arrested and charged Saturday as additional video came out showing the chaos of the...
Read more

The USA entered its Feb. 21 matchup against Brazil level on points but cleared its path towards the tournament title with a 2-0 victory...
Read more
Economy

Divided Government Will Doom the Economy – The Atlantic

SHUTTERSTOCK / THE ATLANTICCongress has failed since the spring to pass much-needed additional economic stimulus. The ousted Trump administration has lost interest in...
Read more
Business

After having to sit out last season due to COVID protocols, athletes and coaches of spring sports in Section III looked forward to getting...
Read more
Business

Story Links LATVIA – The United States and Canada both improved to 4-0 at the 2021 FIBA U19 Basketball World Cup on...
Read more
Cryptocurrencies

SAN FRANCISCO — Digital currency, once mocked as a tool for criminals and reckless speculators, is sliding into the mainstream.Traditional banks are helping investors...
Read more
USA

NBCSN to Shut Down, With Sports Moving to USA and Peacock – The New York Times

NBCUniversal will shut down its NBC Sports Network cable channel by the end of the year, according to an internal memo obtained by The...
Read more