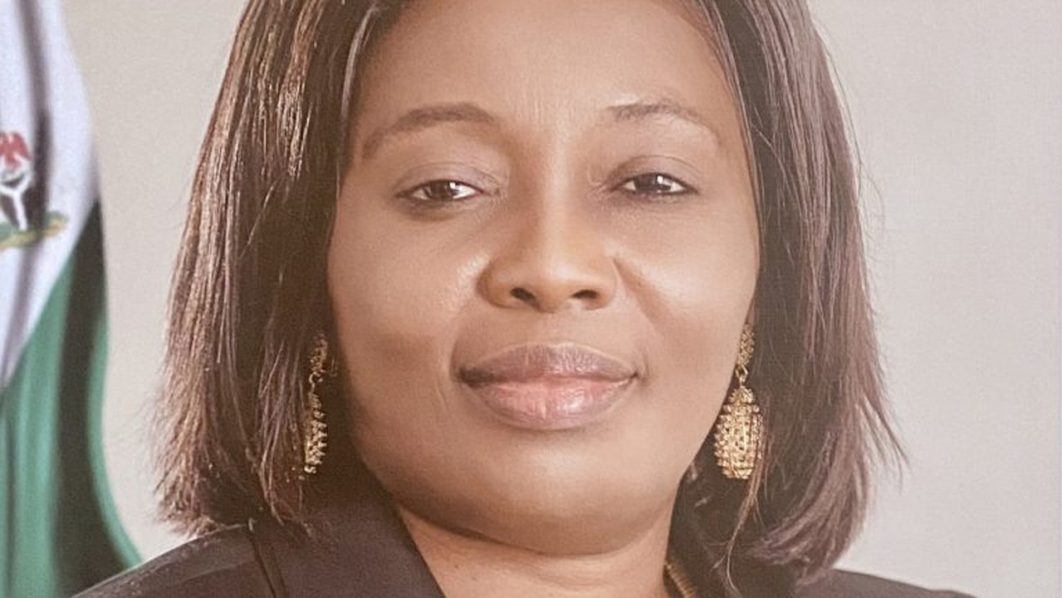 Akwa Ibom State Commissioner for Agriculture and Food Security, Dr. Glory Edet explains the efforts of the state to revive agriculture through various empowerment schemes for farmers. She adds that value chain development strategy, where the emphasis is laid on farm input suppliers, farmers, aggregators, processors, and marketers, is the focus of the administration to boost productivity, create employment opportunities along the chains and diversify the economy of the state. FEMI IBIROGBA, Head, Agro-Economy, presents the excerpts.

What exactly is your focus in the agricultural sector: cash crop, food crop, industry, or employment?
First of all, I want to thank God for His Excellency, the Governor of Akwa Ibom State, Mr. Udom Emmanuel, who knows the importance of agriculture. He is passionate because he believes through agriculture, the poverty level can be reduced. In his first term and second agendas, agriculture is prominent. That means that agriculture is key.

Through this ministry, he has really encouraged us to go into farming and reminded us of our major occupation. And here, we have really encouraged farmers in so many subsectors like a cash crop, food crops, and vegetables. In coconut cultivation, for instance, Akwa Ibom is leading. We have cultivated over 4,000 hectares. The state has three coconut plantations. We also encourage individuals and groups to cultivate.

The government encourages farmers by distributing coconut seedlings to them. Apart from the over 4,000 hectares that we have cultivated, individuals also own plantations because we know that it will soon replace the crude oil economy.

This government also believes in the value chain and what will benefit society not only today but also in the future. We have a coconut oil factory in the state that the governor has established and is the best in West Africa; about 90 per cent completed.

It would have been completed, but for the COVID-19 restrictions that prevented some of the engineers working there from coming into the country. The factory will take about 1000 coconuts. It will take two to three shifts in a day and each shift will take no fewer than 3000 nuts.

Do you think coconut is your strongest area in agriculture?
We have different areas the state is doing well in since we are blessed with fertile land. We create wealth with what we have, like coconut. With this factory, when you cultivate your coconuts, you are sure of a ready market and it has really encouraged farmers because apart from the government plantations, we still want individuals and groups to benefit.

We also cultivate cocoa. We have the best quality cocoa. Recently, the state government, through the ministry, distributed over 700,000 cocoa seedlings to farmers, gave them agrochemicals and sprayers.

In agriculture, inputs are very important. If you want to succeed, you must get an improved variety of inputs. There are some farmers who may be interested in farming, but they do not have inputs. So, the state government is assisting farmers to get inputs. If someone gets the cocoa seedlings and is already a cocoa farmer, he can expand the farm and if he is a new farmer, he can start something.

Were they really improved cocoa seedlings, for there are adulterated ones?
Yes. You know when we get the seeds, we in the ministry are the ones raising the nursery. We get the seeds and we raise them till they are ready for planting. We then invite the farmers and give to them.

The governor has provided cocoa fermentation, a drying centre, and a warehouse for farmers. So, when they harvest, they take it to the centre for fermentation and drying. The warehouse will service those who do not have space to keep their cocoa beans.

In the state, we have some local government areas that are really blessed with cocoa. Number one is Ini Local Government Area. When they harvest, ferment, dry, and put in the warehouse, we bag them and let people know that it is from Akwa Ibom, and we put our dakkada symbol before it is sold.

Do you also cultivate rice in the state?
Yes, we are also blessed with rice cultivation. We have some local government areas where we can cultivate swampy rice and if you do this, you can plant and harvest three times a year.

We have many farmers in Ini, Uruan, and Ibiono Ibom local government areas that cultivate swampy rice. The governor has been giving rice seeds to the farmers as well as interest-free loans and they are very grateful. During the COVID-19 lockdown, all the bags of rice distributed were produced in the state. There are also rice processing mills across the state.

Have your farmers been beneficiaries of the CBN’s Anchor Borrowers Programme?
CBN hardly informs the ministry. In most cases, they deal with the farmers directly. That’s why we want to use this opportunity to appeal to the CBN. You know, if you want to give farmers something, you have to officially inform the appropriate quarters, at least for information and supervision. Both parties should know whether the people involved (off-takers/input suppliers) and some of the beneficiaries are real farmers. Some may not even know anything about agriculture. That is why real farmers do not benefit in most cases.

If you want to give the farmers loans, after going through the ministry of agriculture, you have to request to see the farmers physically and even do a survey on their farms to be sure they are the right persons.

What is the way forward in this direction?
If you want to touch any group of farmers, depending on the crop you want to support, you find out from the ministry in charge of farmers. Let them call the farmers for you, even if you want to interface with them, be free to ask them questions, do inspections, and so on.

If you meet real people, you do not need anybody to tell you. Based on the questions they will ask you and their experiences, you will know if they are farmers or not.

What about vegetables?
Another thing that we are really blessed with is vegetables. Before now, people were going to other states to buy vegetables, but now God has really helped us. With training, you will keep on adding value to yourself. Since he came into power, the governor has been sponsoring the training of farmers and now farmers in the state produce lots of vegetables.

What about livestock?
Apart from the crop sector, we have the best state-owned abattoir managed by the ministry through a committee. We send veterinary doctors there daily. You cannot slaughter any animal without confirmation from veterinary doctors that the animals are good for consumption.

Does that mean there are no private abattoirs approved in the state?
There are privately owned abattoirs in the state, but you cannot start up abattoirs without approval from the ministry, because what our people eat is very important to us.

Is it really sustainable to produce onions here?
You know with training, research and technologies, you can discover so many things and there are some things you do not put on assumptions. So, as vegetables, tomatoes, peppers, and cucumber are grown, we thought of also trying onions. We did the sill testing and it was ok.

We planted at the demonstration farms and it worked. Based on that, we had to train some people and we are planting across the state.

I could see close to the airport that some greenhouses established by the state government are vacant while some are utilised. Why are some vacant?
We have 10 greenhouses and we make use of them. In the only two that you have not seen vegetables, we finished harvesting some days ago and we are fumigating them.

What we usually do is that when we plant and harvest, we fumigate the house and let it rest for a while. We do it sequentially so that at no point should we lack tomatoes or vegetables.

We have an irrigation house there which is very powerful and useful. We plant during the dry and rainy seasons. So we cannot leave any vacant.

OCP Africa proposed a fertiliser plant project of $1.4 billion in the state. Has it taken off?
It’s actually a few weeks ago that we did the flag off. When we talk of building a factory, there are processes. You meet with the community and other things. Everything is going on perfectly well because a few weeks ago, the governor, his deputy, and the entire stakeholders in the state were there for the flag off of the plant. So, everything is going smoothly.

What are you doing in the palm oil industry? Are you moving in this direction too?
In Akwa Ibom State naturally, we are blessed with oil palms of good quality. So, the government is doing a lot of things to improve that sector.

About three weeks ago, we distributed over 100,000 oil palm seedlings to farmers. If the government is not interested, there is no way this could be done.

Apart from that, we have the Akwa Palm Limited, which has been years ago. The place is being revived now.

The governor has developed many cash crops that we know will bring development to the state.

Tightfisted consumers are becoming a worry for China’s economy – Quartz

How is the U.S. economy doing? 4 key areas to watch as Delta variant holds back recovery – Bankrate.com

Finance Minister Tito Mboweni’s 2021 national budget has been delivered against the backdrop of a significant economic contraction in the second quarter of 2020,...
Read more
Business

The streets of downtown Palm Springs and El Paseo were packed with shoppers. And whether they knew it or not, many people were contributing...
Read more

This week, the Sacramento Business Journal is publishing the third part of a series where they focused on how small businesses are coping with...
Read more
World News

Of course, the primary consequence of Senate conviction - removal from office - seems of limited relevance with so little time left in the...
Read more
Sports

The past week has been yet another massively volatile week for the cryptocurrency market. The sleeping giant Bitcoin finally woke up and crossed the...
Read more
Sports

Newcastle have agreed a fee in the region of £25m with Arsenal for midfielder Joe Willock.Personal terms are yet to be finalised, but Newcastle...
Read more
Sports

A resolution approving high-risk athletics/activities for Rome school district students for the winter season amid COVID-19 considerations was approved Thursday night by the Board...
Read more