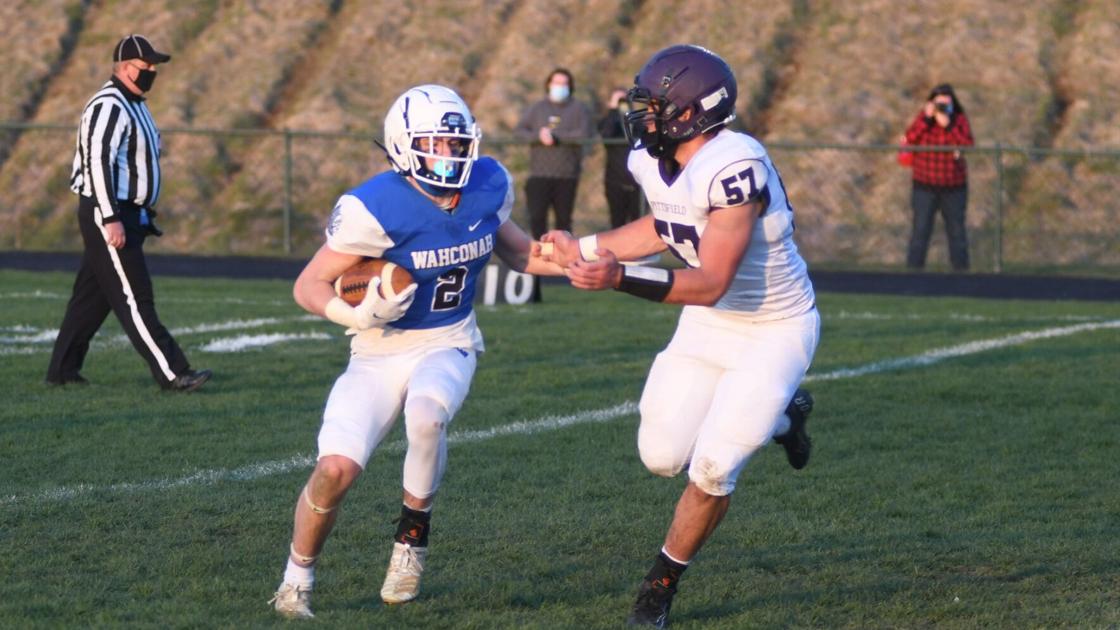 It’s beginning to feel like the world is starting to heal.

While the COVID-19 vaccines, social distancing, mask wearing, and other protocols are the real reasons why the world is beginning to heal, if you are a sports fan, it’s the games themselves that have made me feel that way.

The first real feeling that we have come out the other side came to me last Friday night in Dalton when Wahconah hosted Pittsfield in football.

There were fans in attendance, enthusiastic fans. The players were enthusiastic. It might have been April, but the intensity made it feel like it was late October or early November.

As I walked off the field in Dalton, it hit me that it felt like we are getting back to a more normal existence. It felt like I had just watched a typical high school football game.

Some of the winter and Fall II rules did make watching the sport feel a bit different. No inbounding the ball under a basket in basketball, no heading the ball in soccer and no throw-ins, gave those sports a bit of a different look.

But when Wahconah and Pittsfield played last Friday night, it felt like a game ripped from the headlines back in 2019, before the pandemic hit us.

Here’s hoping that the spring season will feel much more like a normal season. It’ll be as close to normal on paper as anything can be.

While local teams will not be traveling outside of the Berkshire County boundaries, those teams will be able to play for a Western Massachusetts and potentially a state title. That had been approved last month by the MIAA.

In the sports where everyone, or almost everyone plays, teams will be divided by division. Since there will be no out-of-county games in the regular season, there will be a lot of familiar matchups.

Take baseball for example. The teams in the North Division — Pittsfield, Taconic, Monument Mountain, Wahconah and Mount Greylock — will play each other twice. The South teams — Lenox, Lee, Drury, Hoosac Valley and Mount Everett — will play the North teams once. It’ll be a similar breakdown in softball with Wahconah, Greylock, Pittsfield, Taconic and Hoosac playing each other twice, while playing Lee, Lenox, Mount Everett, Monument and Drury once.

It is genuinely too bad that there won’t be wrestling this spring. Since Greylock, Monument and Everett are not competing, the Taconic co-op has nobody to play. It is a similar situation to what happened with hockey in the spring.

The Fall II season didn’t wrap up without its share of hiccups. Some teams had to take breaks in the season and some of the contests might not have been as compelling as one might like.

Getting student-athletes on the field, pitch, golf course or floor was the goal. While hockey and wrestling are notable exceptions, for the most part, that was a success.

“Given the circumstances and the amount of challenges that we’re facing delivering education and delivering athletics, as well as the resources that are available to us and the challenges that we are facing,” Pittsfield Public Schools athletic director Jim Abel said, “we’re happy. We’re happy that the students are having an opportunity to participate in sports and happy to be providing them something meaningful during a very unsettling time.”

For the World Economy, a Grim Slog Tempered by New Hopes – The New York Times

Nearly a year into a pandemic that has ravaged the global economy like no time since the Great Depression, the only clear pathway toward...
Read more
Sports

The Dow and S&P 500 both hit new records on Monday as investors grew optimistic about the economic reopening from the pandemic.The Dow Jones...
Read more

Tesla, CarMax, FactSet, and Other Stocks for Investors to Watch This Week – Barron’s

It’s a holiday-shortened week, with markets across the globe closed on Friday for Christmas Day. U.S....
Read more

Sometimes, things just pop up out of thin air. That was the case with Hannah  Dinkel’s pop up shop. “Hannah Katherine Boutique” at Troy University’s...
Read more
USA

(Photo by Gray Mortimore/Getty Images) One flipped vote on the executive board of the Arizona Interscholastic Association...
Read more

Rising inflation is no threat to the U.S. economy – or is it? – MarketWatch

Are powerbrokers in Washington planting the seeds for an economy-wrecking bout of inflation later this year or next? Suddenly that’s what some are suggesting....
Read more
Cryptocurrencies

Support has formed at the $40 level for Polkadot (DOT-USD). The chart shows what is a common occurrence in the financial markets: Levels that had been...
Read more
Business

The Whitmer administration is expected to announce in the coming days whether to extend, alter or allow state-imposed restrictions on business activity to expire. A...
Read more