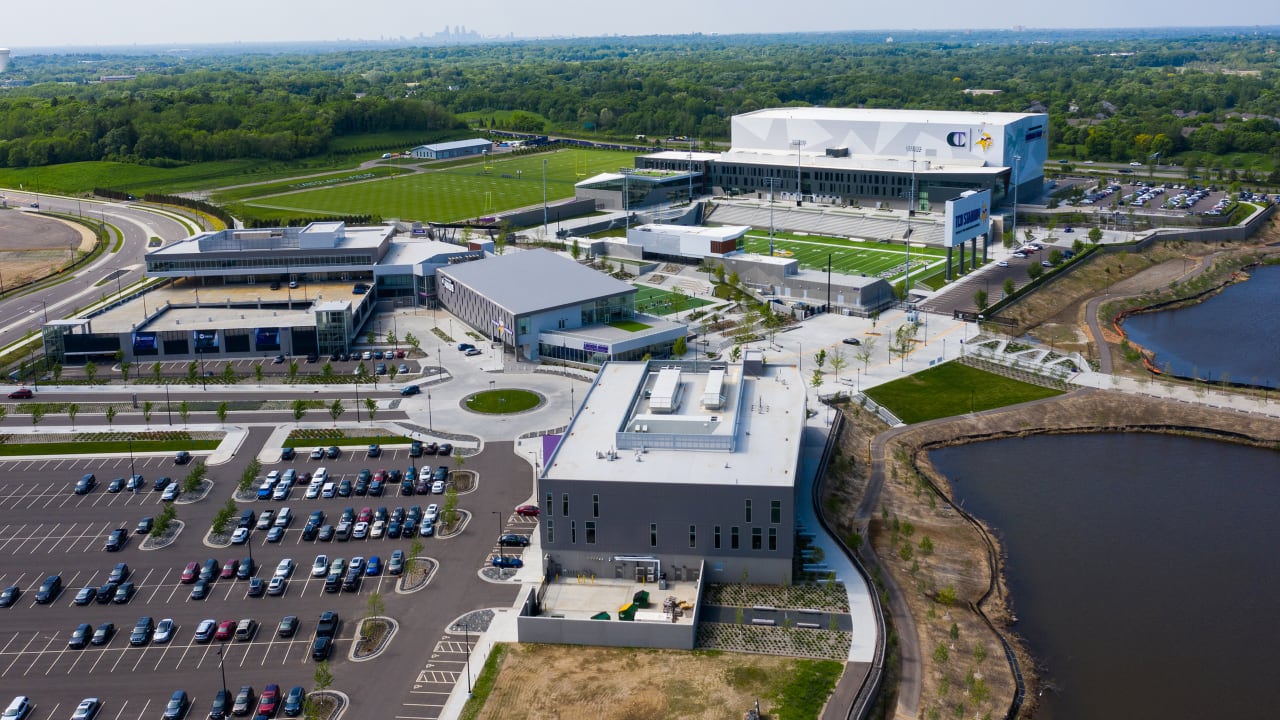 “The move to the Minneapolis-St. Paul metropolitan area opens the door for exciting new opportunities and increased exposure as interest continues to grow in the sport of curling,” said Chief Executive Officer of USA Curling Jeff Plush. “Our headquarters will also now be uniquely positioned next to USA Curling’s Official Sports Medicine Provider, Twin Cities Orthopedics, on the Viking Lakes campus, giving us the capacity to further support our athletes.”

Housed in the Innovation Center located at the center of the Viking Lakes campus, USA Curling’s new headquarters will be adjacent to the Minnesota Vikings headquarters and training facility, Twin Cities Orthopedics Performance Center. This strategic relocation offers synergies among all campus partners and stakeholders, including Training Haus, the home workout facility for many USA National Team curling athletes.

“We are thrilled to welcome USA Curling as a founding tenant at Viking Lakes and we are eager to support the organization’s relocation to Minnesota,” said MV Ventures Owner/Partner Mark Wilf. “This move will help strengthen USA Curling’s mission to build awareness for their sport, and it supports our vision at Viking Lakes to establish a sports, health- and wellness-centric community for generations to come.”

The goal of USA Curling is to grow the sport of curling in the United States and participate in competitions both domestic and abroad, particularly as representatives of World Olympics, World Tour Events and National Bonspiels. The move promotes elevated participation in corporate, membership and corporate league play, and allows for large-scale professionally hosted local, national and international events, including Olympic qualifiers.

Viking Lakes is a 200-acre, mixed-use master development owned and operated by the Wilf Family/MV Ventures and located in Eagan, MN. With a mission formed around a healthy, active lifestyle, the campus will encompass more than 3 million square feet of corporate and medical offices, retail, entertainment and multi-family housing. The project boasts open and public spaces, including trails, water/wetland preserves and other amenities to create vibrancy and connectivity, all anchored by the 34-acre headquarters and training facility of the Minnesota Vikings – Twin Cities Orthopedics Performance Center and TCO Stadium. The Eagan campus already includes Twin Cities Orthopedics Eagan, Training Haus Sports Medicine Center, MV Ventures, USTA Northern, Minnesota Rokkr and Version1, the Omni Viking Lakes Hotel and the Vikings Museum and Locker Room Team Store. The first phase of the Viking Lakes residential community is currently under construction, with 261 units, a clubhouse and retail expected to open in Summer 2021.

MV Ventures is a full-service real estate developer in Minnesota. Owned by the Wilf Family, MV Ventures is responsible for the construction, management and activation of best-in-class destinations, including Viking Lakes.

Filed under: After a fall of media blackout we’ll get a lot more reporting from the Husky spring practice sessions ...
Read more
USA

10:37 AM ETAssociated Press NEW YORK -- With a crisp white graphic look and roomy pockets, the uniforms to be worn by Team USA...
Read more
Cryptocurrencies

Cryptocurrency is a decentralised virtual currency that is deemed to be more efficient than traditional currencies because it is regulated by a community of...
Read more

At least three people were killed and 27 were hospitalized when a boat overturned Sunday off the San Diego coast during a suspected human smuggling operation, authorities said.San...
Read more

Finance Minister Tito Mboweni’s 2021 national budget has been delivered against the backdrop of a significant economic contraction in the second quarter of 2020,...
Read more
Business

As there are countless examples of human suffering and inequities in our communities, organized resources from business — capital, expertise and leadership — across...
Read more

European Super League would be ‘devastating’ for the Premier League – Teamtalk.com

Stiliyan Petrov believes a European Super League including all of football’s major teams would prove ‘devastating’ for the Premier League if clubs agree to...
Read more