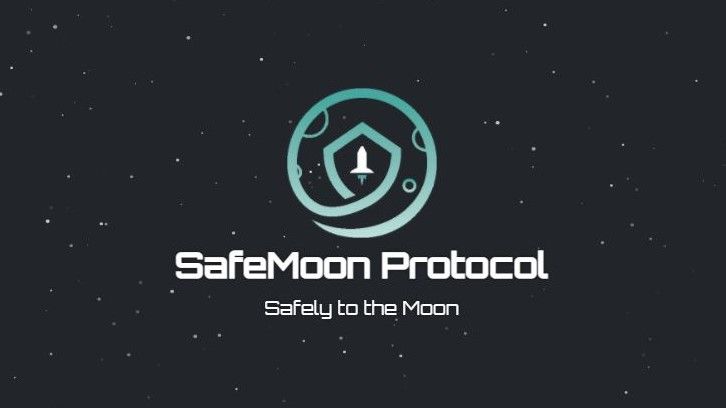 SafeMoon is one of the newest and fastest-growing cryptocurrencies, even in a market that’s recently seen Bitcoin reach record-high values and even the tongue-in cheek Dogecoin growing by over 8000%.

Even so, SafeMoon is a most unusual digital currency, as it imposes a penalty on anyone who tries to trade their coins (or “tokens”). Only a few weeks old, its sheer newness also might lead some potential crypto buyers to see it as an unknown quantity. So, here’s everything you need to know about SafeMoon, and how you can buy the fledgling currency for yourself.

SafeMoon is an altcoin: a blockchain-based digital currency broadly similar to Bitcoin, but with some clear distinctions as well. It launched in March 2021 and has already racked up over 1 million users.

SafeMoon’s unique feature is that it charges a 10% fee to anyone who sells their tokens; 5% of this fee is then redistributed to all other SafeMoon owners, essentially rewarding those who hang onto their tokens and disincentivizing selling.

One criticism of cryptocurrencies like Bitcoin is how they’ve strayed from their original goal of providing a working, decentralized currency to simply become investable commodities; it’s not clear what, if anything, you’ll actually be able to buy with SafeMoon, but the selling fee is at least encouraging owners not to just buy and sell their tokens for now.

SafeMoon could also be seen as a more serious take on Dogecoin, the tongue-in-cheek altcoin with an unofficial rallying cry of “To the moon” — SafeMoon’s slogan is “Safely to the Moon.”

Like Dogecoin, SafeMoon is worth a lot less than Bitcoin or Ethereum per-unit, but has been climbing in value. Coin Market Cap currently has each token at $0.000005, less than half its peak from earlier in April but a sharp increase from its $0.0000000010 launch value.

As such, it’s already attracting attention from potential investors looking to get involved while SafeMoon is still cheap — despite the selling fee.

Cryptocurrencies are often highly volatile, and on current evidence SafeMoon doesn’t look to be much different: even as its value grows it’s still prone to big slides, one of which already occurred in April.

While that’s par for the course with a lot of investments, SafeMoon has also been compared to a Ponzi scheme, as any profits you could make in future are based on someone paying more for the tokens than you did further down the line. The selling fee and redistribution model could also be said to encourage early adopters, who would then gain the most from subsequent sales.

Cryptocurrency investor and influencer Lark Davis warned against SafeMoon on Twitter, saying, “Remember just because you make money off of a Ponzi does not change the fact that it is a Ponzi.” Davis also compared SafeMoon to BitConnect, a cryptocurrency that shut down in 2018 after two U.S. state-level securities regulators publicly warned investors of its similarities to a Ponzi scheme.

Remember just because you make money off of a ponzi does not change the fact that it is a ponzi. #safemoonApril 21, 2021

WarOnRugs, an anti-scamming collective focused on cryptocurrency, has also criticised SafeMoon’s owners for locking away more than 50% of its own liquidity pool. The group claims this could result in a “rug pull,” a form of exit scam whereby liquidity is intentionally drained from a market, leaving traders unable to sell. SafeMoon CEO John Karony maintains that liquidity is held to make the currency more secure.

How do I buy SafeMoon?

If you’re willing to take the risk, then you can buy SafeMoon from one of four crypto exchanges: PancakeSwap, BitMart, WhiteBit and Bakery Swap. It’s a more complex process than simply buying a currency like Bitcoin, though: you basically need to buy Binance coins, another cryptocurrency, then swap them for SafeMoon.

A dedicated SafeMoon wallet is in the works, so hopefully this will simplify the process. Just remember that using cryptocurrencies as investments is risky at the best of times, and in the end it’s your own money on the line.

As Bitcoin and other cryptocurrencies crash, this one is up more than 50% – Fortune

In his CPAC speech, Mr Trump repeated his false claims that he lost November's election to the Democrats because of electoral fraud and he...
Read more
World News

Top story: NHS running out of beds, figures show Morning everyone. I’m Martin Farrer and these are the top stories today. Millions of people throughout the...
Read more
Cryptocurrencies

If you searched for Bitcoin news recently, the main headlines likely centred on the rising price, the falling price, or just the price of...
Read more

The congressional agreement on Sunday on another dose of aid to fuel the slowing economic recovery has probably spared millions of Americans from a...
Read more
Business

Business 101: What we can learn from female business owners – IOL

THE number of women-owned businesses in South Africa is on the rise. A new SME South Africa survey showed that 47 percent of South...
Read more
Business

Business Report Publisher Rolfe McCollister used to joke that if Google ever started giving diplomas, colleges were in trouble. But now with Google parent...
Read more

(Getty Images)WhatsApp is asking users again to sign off on its new privacy policy by 15 May.Users who miss deadline won't be able to...
Read more
Sports

Team-based practices and intrasquad scrimmages for moderate and high-risk interscholastic winter sports in Maine, which were scheduled to begin on Dec. 14, have been...
Read more
Sports

The family with no fingerprints – BBC News

In 2010, fingerprints became mandatory for passports and driver's licences. After several attempts, Amal was able to obtain a passport by showing a certificate...
Read more
Sports

A study published Thursday found life expectancy in the United States dropped to its lowest level in 15 years, and even lower for Black...
Read more