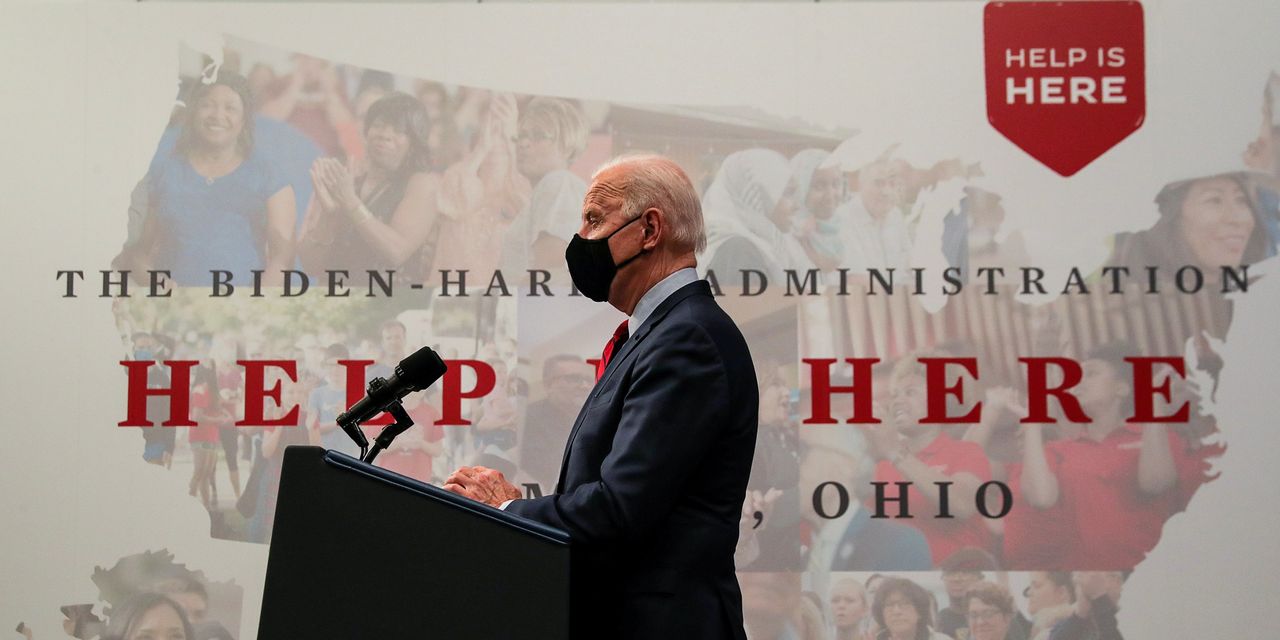 Welcome to the Biden boom. While the first quarter of 2021 is history, the data are still coming in. “Forecasts” of real economic growth, based on partial data, now run in the 7% to 8% range. More important, there is a good chance the stellar first quarter won’t be a flash in the pan. The Wall Street Journal’s recent poll of economists registered an average forecast of 6.4% growth over the four quarters of 2021.

If that happens, it will mark the fastest four-quarter growth spurt since 1984. The 1983-84 boom, which came after a deep recession, led to Ronald Reagan’s declaration of “morning in America”—and his smashing 1984 electoral victory. Like the Reagan boom and the Clinton boom, the Biden boom won’t be due entirely to the policies of the president. But they are sure helping.

Much of the credit goes to the vaccines—including Team Biden’s acceleration of their delivery. Then there’s the remarkable resilience of the U.S. private sector. Hundreds of millions of people and tens of millions of businesses crawled into their foxholes when Covid-19 hit, but then crawled right out, finding new ways to do business and new ways to shop.

And the private economy got huge assists from government. Contrary to Reagan’s famous dictum, government has been a major part of the solution.

The big fiscal boost started with the $2.2 trillion Cares Act, which Congress passed by huge bipartisan majorities in March 2020. While much in Cares can be (and has been) criticized, it put so much money into the hands of Americans that real personal disposable income (the purchasing power of the dollars people actually receive) rose by 3% over the four quarters of 2020 even though gross domestic product fell by 2.4%.

As the Cares money ran out, and after much partisan dickering, Democrats and Republicans agreed on another relief package in the closing days of the Trump administration—this time, about $900 billion.

Enter President Biden, and exit GOP support. In its first major legislative achievement, the Biden administration managed to get the $1.9 trillion American Relief Plan passed last month—with no Republican votes. The plan is giving the economy a big shot in the arm right now.

Add up the pieces and you get roughly $5 trillion in federal fiscal support, or about 23% of GDP. That enormous fiscal effort kept millions of families afloat, kept people in their homes, saved many businesses from failure, and prevented the horrible disease from bringing on Great Depression 2.0.

Because of the enormous influx of federal dollars, American households are sitting on a huge hoard of unspent money. Before the pandemic, American consumers were saving 7.5% of their disposable income—a typical figure. During 2020, the saving rate soared to 16.3%—a rate normally associated more with Singapore than the U.S. The difference translates into nearly $1.4 trillion in excess saving.

And don’t forget about monetary policy. The Federal Reserve fired all its weapons at the Covid recession, the most obvious of which was dropping interest rates to the floor. Amazingly, the interest rate cuts worked. After violent but brief downward hiccups, Americans went back to buying motor vehicles and houses despite the pandemic. Spending in those two categories actually rose 6.3% and 14.3%, respectively, over the four quarters of 2020. Never bet against the American consumer.

Yes, I am painting a rosy picture—of a recession that is gone and the beginnings of a boom. Could something go wrong? Sure. Here are four worries.

First, the battle between the variants and the vaccines could take a turn for the worse, with the virus winning. I’m no expert in epidemiology, but the experts seem to think the vaccines are likely to prevail. The main question seems to be how much help the virus gets from vaccine resistance and irresponsible behavior.

Second, enormous budget deficits spell a soaring national debt. Some observers wonder how high the debt can go before the world’s investors start demanding higher interest rates on U.S. Treasurys. It’s a fair question. But so far, so good.

Third, a few economists worry that fiscal stimulus combined with extraordinarily easy money will lead to inflation—and then to a clampdown by the Fed. Count this as possible, but not likely.

Finally, some conservative economists—and many Republican members of Congress—have made their usual claim: that tax increases will flatten the economy, or worse. Those predictions have proved wrong in the past. Bet against them.

Taken as a whole, the worry list doesn’t seem all that worrisome. Enjoy the Biden boom.

Mr. Blinder, a professor of economics and public affairs at Princeton, served as vice chairman of the Federal Reserve, 1994-96.

Concrete proposals for a European super league are being discussed by top clubs including Manchester United and Liverpool with more seriousness because of the...
Read more
Stock

Dogecoin, the Cryptocurrency That Started as a Joke, Is Spiking – The New York Times

Amid the so-called meme stock frenzy, it is perhaps fitting that a cryptocurrency based on a meme has been swept up in the mania.Dogecoin,...
Read more
Sports

The newest graphics cards from the gaming processor designer Nvidia will be artificially constrained in their ability to mine cryptocurrencies, the company has announced,...
Read more
Stock

Georgia secretary of state: My family voted for Trump. He threw us under the bus anyway. – USA TODAY

The past few weeks have been difficult for the voters of the Peach State.As the nation and the world watched, Georgia took center stage...
Read more

On Feb 10, Mastercard announced that it would begin supporting select cryptocurrencies on its payment network. The financial transaction processing company hasn’t specified which...
Read more
Sports

Well, what a wild weekend for sports! The 147th Kentucky Derby was held in Louisville and Medina Spirit won the Derby. That horse was...
Read more
World News

On Tuesday, the country also recorded more than 70,000 cases, a 38% increase on last week, according to local media. The surge in cases...
Read more