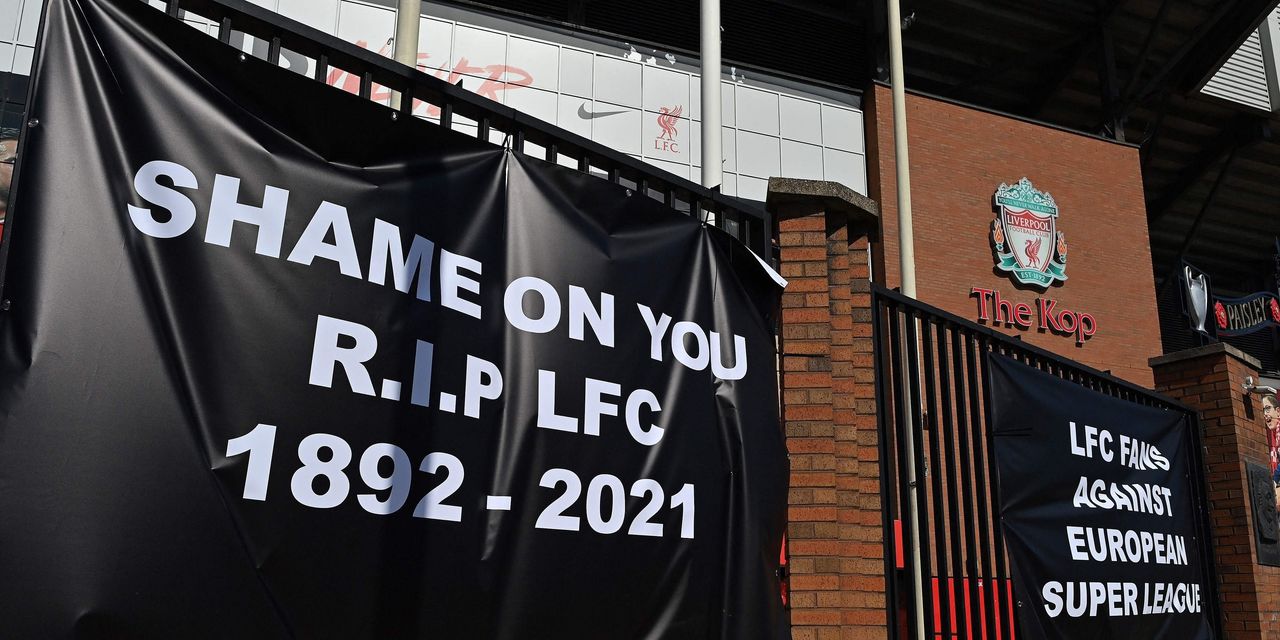 The proposed European Super League has shaken the foundations of European football and sparked almost universal outrage among fans, former players and politicians.

The league has been condemned by many within the soccer world, but also by the likes of U.K. Prime Minister Boris Johnson and French President Emmanuel Macron.

What is it and what does it all mean?

The league is designed to be a midweek competition, comprising 20 clubs — 15 founding clubs and a further five entering the field each season through qualification. It would rival the current Union of European Football Associations (UEFA) Champions League, the continent’s premier club competition and one of the world’s most lucrative sporting events.

The 15 founding members would compete year in and year out in the Super League and could never be relegated, taking away an element of competition and qualification. Teams currently qualify for the Champions League according to season standings in their own domestic leagues.

Europe’s elite clubs have been pushing for changes to the Champions League in recent years. Essentially, they want more matches against each other and a bigger slice of the pie. At the moment, UEFA, Europe’s football governing body, decides how to distribute revenue generated from its competitions.

UEFA has made reforms in the hope it would stop the formation of a breakaway league — the changes were announced on Monday.

But the changes were clearly not enough, and the so-called Dirty Dozen announced the breakaway league just hours before UEFA’s announcement.

The Super League said the new tournament would provide “significantly greater economic growth” and support for European soccer. Clubs will receive solidarity payments in line with the competition’s revenue, which are expected to be in excess of €10 billion and substantially higher than from existing competitions.

The founding clubs would receive a combined €3.5 billion to support “infrastructure investment plans” and to offset the impact of the COVID-19 pandemic.

The league would also be free to strike new broadcasting deals, again choosing how to distribute the revenue. In theory it could explore deals with streaming giants such as Amazon AMZN, -0.11%, Disney DIS, +0.37% and Netflix NFLX, +0.88%.

The backlash has been fiery to say the least, with many criticizing as greedy the clubs involved and claiming the new, largely closed league would ruin domestic leagues and the integrity of the sport. In fact, you would be hard pressed to find anyone — outside of the 12 clubs’ owners — who is positive about it.

The sport’s governing bodies have strongly condemned the idea, with UEFA describing it as a “cynical project founded on the self-interest of a few clubs at a time when society needs solidarity more than ever.” UEFA is also considering legal and sporting measures to stop the move.

UEFA also threatened that clubs signing up to the Super League would be banned from all other competitions. That means, for example, Arsenal, Manchester United, Liverpool, Chelsea, Man City and Tottenham could be kicked out of the English Premier League.

Any players involved could also be banned by world football’s governing body, FIFA, from playing for their countries at the World Cup.

The timing of the announcement, on the eve of UEFA’s own reform package, has led to speculation that it is merely posturing by the 12 clubs in an attempt to push through changes. However, the clubs have gone further than many expected if they were indeed playing a game of bluff.

Football authorities, along with the clubs not involved in the Super League, called urgent meetings on Monday as they scrambled to respond and resolve the chaos.

German giants Bayern Munich and Borussia Dortmund and France’s Paris Saint-Germain have chosen not to join, in an early blow to the potential league.

Former Arsenal manager Arsène Wenger, who is now the FIFA head of global football development, told TalkSport the idea “will not go far.”

“I would say it’s a bad idea. Football has to stay united; it’s the most important thing. It’s based on sporting merit and to respect the history that has been built from European football,” he said.

From the archives (May 2016): Leicester City overcomes history and 5,000-to-1 odds to win Premier League

In a year in which Covid-19 caused more than 1.7 million deaths worldwide, sports competitions took place amid much debate over their necessity and...
Read more
USA

In less than a year, more Americans have died of COVID-19 than died during World War II, according to Johns Hopkins University data.In the...
Read more
World News

In the 2022 U.S. News & World Report Best Graduate Schools rankings, the three universities within the University of Illinois System have more than...
Read more

Steve Wozniak’s New Cryptocurrency Increased 1,400% In Value In Less Than a Week – Entrepreneur

The Apple co-founder's WOZX was launched on December 3 on HBTC, one of the largest cryptocurrency exchanges in the world. Free Book...
Read more

Yuriko Nakao | Getty ImagesBitcoin slumped for a second day Thursday, taking the digital currency's losses to more than 10% over 48 hours and...
Read more

Choose To Challenge: Issues and reasons to hope for women’s sport in today’s climate – CBC.ca

TribLIVE's Daily and Weekly email newsletters deliver the news you want and information you need, right to your inbox. 1875 — Harvard...
Read more