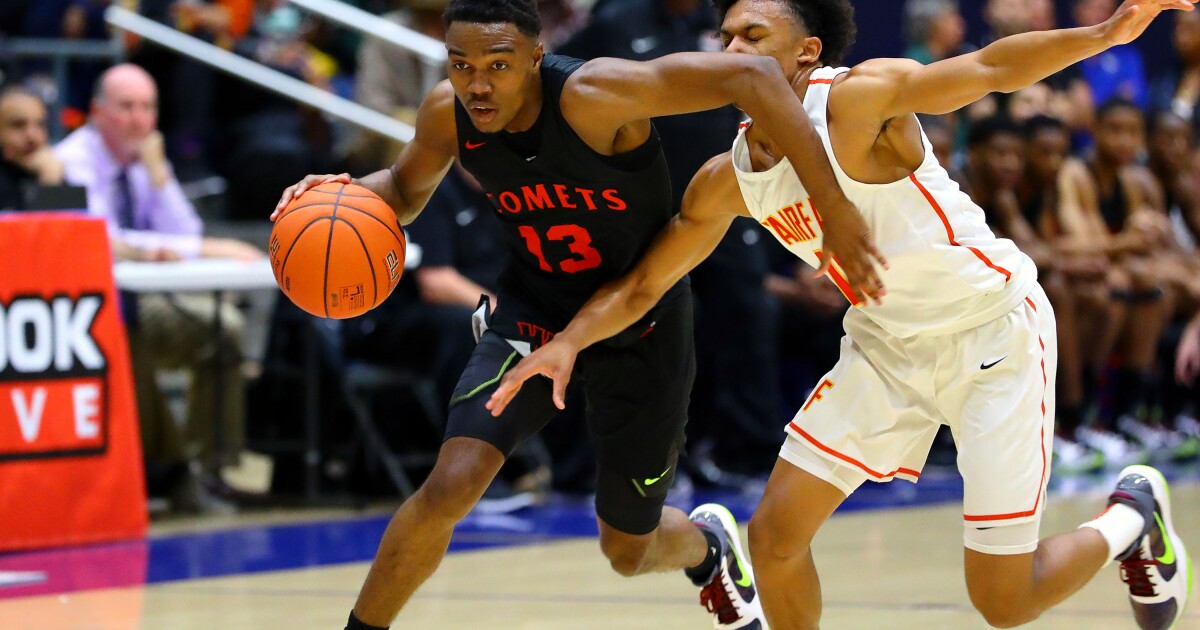 The Los Angeles Unified School District has given approval for schools to start holding indoor practices and games in campus gyms starting Monday. That clears the way for basketball, wrestling, swimming and volleyball to take place while following safety protocols.

It means Ed Azzam of Westchester, the winningest boys’ basketball coach in City Section history with more than 900 victories and 15 City titles, will get the chance to coach this season. He has been head coach since 1979.

How long Azzam and other coaches will need to get their players in shape and ready to play games will be interesting. Azzam said he hasn’t seen or worked with his players since March of 2020.
“We can’t even get outdoors,” he said of the restrictions that have been in place.

The coach said he’ll see how many players will be cleared to begin practice Monday.

“If we get league and playoffs, that’s great,” he said of a possible schedule. “Right now there’s nothing.”

League schedules will have to be finalized. LAUSD teams also are restricted to playing only other LAUSD teams. The City Section has said it intends to hold playoffs for spring sports teams but the school year ends on June 11, not leaving a lot of time.

Also some teams already have lost players to other schools and other states because of the delay in restarting sports in the middle of a pandemic.

Bort Escoto, the basketball coach at Sylmar, said he also has had no workouts, indoors or outdoors, since March of 2020. Many of his players are playing volleyball, and there’s an LAUSD rule that you can’t play two sports at the same time.

“For the kids, I’m not ready,” he said after hearing the news of indoor sports returning. “Between now and Monday, I better find some energy.”

Fairfax, which lost to Westchester in last season’s Open Division final, can’t even use its gym because it’s being used as a testing site. But Fairfax coach Reggie Morris Jr. said he’s ready to go with the flow.

“It will be about having some fun and helping out the seniors,” he said.

Fairfax returns Barry Wilds and has six freshmen who will get experience for next season.

From the sports editor’s desk | For Cheelys, it’s bigger than softball – Champaign/Urbana News-Gazette

The Latest: Japan to tighten border control against variants – The Associated Press

TOKYO — Transportation minister Kazuyoshi Akaba says Japan will tighten border controls and limit the number of entrants to up to 2,000 per day...
Read more
USA

To register your club or league, begin by logging in to your individual account at my.usacricket.org. In the left hand navigation, click My...
Read more
Cryptocurrencies

Bank of England Governor Andrew Bailey.Simon Dawson | Bloomberg via Getty ImagesLONDON — Cryptocurrencies "have no intrinsic value" and people who invest in them...
Read more

Arsenal manager Mikel Arteta said that qualifying for European competition next season is the minimum expectation at the club but that he was...
Read more
Business

Exelon has struck a deal to sell its solar energy farms for $810 million. The Dec. 8 deal with Toronto-based Brookfield Renewable Partners was disclosed...
Read more
Cryptocurrencies

It’s Not Too Late To Invest In Cryptocurrency, Says StormGain CEO – Yahoo Finance

Many people are interested in investing and trading in cryptocurrency but have never engaged with financial markets before. This leaves them with multiple questions...
Read more

Here are the 10 biggest economies in the world — before the pandemic vs. now – CNBC

INDIANAPOLIS — Police on Friday night named the eight victims, ranging in age from 19 to 74, who were killed when a gunman carried out the country's latest...
Read more

Growing up, Alex Morgan didn’t know that being a female soccer player was a full-time job. Since media attention was so sparse year-round, Morgan...
Read more
USA

INDIANAPOLIS — Police on Friday night named the eight victims, ranging in age from 19 to 74, who were killed when a gunman carried out the country's latest...
Read more
World News

Early results have shown a 25% infection rate in some areas, but another recent survey of participants in a vaccine trial came back with...
Read more