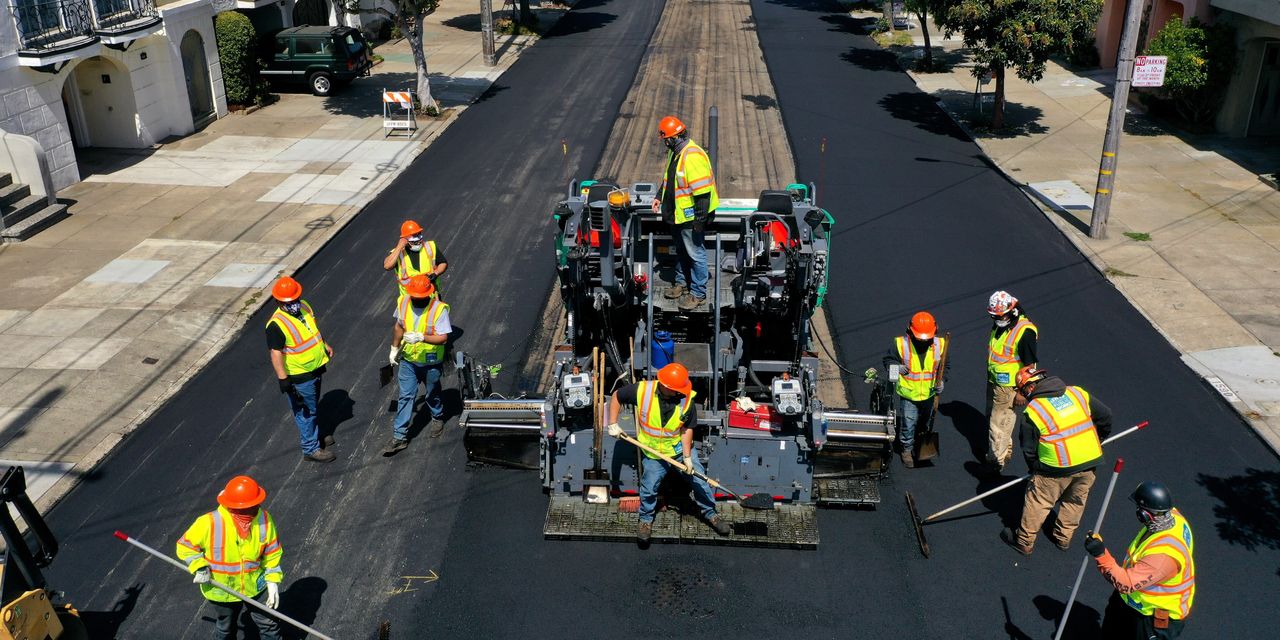 The outlook: The U.S. economy grew faster in the early spring and more companies sought to hire new workers, a Federal Reserve survey showed, but inflation also picked up and companies faced an array of shortages that are hindering production.

“National economic activity accelerated to a moderate pace from late February to early April,” according to the Federal Reserve’s Beige Book survey of the economy.

The survey covers the six weeks leading up to April 5.

What happened: Consumer spending improved across the country after Washington sent out $1,400 stimulus checks to most Americans.

What also helped, the Fed said, was an increase in hiring that put more people back to work and boosted incomes. The U.S. added more than 900,000 new jobs in March.

Yet many companies also said it’s hard to find suitable talent or get people to take job offers, especially in lower-paying jobs.

Many companies told the Fed the recent extension of unemployment benefits could be deterring some people from accepting new jobs.

Some are raising wages or offering hiring bonuses to lure prospective workers.

The level of inflation, meanwhile, increased slightly from earlier in the year. Companies paid more for lots of key supplies such as metals, fuel, food and lumber. In some cases, supply shortages were also holding back production.

Read: Used-car prices soar and the sticker shock may get worse

“Businesses also expressed concern about rising inflation over the rest of the year,” the Boston Fed said.

The pace of inflation as measured by the consumer price index jumped to a more than 2 1/2-year high of 2.6% in March, underscoring the growing worries about inflation.

Senior Fed officials predict the spike in inflation is only temporary and will fade as the economy returns to normal and pentup demand is satisfied.

Big picture: The economy has sped up again this year after a big drop in coronavirus cases, rising vacations and looser government restrictions. Businesses are hiring more workers and consumers are spending gobs of money after the government doled out more stimulus checks.

The U.S. is expected to grow as much as 7% in 2021 and regain millions of jobs erased by the coronavirus — but only if the pandemic continues to abate.

The number of cases nationwide wide has stopped declining, and even risen in some parts of the country, despite an accelerating number of people being vaccinated.

What they are saying? “The U.S. economy is accelerating, but also starting to fan prices,” said senior economist Sal Guatieri of BMO Capital Markets.

Yuriko Nakao | Getty ImagesGovernments around the world may start to clamp down on the use of bitcoin and other cryptocurrencies, the CEO of...
Read more
Economy

Data this week will offer more insight into the economy’s performance at the end of 2020. Monday China’s consumer prices are expected to be...
Read more

Inventory Manager getty Small and medium-sized companies have many challenges, which are opportunities for improvement. Time-tested...
Read more
Stock

U.S. stocks rose on Friday as investors bet again on stocks that would benefit from a potential effective vaccine and economic recovery next year.The...
Read more

LINCOLN, Neb. (KOLN) - Over the last nine months, many people have picked up new hobbies since there are a limited number of things...
Read more
Business

On June 24, in 2012, I was watching on television how Egyptians achieved victory by announcing Mohammed Morsi a president for their country. I...
Read more