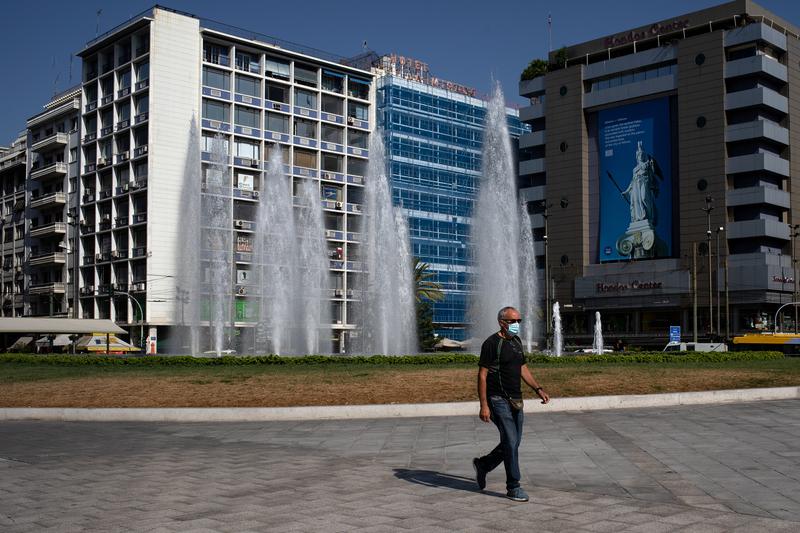 ATHENS (Reuters) – Greece’s economy is seen growing by 4.8% in 2022 after an estimated 4.2% recovery this year, the country’s central banker said in a TV interview on Sunday.

The economy contracted by 8.2% last year, less than expected, despite much lower tourism revenues and tough restrictions the Greek government imposed to contain the spread of the coronavirus pandemic.

In an interview with Greek Antenna television aired on Sunday, Bank of Greece Governor Yannis Stournaras said that the bank’s growth projections were uncertain as the pandemic still posed serious risks.

Greece’s economy is expected to grow by an annual rate of about 3.5% in the current decade thanks to the billions of euros from a recovery package agreed with EU leaders last year and other EU funds, Stournaras said.

“A 3.5% (growth rate) in the decade is a very realistic target for me, as long as we move fast,” he said, adding that Greece should reform its state sector to be in a better position to absorb those funds.

Greece is expected to get some 32 billion euros in grants and cheap loans from the European Union recovery fund in the coming years.

While the country had fared better than many other European countries, a surge of COVID-19 infections forced the government in November to reimpose a lockdown it had previously lifted. (Graphic: tmsnrt.rs/34pvUyi)

Greece hopes that millions of free home-testing kits it began distributing this week and ramping up of COVID-19 vaccinations will help reopen its tourism sector next month and save the all-important summer season.

Vaccines are on the horizon in the U.S., and distribution could potentially begin by mid-December.Two companies – Pfizer and Moderna – have already applied...
Read more
Sports

(WBNG) -- Saturday was filled with Section IV football. Check out scores from a busy afternoon on the gridiron! ...
Read more
Cryptocurrencies

In a recent development, the Securities and Exchange Commission of Pakistan (SECP) has published a position paper on the regulation of virtual asset...
Read more

In his inaugural speech Wednesday, President Joe Biden called on Americans to put aside their differences and work together to strengthen democracy and repair...
Read more
Business

When You’re a Small Business, E-Commerce Is Tougher Than It Looks – The New York Times

A chair sits in the middle of Holiday Market, a specialty grocer near Detroit, and if customers are lucky, they’ll find Tom Violante Sr....
Read more

The presidential election is over. What does that mean for the economy? – Marketplace

The uncertainty surrounding this year’s presidential election had some investors and watchers worried about what contested results could mean for the economy. In late...
Read more
World News