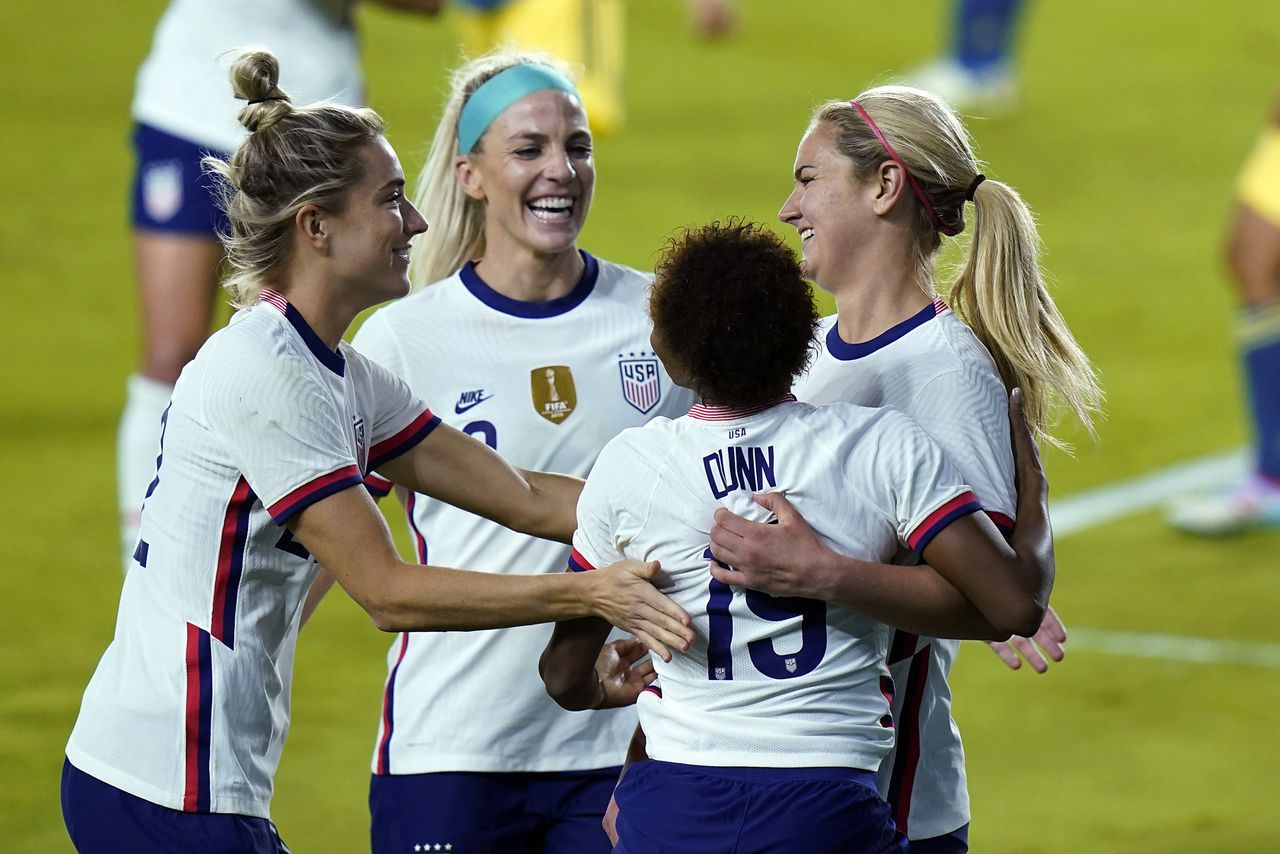 The United States Women’s National Team returns to the pitch on Saturday for the first time since they repeated as SheBelieves Cup champions in February when it heads overseas to take on Sweden. Unbeaten in its first five matches of 2021, this will be the toughest test yet for the USWNT, as the motivated Swedes are the No. 5 ranked country in the world and playing their first home game since October 2020. Among those that will likely get the start from manager Vlatko Andonovski are Alex Morgan, Julie Ertz, Kristie and Sam Mewis, and Rose Lavelle, while Christen Press and Abby Dahlkemper should feature as well.

Saturday’s match will air on FOX via your TV provider. If you don’t have cable, you can watch the game online for free by signing up for a free trial of fuboTV or Sling.

Live stream: FOX Sports GO | Sling | fuboTV – If you have a cable subscription, you can catch the broadcast via FOX Sports GO. If not, you can sign up for fuboTV or Sling (or use their free trial).

More coverage via the Associated Press

The National Women’s Soccer League and the NWSL Players Association have begun negotiations on the league’s first collective bargaining agreement.

“The sustainability of our League is inextricably linked to the stability of players’ careers,” players association executive director Meghann Burke said in a prepared statement Wednesday. “Through this CBA, we seek to secure stability, equity, and longevity of a playing career in NWSL for all players.”

The collective bargaining process began in late 2020, the league said. The two sides had already worked together on issues including player health and safety and pay ahead of last summer’s Challenge Cup, played in a bubble in Utah. The NWSL was the first professional U.S. team sports league to return amid the coronavirus pandemic. Players who opted out of the tournament for personal reasons were still guaranteed salaries and insurance.

“The collaboration between the league’s clubs and the players has been absolutely critical to our collective success this past year,” NWSL Commissioner Lisa Baird said. “On building on that trust and partnership, and I’m very glad to be working with Meghann Burke in her new role as the director, I think we’re all eager to better define the relationship between the league and the extraordinary women that take the pitch each week. I’m grateful to the PA’s leadership thus far in thoughtfully engaging in this process.”

The players association announced Monday that Burke, the union’s general counsel since 2017 and chief operating officer since last year, would take over as full-time executive director.

The players association was founded in 2017 and serves as the bargaining representative for all NWSL players who are not allocated by the U.S. and Canadian national teams.

“I’m just really proud of the players and the union, and the leadership from the players to drive this forward, because a league that is better for everybody playing in it is certainly going to be better for everyone that comes after us as well,” Portland Thorns defender Meghan Klingenberg said. “We love to play soccer. We’re passionate about it. We want to be soccer players for as long as we can. But also we know that we are leaving a legacy behind. And this is one way that we can ensure that sports for women is left in a better place than when we found it.”

The NWSL has 10 teams and will open its ninth season May 15. The league kicks off its preseason Challenge Cup tournament Friday.

Piers Morgan stands by his comments he made Monday on ITV's "Good Morning Britain" about Duchess Meghan and Prince Harry's interview with Oprah Winfrey that led to his departure from...
Read more
European Premier League

The Premier League standings have looked wild early in the 2020-21 season, and it is likely that will be the case throughout this campaign. Plenty...
Read more
Sports

The relationship between governments and cryptocurrencies has always been tense. In some countries, this has led to outright bans on buying, owning, and trading. The...
Read more
Sports

The Transformation of a Soccer Club, and the Ways We Value Women’s Sports – The New Yorker

Stocks sank on Tuesday as tech stocks extended their declines.The S&P 500 was on track to fall for a sixth straight day for its...
Read more
World News

Kenya on Friday began vaccinating healthcare workers against the coronavirus two days after the first consignment of one million doses of the AstraZeneca vaccines...
Read more

Consumers shook off the pandemic blues as 2021 began, putting stimulus checks to work buying cars and other goods and helping set the stage...
Read more
Sports

Story Links WEST LAFAYETTE, Ind. – They lived on the same floor in Third Street Suites as freshmen, but it was a...
Read more
Business

BLUE BELL, Pa., April 20, 2021 /PRNewswire/ -- U.S. business leaders are out of touch with what employees want from a hybrid workplace experience,...
Read more