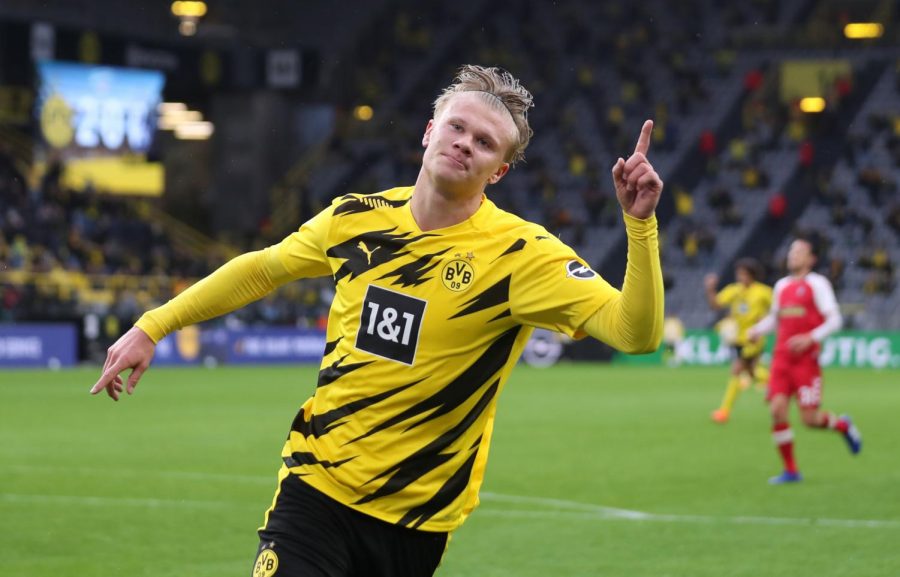 As the soccer season dwindles down in leagues around the world, including the Premier League, Serie A and La Liga, some of Europe’s elite teams remain in tight competition that promises the most coveted trophy in all of club football: the European Champions Club’s Cup.

On April 7, two more mega battles between Bayern Munich against Paris Saint-Germain and Porto against Chelsea. These games will be the first leg out of two. The second leg matches will occur a week later.

The record holders though are not the same team of old. They are not the Madrid of Zinedine Zidane and David Beckham, or even of Cristiano Ronaldo just a half a decade ago. However, they are still a quality team that has fought their way to  second place in La Liga, at the time of writing.

In this matchup, they will rely on their best talisman this season, Karim Benzema,  up front and hope that guys like Luka Modric and Raphael Varane can anchor the midfield and the defense. One thing to note though is that they will be without their decorated captain Sergio Ramos who will be missing both legs.

The current champions of England, who have had a rather surprising and underwhelming season, are coming off a 3-0 win against Arsenal at the Emirates in the Premier League. Diogo Jota continued his excellent play and scored two goals to propel the Reds to victory.

Even though Klopp’s men have had a mini debacle and find themselves out of the top 4 in England at the moment, they are still the team that won a European Cup and pushed Guardiola’s City to the max while attaining 97 and 99 points in a single Premier League season in back-to-back years.

With that being said, they have not played like that same team this season. Maybe it’s because of their tired legs catching up to them or maybe it’s the players are mentally checked out or not up to par after two otherworldly seasons. Whatever the answer may be, Liverpool has been picking up form lately and will have it out for Madrid. Liverpool is gunning for revenge because of that 2018 Champions League Final in Kyiv where Real Madrid triumphed over the men in red.

Ultimately, we will see Liverpool advance after both legs in a tight knit tie to face Chelsea who will come out on top in their tie against Porto.

Many may see this Chelsea v. Porto match up as the most one sided match ups in this draw, and it most likely is. Porto will present a problem, but it will not be enough to overpower Tuchel’s men.

The new man in charge at Stamford Bridge has changed the team for the better and despite this last weekend’s surprising 2-5 loss to West Bromwich Albion, Chelsea will book their ticket to the UCL Semi-Finals to face Liverpool.

On the other side of the bracket we will see Manchester City, who has been on fire this season, take on the Norwegian Cyborg Erling Haaland and Borussia Dortmund in a highly anticipated matchup. Some may also see this as the prelude to Erling Haaland joining City in the summer. After all, his dad did play there back in the day.

Manchester City will go on to progress after two hard fought battles as long as Pep Guardiola does not overthink and come out with questionable tactics like he did against Lyon in the round of 16 last year. Needless to say, that did not go well.

If City turns up and play the football they’ve been playing all season, dominating the possession, creating chances through the midfield with KDB or be it with a full back like Joao Cancelo who can push up from the defense and operate as a creative box to box midfielder, they will find a way through. Of course, BVB will not be a pushover and will stand their ground. We can expect to see a goal or two across the two legs but don’t think it will be too rough to throw City off their game.

In the last quarter-final, the current holders, Bayern Munich, will face off against the Champions of France, Paris Saint-Germain. This is a team spearheaded by the world’s most promising youngster next to Erling Haaland, Kylian Mbappe. And of course, we can’t forget about Neymar who will be ready to suit up for the tie. Ultimately though, the Bavarians will be too much for the Parisians as Ballon D’Or candidate Robert Lewandowski will continue to show why he is the best striker in the world. Joshua Kimmich will continue to anchor the defense with Thomas Muller linking the attack as well. Bayern will punch their ticket to face Manchester City in the semi-finals.

Many things can happen from upsets to injuries, so any concrete predictions would be foolish. Barring anything outstanding, Bayern Munich should emerge out of one side of the bracket to face Liverpool in a UCL final of heavyweights.

Why are the rules being introduced?When the UK leaves the EU on December 31, players from European clubs of any age will not be...
Read more
World News

One reason given to justify a cancellation - aside from things like war or civil disorder - is that if "the IOC has reasonable...
Read more

Expectations for India’s economic growth are being revised sharply lower as a surge in people losing their jobs and defaulting on debt suggest a...
Read more
Stock

TipRanksThese 3 “Strong Buy” Stocks Are Top Picks for 2021, Say AnalystsSome traditions are too time-honored to shirk, and on Wall Street, the annual...
Read more
Stock

TipRanksThese 2 Penny Stocks Could Rack up Triple-Digit Gains, Say AnalystsIs a pause to the stock market’s continued surge finally in the cards? The...
Read more

Tiffany Hagler-Geard | Bloomberg | Getty ImagesThe stock market is known for being unpredictable and volatile, and any sense of normalcy was blown up...
Read more
European Premier League

European Super League: Key questions left behind: How did it unravel so quickly? What are the ramifications? – Sky Sports

Tom Saler: What is the problem that cryptocurrencies are supposedly solving? – Milwaukee Journal Sentinel

This content is only available to subscribers.$1 for 6 months. Save 98%.Subscribe NowYour subscription supports:Investigative reporting that keeps citizens in charge of our democracyExpert...
Read more
Stock

A bulk loader is docked at a grain unloading and transfer facility at the Port of Nansha, operated...
Read more