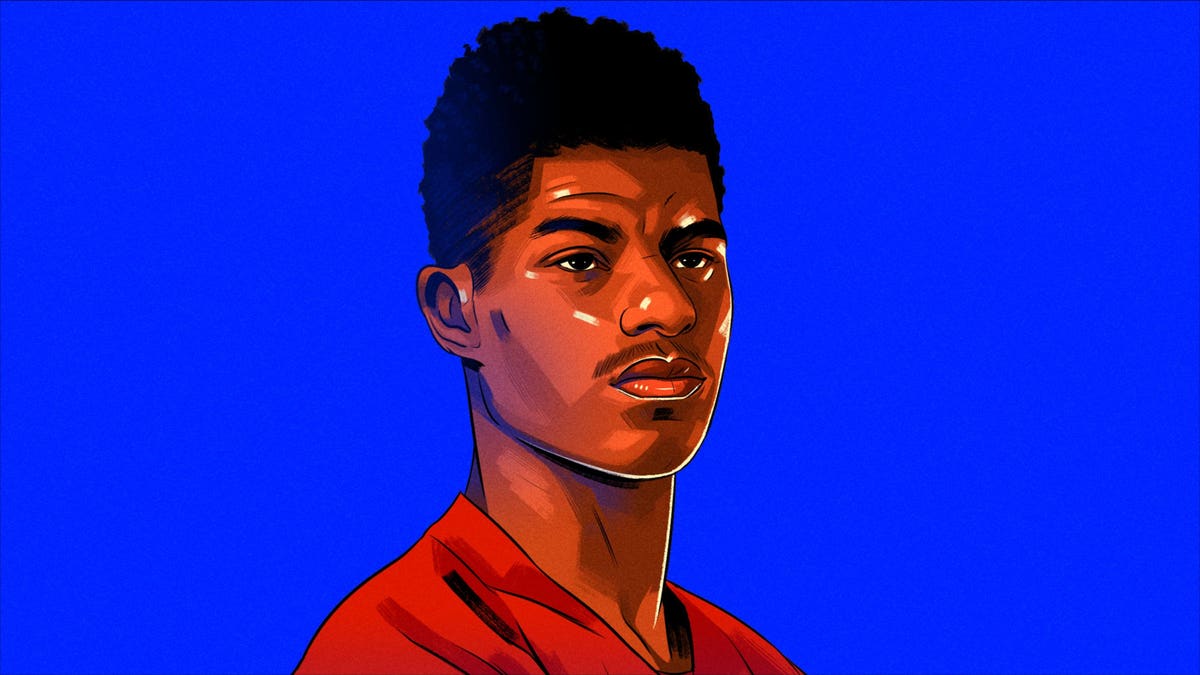 In a world under lockdown, members of the 2021 Forbes 30 Under 30 Europe Sports & Games class remind us just how impactful leadership can be in times of crisis.

In a year marred by the spread of Covid-19, government lockdowns and economic struggles, members of the Forbes 2021 30 Under 30 Europe Sports & Games list reminded us just how impactful leadership can be in times of crisis. This select group chose not to rest on their laurels (in these crazy times, none would be knocked if they had) and continued to fight long-standing issues, such as representation, diversity, gender equity and child hunger, which was amplified by the pandemic.

Manchester United’s Marcus Rashford sprang into action almost immediately after the pandemic exacerbated an issue close to his heart – child hunger and poverty. At just 23 years old, the star striker confidently campaigned the British Government into policy reforms that guaranteed 1.7 million children access to vital food sources during the pandemic. Rashford, who has scored 10 club goals this season for the Red Devils, also raised more than £20 million through food charity FareShare, secured funding for 15 youth centers and is writing a series of children’s books.

Israeli bobsled star Adam Edelman might well be at the other end of the fame spectrum compared to a Premier League football star, but this MIT graduate who taught himself the dangerous art of skeleton bobsled from watching YouTube videos has used his platform to campaign against bullying as an advocate for LGBTQ+ representation in sport. Despite not having heard of him, our judges found Edelman’s story compelling.

On the business side of the sport world, Anna Chanduvi, Facebook’s sports media partnership guru in the EMEA region, has balanced her day job with founding WBR Network, a social-first production company championing women in sports, and Sport Equity, an NGO promoting gender equity in the industry. Aston Villa and England defender Tyrone Mings, a list-maker in 2020 who came back to judge the 2021 list, described Chanduvi’s extracurricular work as an “amazing initiative” adding, “Anna has demonstrated a real drive to be right at the front of social change and business excellence.”

The era of “stick to sports” continues to fade, with more stars using their fame to positively impact society, says Werber. He adds, “Recognizing these activities by us, the judges, in our ratings is sending a strong message that in our generation, social responsibility and activism, and not only championships and record breaking, is a fundamental part of being an admired sport star.”

Chelsea’s Danish goal-getter Pernille Harder, a two-time UEFA Women’s Player of the Year, LGBTQ+ rights advocate and a member of Common Goal, a social activism group in football, is one living example of that sentiment. Rugby star Maro Itoje of England and Saracens has also lived up to the call, tackling issues on identity and winning praise for articulating what it is to be both Nigerian and English in a fiercely patriotic sport. Mings calls Itoje a “driver for change” in a sport that’s tough to nudge in that direction.

“It is difficult in rugby to tackle diversity because as a sport, it’s definitely not as progressive as football and certainly not as open to change,” Mings says. “Maro has demonstrated his social awareness multiple times and I think will go on to be a very key figure across the world of rugby, politics and business.”

“Social responsibility and activism, and not only championships and record breaking, is a fundamental part of being an admired sport star.”

In the emerging world of esports the likes of Lasse Aukusti Urpalainen and Mathieu Herbaut have won big money and acclaim for their respective performances over the year. But gaming, not just esports, is emerging as an industry where young talent can force change for the better. Karla Reyes from Square Enix and Code Coven is working to bring unrepresented talent to the forefront of the games industry, while the sheer energy toward raising the voices of marginalized genders of Marina Díez Pereiro, a game developer and founder of Three of Cups Games, was celebrated by Werber for a career so far built on a “unique character and virtues.”

Members of Forbes’ 30 Under 30 Europe Sports & Games list were selected from a wide pool of candidates cultivated from a variety of sources, including a public online nomination form, Under 30 alumni, sports industry contacts and internal research. Our panel of judges consisted of: Mary Antieul, director of operations, research & strategy for Belong at Vindex LLC, Tyrone Mings, a Premier League footballer and 30 Under 30 alumnus, Florence Schelling, a bronze medalist in Olympic ice hockey and general manager of Swiss hockey club SC Bern, and Alon Werber, CEO of sports tech firm Pixellot.

This year’s list was edited by Justin Birnbaum and David Dawkins.

Saturday Sports: Breaking Down MLB Trades And The Latest From The Olympics – NPR

Podcast: How can sports be more inclusive of transgender athletes? – NBC Olympics

2021 could be a year of healing for both people and the economy. As the calendar turns over a new year, we'll look...
Read more
European Premier League

Italy vs England time: Why is the Euro 2020 final kicking off so late tonight? – The Athletic

Why is 8pm BST the chosen time?A late evening time (9pm CET) has been the preferred time for evening kick-offs in Europe for a...
Read more
Sports

Leaders in Louisiana’s tourism industry—particularly those centered on New Orleans—say the restrictions on transgender people currently under consideration in the state Legislature may drive...
Read more
European Premier League

The Europa League returns Thursday, with clubs squaring off in the Round of 32 of the competition. For those who aren’t familiar with the event,...
Read more
Business

Second round of grants announced for women and minority business owners in Culpeper – starexponent.com

Nandan Nilekani has called on India to embrace cryptocurrencies as an asset class as authorities round the world grapple with how to accommodate the...
Read more
Sports

Officials with Aurora Fire Rescue respond to a fire inside of the forthcoming Fieldhouse USA location in the 14000 block of East Alameda Parkway...
Read more
European Premier League

It appears the summer travel season is back.That's according to Tripadvisor CEO Stephen Kaufer.He says he's seen a return to pre-pandemic demand for...
Read more