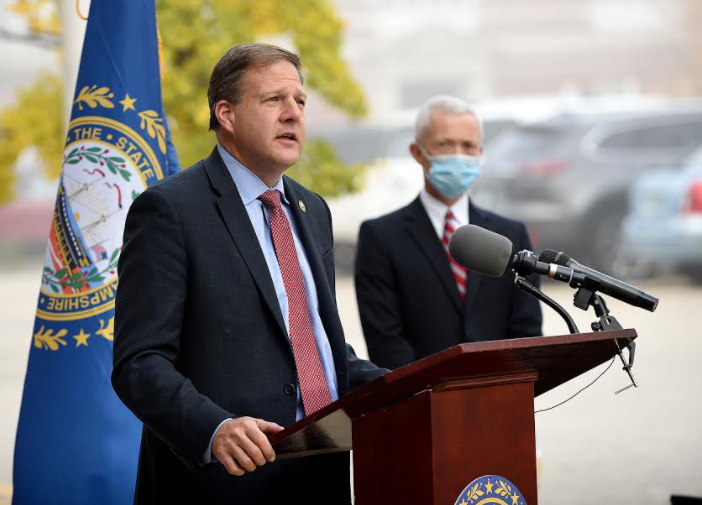 CONCORD – The forecasted state budget deficit for the current year was likely to shrink further, as March proved to be a banner month for the collection of state taxes and fees.

For March, state government took in $701 million, which was 24.6 million or 3.6% more than had been expected, according to the state Department of Revenue’s report.

With nine months of the year complete, the state has brought in $2.03 billion thus far, which was $127.5 million or 6.7% more than forecast.

On a cash basis, the revenue surplus is $31 million more, but that’s the amount of money paid in taxes that belongs in the previous budget year that ended last June 30, officials said.

March is one of the four big months for receipts from the 7.7% tax on corporate profits and the .6% business enterprise tax.

Those two business taxes brought in $116 million or 11.6% over plan for the month.

Gov. Chris Sununu estimated last month that the state budget deficit was about $50 million, due mainly to the slowdown of the economy caused by COVID-19.  At the height of the pandemic, Sununu had predicted the state could face up to $400 million in red ink.

The state’s soaring real estate market also has contributed to the strong performance of state taxes.

Buyers and sellers of property pay a real estate transfer tax equal to 75 cents for every $100 of property value.   The tax has raised for the year $153 million, which was $32.8 million or 27% more than expected.

The tax on cigarettes and tobacco products also has been strong, for the year bringing in $183 million, or $33 million (21.8%) more than predicted.

The biggest decline in revenue due to COVID-19 has been the state’s 9% tax on restaurant meals and hotel rentals.

The hospitality industry has in the late spring begun to make a relative comeback as the state has loosened restrictions on dining capacity.

In March, for example, revenues were off the forecast but only by 4%.

The healthy business tax performance will likely become a talking point as the Legislature considers whether to cut both business taxes.

The business tax cuts are likely to become part of the negotiations this June over a two-year state budget.

The Thai government has outlawed sharing news that “causes public fear”, even if such reports are true, as officials face mounting criticism over their...
Read more
Sports

Irv Cross, who spent nine seasons as an NFL cornerback and later became the first Black man to work full-time as...
Read more

Why Is the Stock Market Down Today? Because It’s Not Just Tech Stocks Anymore. – Barron’s

Markets Now Down What started as a selloff in tech stocks has become a general...
Read more
Sports

Smith: How did Houston sports become so messed up? – Houston Chronicle

The last 13 months have been tough on Houston’s sports psyche.What’s next: J.J. Watt telling the football world that the Texans must trade him,...
Read more
Economy

Will asset-price bubbles burst and tear down the economy? Here’s what leading luminaries say. – MarketWatch

It’s the time of year for the summer’s hottest read — not the Sports Illustrated swimsuit issue, but the summer edition of The International...
Read more

Last March, when Covid-19 infected the world economy, many observers feared that emerging markets and developing countries would suffer the most, financially and otherwise....
Read more
Cryptocurrencies

by Priya Dialani June 10, 2021 These top 10 cryptocurrencies by value are definitely worth analyzing.Cryptocurrency is no more a buzzword. We are reading about...
Read more
Economy

Feelgood factor: what an England victory in Euro 2020 could mean for the economy – The Guardian

On Saturday 30 July 1966 the then prime minister, Harold Wilson, took his seat in the royal box at Wembley to watch England play...
Read more

The outbreak has been fuelled by more transmissible variants of the virus and a lack of co-ordinated national measures. The situation has improved in...
Read more
World News

Kenya on Friday began vaccinating healthcare workers against the coronavirus two days after the first consignment of one million doses of the AstraZeneca vaccines...
Read more
USA

Getty Images The U.S. men's national team is set to square off against Jamaica on Thursday at Stadion Wiener Neustadt in...
Read more