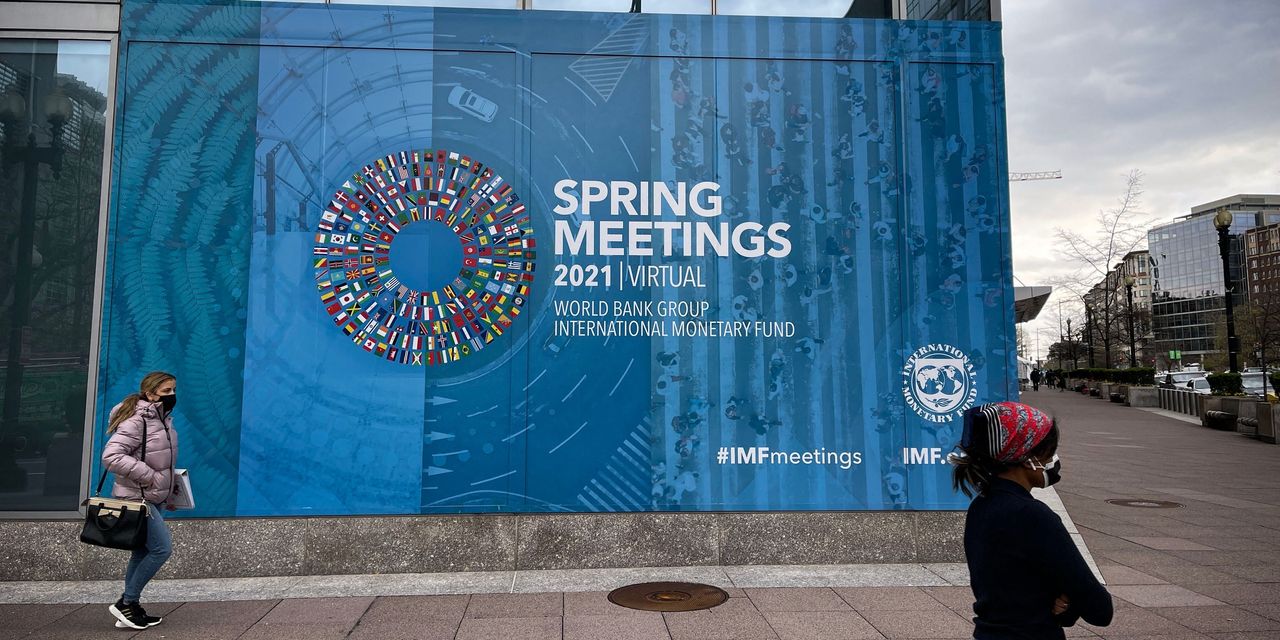 WASHINGTON—The world’s top economic officials plan to focus at a virtual meeting this week on the prospect of new Covid-19 variants and shutdowns undermining the global rebound, while weighing measures to prevent lasting damage to the poorest and most vulnerable populations.

The international economy is recovering faster than many economists projected just weeks ago, powered by growth in the U.S. and China and by the accelerating pace of vaccinations in many rich countries. Yet a new wave of lockdowns—from Europe to Canada—is threatening that growth, as many low- and middle-income nations with limited resources lag behind.

“The window of opportunity is closing fast,” said Kristalina Georgieva, managing director of the International Monetary Fund, co-host with the World Bank of the gathering, in previewing the issues facing central bankers and finance ministers. “The longer it takes to speed up vaccine production and rollout, the harder it will be to achieve these gains,” she said.

In a report to be released on Tuesday, the IMF plans to raise its forecast for global growth for this year, from the 5.5% expansion projected in January, Ms. Georgieva said in her presentation Wednesday. That would follow an estimated 3.5% contraction in 2020, the worst peacetime outcome since the Great Depression.

The annual spring meeting of the IMF and the World Bank will be held virtually between April 5 and 11, bringing together policy makers from the Group of 20 nations and others. The pandemic response, including vaccine distribution and aid to struggling nations, is expected to dominate the conversations this year. Officials will also discuss ways to rebuild the global economy, with a particular focus on strengthening the resilience against climate change.

In February 2020, the families of three cisgender girls filed a federal lawsuit against the Connecticut Association of Schools, the nonprofit Connecticut Interscholastic...
Read more
Sports

The cryptocurrency market started 2021 on the back of substantial gains in December 2020. The overall market cap of cryptocurrencies jumped from approximately...
Read more

Eight years ago, Massy Arias started a fitness routine as a way to manage her depression. Little did she know at the time, she was...
Read more
Stock

TipRanksWells Fargo: 3 Chip Stocks to Buy as We Head Into 2021Semiconductors are one of the modern world’s essential industries, making possible so much...
Read more
World News

In Kannauj, Kanpur, Unnao, and Prayagraj, the river bed is dotted with shallow graves. Videos sent to the BBC from the Mehndi ghat embankment...
Read more

A British judge ruled Monday that WikiLeaks founder Julian Assange should not be extradited to the U.S. on espionage charges because he is a suicide risk,...
Read more
Sports

UEFA proposals for more matchdays in a new-look Champions League are a cause for "strong concern", according to the body representing domestic leagues across...
Read more
European Premier League

SINGAPORE: In European football, incidents of racial discrimination, either on the pitch or online, are a regular feature of every season. Frequently, there are...
Read more