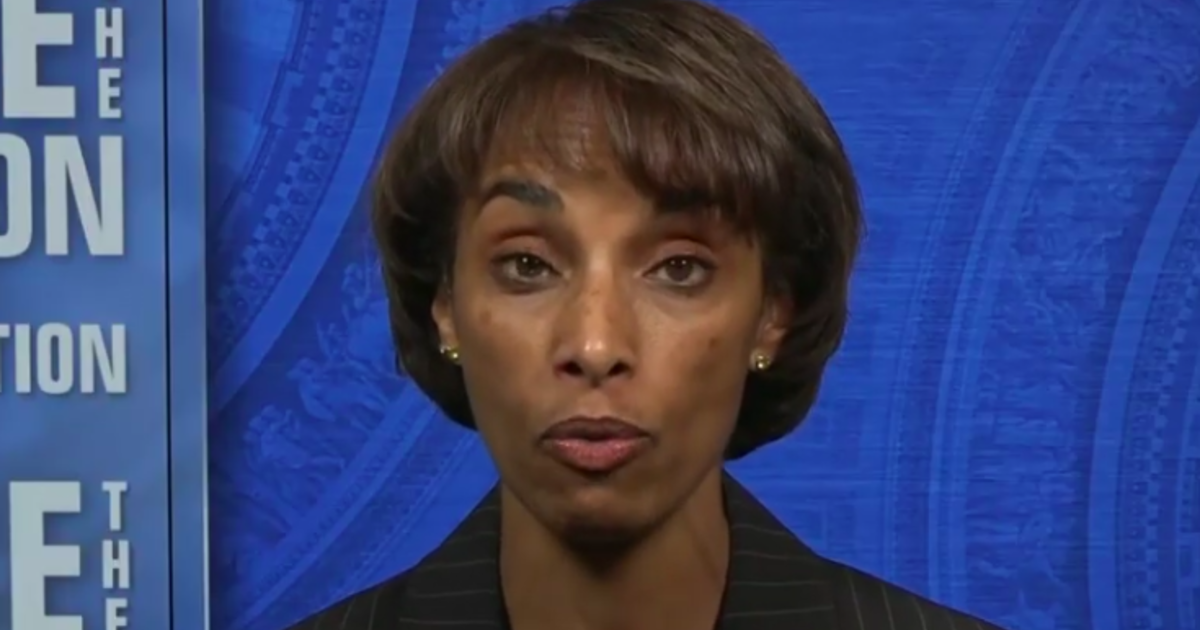 Washington — Cecilia Rouse, the top economic adviser to President Biden, said the $2 trillion infrastructure plan rolled out by the White House last week “meets the needs of a 21st century economy” as it looks beyond the traditional focus on roads and bridges and would benefit the U.S. economy as the nation continues toward recovery from the coronavirus pandemic.

“I think it’s important that we upgrade our definition of infrastructure, one that meets the needs of a 21st century economy,” Rouse said in an interview with “Face the Nation” that aired Sunday. “And that means we need to be funding and incentivizing those structures that allow us to maximize our economic activity.”

Mr. Biden on Wednesday unveiled the first part of his sweeping two-part infrastructure package, which devotes $621 billion to rebuilding the nation’s highways and roads, repairing more than 10,000 bridges, and improving major airports. The package includes $200 billion for affordable housing units, $18 billion for updating veterans’ hospitals and $111 billion to ensure schools have clean, lead-free water. The president’s proposal also calls for $25 billion to upgrade child care facilities and provides incentives for private businesses to build their own care centers, while boosting the supply of child care facilities in high-need areas.

Rouse said Mr. Biden’s infrastructure plan, called the American Jobs Plan, recognizes “that care is an important part of our infrastructure if workers are going to be able to go back to work.”

“The idea is to provide incentives for child care centers to be built where there are none, and also for employers to develop their own child care systems so that it makes it that much easier for their workers to be able to drop off their children, know that their children are being well taken care of while they’re able to also work outside the home and do the kind of work that they find fulfilling or that they want to do,” she said.

To pay for his $2 trillion plan, Mr. Biden calls for an increase in the corporate tax rate from 21% to 28% and a rise in the global minimum tax paid from 13% to 21%. But business groups have warned raising taxes on corporations will put the U.S. at a competitive disadvantage and harm the nation’s ability to lead the recovery from the pandemic.

But Rouse, who chairs the Council of Economic Advisers, disagreed and said Mr. Biden believes corporations should be paying their fair share.

“They all use the roads and bridges and the public goods that are going to be created by these investments,” she said. “And they should be paying their fair share of the taxes in order for us to be able to do so.”

Mr. Biden on Friday said independent analysis shows his plan could create 19 million jobs, and Rouse said some will come from traditional infrastructure, while others will come from research and development.

“The scientists and engineers will be thinking through the innovations that will ensure that our economy is being, you know, is being smart and is developing solutions to the knotty problems that we need to solve if we’re going to really address climate change and be prepared to, you know, continue to flourish as we go forward,” she said.

The second part of Mr. Biden’s plan, focused on so-called “human infrastructure,” is expected to be unveiled next month and is likely to include plans to provide free community college to some Americans and expand pre-kindergarten classes.

While the president is making his infrastructure push, lawmakers in several states, namely Georgia and Texas, have advanced legislation that critics warn could make it more difficult to vote. In response to the law enacted in Georgia late last month, several corporations have condemned the measure, and Major League Baseball moved the 2021 All-Star Game and draft from Atlanta, a move Mr. Biden said he would “strongly support.”

Rouse said it’s too early to judge the economic impact of the MLB pulling its event from Georgia but acknowledged there is “undoubtedly going to be a cost.”

“Major League Baseball will, however, move its game and workers at another place will benefit. You know, that is exactly the message that Major League Baseball was trying to send,” she said. “The president opposes these laws. He believes that they are restrictive, they are discriminatory. These companies have the opportunity to vote with their feet and they’re using their economic power to just express their dissatisfaction.”

{{featured_button_text}} See how unemployment has changed over time, plus how small businesses are doing in our community, and more economic indicators with these...
Read more
Economy

The seas and oceans are fertile ground for innovation and experimentation, with new technologies including: Maritime...
Read more
Stock

Disney, AutoZone and PayPal are among 21 stocks you should consider buying in 2021, stock experts say – USA TODAY

What stocks should you buy in 2021?Despite the pandemic, the U.S. stock market defied expectations in 2020, rebounding from its fastest-ever bear market to...
Read more

Here’s Why Quantum Computing Will Not Break Cryptocurrencies – Forbes

Are youth sports an engine of B.1.1.7 outbreaks? – The Washington Post

Story continues below advertisement“Until now we haven’t seen transmission like this in kids in the pandemic,” said Michael Osterholm, an infectious-disease specialist at the...
Read more
Economy