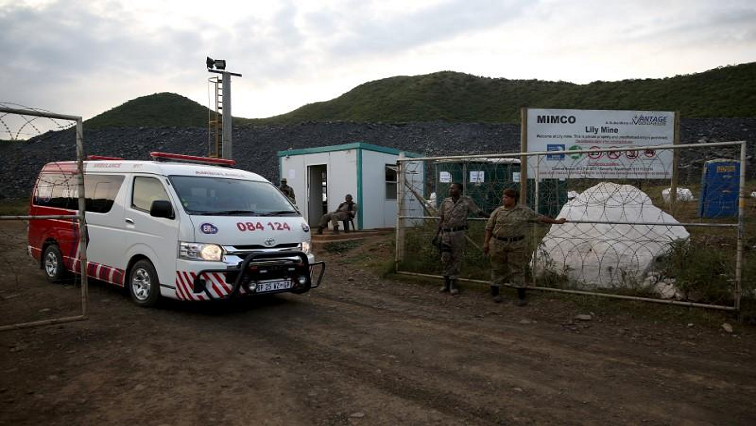 Divisions are starting to show between former workers of Lily Mine, families of the three workers who were trapped underground and the Associations of Mineworkers and Construction Union (Amcu).

Some of the former workers accuse Amcu of taking a decision to support an amended Lily Mine business rescue plan without consulting them.

However, Amcu says they are continuing with a mandate that they were given by the workers when the mine collapsed.

Amcu has filed affidavits in support of the amended business rescue plan of the Lily mine.

They say the plan was amended in favour of the owners of the mine, Vantage Goldfields, without consulting them as creditors.

The matter was taken to court and Arqomanzi was granted an interim interdict preventing the implementation of the amended plan. The court also gave other interested parties until May to oppose the issuing of a final interdict.

Concerns over delay in Lily Mine reopening as court grants Arqomanzi temporary interdict:

Amcu’s president, Joseph Mathunjwa says they have filed an affidavit in support of the business rescue practitioners and Vantage Goldfields who are in a quest of opposing the final court order.

“Our support for this newly amended rescue business plan is mainly because it shows clearly that it seeks to retrieve the container with our trapped comrades. And also, it seeks to address the outstanding wages of the workers and furthermore, to let the operation be opened for the community and residents.”

Spokesperson for former workers and the affected families, Harry Mazibuko says they don’t believe that the amended business plan could assist to reopen the mine and retrieve the remains of the three workers who were trapped underground.

“Through our lawyers, we have been requesting from the BRP the proof of funding to the new deal of a Vantage. Why are we doing that? because since the collapse of the mine in 2016, came in a company they say they are the ones who are going to reopen the mime. All of a sudden, the very same Vantage management cancelled the agreement. In 2017, came another Canadian one called Galante Gold, all of a sudden, Vantage cancelled the agreement. In 2018, came the SSC group, Vantage cancelled the agreement. So that poses a question to us as to what is it that is going to make Vantage not to cancel the Macquarie agreement because it’s not them who are funding this thing, it’s a Macquarie, another company in Australia.”

Mazibuko says they are in support of Arqomanzi. He also accuses Amcu of taking a decision to oppose Arqomanzi’s court case without consulting them.

“So our question and our concern are that how could Amcu, because according to our understanding, that as a union it represents the interests of the employees? So procedurally, the union takes a mandate from the employees and advise as to how we can approach such an issue. So in this case, we have never been consulted.”

However, Mathunjwa says everything they do is in the interest of the former workers and the affected families.

Mathunjwa believes that the differences between Amcu, the family members of the three victims and the former workers are caused by people who have business and political interest.

“It is not true that we have abandoned the families or workers. We constantly engaging with them are themselves who opened up to this newly-formed political party of Mr Mashaba and for those people who want to buy Lilly Mine. So if they open to them and they promised them heaven and earth of which they will never even realise, we cannot be guilty for that as AMCU.”

In a statement issued last week, Amcu described Harry Mazibuko as a self-appointed spokesperson of the families.

Meanwhile, a few weeks ago, another group of former workers embarked on a violent protest action calling on Arqomanzi to withdraw its court case.

The business layout of downtown Holland: 2019 vs. 2021 – HollandSentinel.com

A Dunwoody resident has been inducted into the Georgia Sports Hall of Fame. Tony Barnhart, a sports journalist who covered college football for the...
Read more
World News

Covid-19: what happens next? – podcast | World news – The Guardian

On 23 March 2020, the UK prime minister, Boris Johnson, announced the first lockdown in response to the growing number of cases of...
Read more
USA

"I have been fully briefed and everything is well under control. Russia, Russia, Russia is the priority chant when anything happens because Lamestream is,...
Read more
Sports

Six key cryptocurrencies and how they work – The Australian Financial Review

Litecoin is nearly identical to bitcoin in the way it functions with some key differences, namely a focus on quicker and cheaper transactions. Litecoin...
Read more

The Premier League standings have looked wild early in the 2020-21 season, and it is likely that will be the case throughout this campaign. Plenty...
Read more
European Premier League

The England national football team is in the healthiest state it's been in for years. Manager Gareth Southgate has a wealth of talent at his...
Read more

Keller and Heckman offers global food and drug services to its clients. Our comprehensive and extensive food and drug practice is one of the...
Read more
Business

Why Is IT And Business Alignment So Elusive? – Forbes

Why is IT And Business Alignment So Elusive? getty Today’s pace of business demands that IT...
Read more
USA