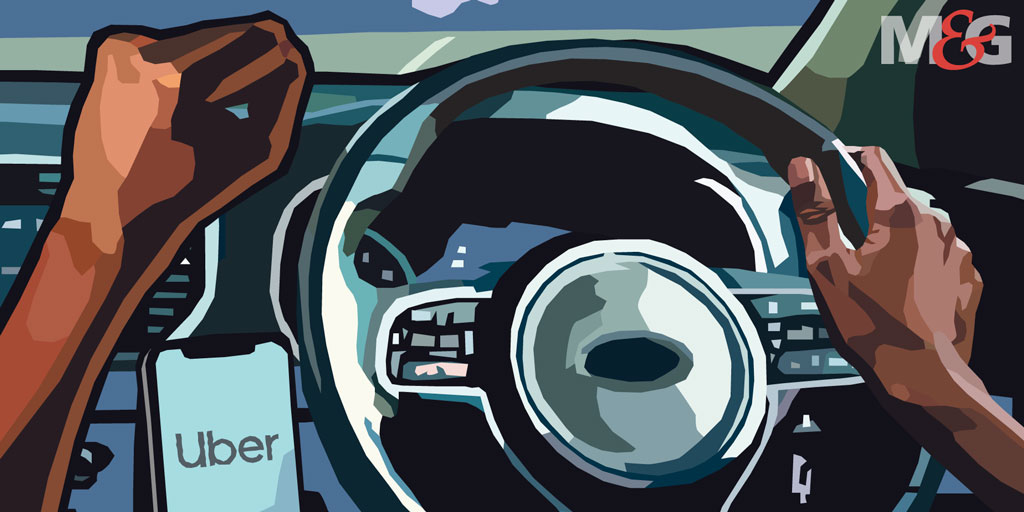 Just over 13 years ago, in a conference hall in Paris, a conversation between two men would lead to the creation of a company that became a leading light in the emergence of the gig economy. As Garrett Camp recited a story of how he had been shocked by a cabbie quoting $800 for a ride on New Year’s Eve in New York, the idea of splitting the cab cost with other passengers was born.

In the audience in Paris that day was a young millionaire, Travis Kalanick, who had, by the age of 30, created two start-up companies. The events of December 2008 led to the launch of Uber in 2010. The company’s core competency was merging technological innovation with the social needs of passengers.

The rise of the gig economy, defined by Forbes as an “economy comprised of short-term freelancers with no geographical boundaries in proximity to those that are employing them”, represented the latest iteration in the evolution of the world of work.

The proximity parameter was not new. Its precursors, outsourcing and offshoring, had long been used by businesses as instruments to cut their costs.

Crucially, as seen in the case of the cleaning and security industries in South Africa, outsourcing enables a company to change the workforce by simply issuing a termination notice to the outsourcing agent instead of going through the process of restructuring and retrenchment.

Offshoring extends the outsourcing model across geographic boundaries. Over the past century, as global transportation links became the driver of the globalisation of value chains, companies wanting to expand their footprint and generate profits could shop for the production facilities whose cost base was more manageable than the production costs in their primary market.

Back in 1951, the original computer behemoth IBM, set up operations in India in response to an appeal from the government of Jawaharlal Nehru. The immediate benefit for IBM was a cheaper labour force, which could allow it to produce at lower costs than in the United States.

The benefits of offshoring to the companies, countries and customers were multifaceted. Developing nations with low employment rates and low wages could market themselves as destinations of choice for companies seeking to control costs. Theoretically this would lead to better prices for end-users and employment for citizens of the host country.

A lesser-explored variable of this model was the question of how the labour cost structures were different enough to justify the shift across boundaries. At the heart of it were the laws and regulations regarding workers. Some countries have a well-developed system of labour regulation and oversight factor in worker-protection mechanisms such as post-employment benefits, medical benefits and minimum wages.

In the absence of strong labour movements in developing countries to promote enhanced worker protections, the model allows offshoring companies to get away with paying only what the law compels them to do and to avoid dealing with what the workforce and society considers desirable. Any changes to laws aimed at facilitating more equitable social outcomes may undermine the business case for offshoring when compliance costs eliminate the offshore advantage.

Although the model of capitalising from the nonexistence of laws may be regarded as dubious by some, ignoring existing laws is an explicit betrayal of the social contract.

In the IBM case, a law that broke the model related to levels of equity ownership prescribed by the Indian government. A 1973 amendment to the Foreign Exchange Regulation Act required multinational companies to cap their foreign ownership at 40%. Unhappy with the prospect of ceding 60% of its business, IBM and Coca-Cola opted to exit the Indian market, particularly after the appointment of George Fernandes as the trade and industry minister.

The outsourcing and offshoring model has been perfected by gig economy companies that can use technology to spread their tentacles far and wide. Since its founding in 2010, Uber has grown to be one of the largest gig companies with its footprint spanning the globe.

An important contributor to the rise of Uber has been its interpretation of the contract between Uber, the drivers and the passengers. Uber positions itself as nothing more than a conduit connecting commuters with drivers. Uber believes conduits are not employers and hence have no obligation to have regular employment contracts. Uber can avoid all compliance hurdles associated with employment.

The tension point is the question of whether Uber drivers are sufficiently autonomous to warrant the label of independent contractors rather than employees. Answering this question exposes the glaring loophole in the Uber model.

As a company that sought to steer clear of all regulatory hurdles, Uber relied on unorthodox ways of recruiting drivers to its network. To avoid the burden of screening drivers, Uber opted against background checks and fingerprint screening of its drivers.

When the city of Texas introduced a measure that would force Uber to conduct fingerprint screening, Uber decided to exit the city. Uber was banned in Delhi in 2014, after a passenger accused a driver of raping her and brought focus to Uber’s weak screening and licensing procedures for drivers.

As the rumblings against Uber’s bypassing of laws spread around the world, its footprint continued to expand. It wasn’t until early 2015 when the seeds of a revolution would be planted. Two drivers in one of Uber’s more important markets — London — were assaulted by passengers in two incidents. Seeking some form of justice, the drivers looked to Uber to assist them in the process of tracing the passengers with the prospect of laying charges.

The thinking was that in spite of its unique model, Uber would acknowledge a duty of care towards its own drivers and would — at the very least — not be an impediment to their quest for justice. Uber’s view was that as a conduit it bore none of the responsibilities associated with whatever happened during the course of the trips.

That dispute led to the drivers launching an application for the courts to compel Uber to acknowledge the status of drivers as employees.

As a company seeking to manage thousands of individuals it had never met but who all acted as the face of the company, Uber had implemented rules that determined fares and conditions that would enable drivers to remain on its app.

Such restrictions formed the essence of the drivers’ argument that Uber exercises the type of control over drivers that leaves them no room to be considered autonomous agents. Drivers were treated as employees but denied the title of employees and the associated social protections. The case drew interest globally and across the gig economy.

For workers operating in various parts of the gig economy, where the traditional worker benefits do not exist, the classification question has profound consequences for their income security. For the gig companies whose business models rely heavily on capitalising on a legal vacuum, the case could condemn their businesses to financial ruin.

Last week, the supreme court in the United Kingdom confirmed that Uber drivers are employees and should be granted the social protections commensurate with this classification. Uber will have to initiate pension structures, offer leave pay, holiday pay and whatever legal protections employees are entitled to.

The compliance burden will force Uber to revisit its business model and figure out whether the business can coexist with the law. Uber’s previous conviction that its model could not coexist with the law led to it spending $200-million in California to overturn a ruling that had classified its drivers as employees.

That cost of bypassing just one ruling is the type of thing Uber will have to have to finance if its conviction remains unchanged. The alternative option — like that of IBM and Coca-Cola in the 1970s — would be to abandon the markets where the laws put a squeeze on its business.

The problem is that a company seeking to maintain its lead in the gig economy can hardly afford to leave London off its map, especially when it has yet to make a profit more than 10 years after the first Uber ride was registered.

Khaya Sithole is a chartered accountant, academic, activist and Mail & Guardian columnist, who discusses his columns’ issues on his Kaya FM show, On The Agenda, on Mondays from 8pm to 9pm

The views expressed are those of the author and do not reflect the official policy or position of the Mail & Guardian.

Accelerating Inflation Spreads Through the Economy – The Wall Street Journal

On the outside, he seemed to be living a charmed life. He was a new dad, with a loving wife and a high-paying job...
Read more
Business

NASHVILLE, Tenn. — Peter Gibson said he woke up to news Christmas morning that a massive explosion had ripped through downtown Nashville and quickly...
Read more
Sports

As College Football’s Targeting Debate Grows, Change May Be on the Horizon – CalBearsMaven

In one of the biggest games of college football’s opening weekend this season, Penn State upended Wisconsin in a slobberknocker of a...
Read more

Getty Images Arsenal are looking for a fifth straight win in all competitions as they host Crystal Palace at the Emirates...
Read more

The World Is Never Going Back to Normal – The Atlantic

In the hours and days after American news networks declared him the victor on November 7, President-elect Joe Biden received congratulatory tweets and...
Read more
Business

As shoppers begin a big retail weekend, small businesses nationally are preparing for Small Business Saturday after what has been a difficult year for...
Read more

One of the United States' top financial regulators said Thursday that new regulations on bitcoin and other cryptocurrencies were coming soon, but he downplayed...
Read more