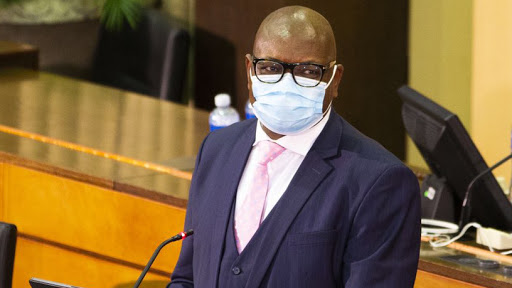 Gauteng premier David Makhura has pointed to ICT and digital services, with a focus on the gig economy, as among the critical sectors to revive the provincial economy.

This, as the Gauteng province looks to position itself as leader in the country’s economic reconstruction and recovery.

Makhura was speaking during the annual State of the Province Address (SOPA), which marked the official opening of the Gauteng Provincial Legislature. The SOPA event was conducted as a hybrid sitting in adherence to current COVID-19 lockdown regulations.

The South African economy and employment landscape is in the doldrums, compounded by the COVID-19 pandemic. Add to that, the International Monetary Fund has trimmed down the country’s economic prospects from 3% to 2.8% in 2021.

As a result, national government has developed the economic reconstruction and recovery plan for the South African economy, which aims to breathe new life into the sluggish economy and create jobs.

In his speech, Makhura said the Gauteng City Region (GRC) is staking its position in the implementation of the economic reconstruction and recovery plan announced by president Cyril Ramaphosa.

“We are focusing on our own high-growth priority sectors; we are deploying infrastructure investment and rolling out infrastructure projects to unlock the transformation modernisation and re-industrialisation of the different districts and corridors of our province.

“The ICT and digital services sector is critical because we are the headquarters of global ICT companies.”

Some of the other sectors key to Gauteng’s economic recovery include automotive; aerospace and defence; transportation and logistics; energy, with a focus on new technologies and diversifying the energy mix; and financial services, he noted.

According to the premier, it is important for the GCR to focus on new economies, such as the digital economy, to offer employment to the youth and opportunities to entrepreneurs.

“I am very happy with our work on the fourth industrial revolution led by a panel and the work being done by the Department of e-Government in our province. We are improving the functioning of government, and the deployment of new applications to improve access to e-services or public services through electronic platforms is something that we are achieving at great speeds.”

On the Gauteng Broadband Network, Makhura said the provincial government is rolling out broadband to more schools, hospitals, clinics, libraries and various government offices in the province.

He stated: “We want to make sure that, particularly in the townships, there are WiFi hotspots where young people and community members can have access to Internet because that is what will help them to realise their dreams, including those who are entrepreneurs and want to build their own businesses.

“Access to government and public services online is something the pandemic has forced us to improve on.”

The Gauteng premier noted the provincial government is working in partnership with Tshimologong Centre, the Gauteng Innovation Hub and the University of Witswatersrand, to invest in digital skills and promote digital entrepreneurship.

“We have a programme called #DigitalSistaz, which is an intervention that targets females to introduce them to the digital economy and ensure they participate actively in artificial intelligence, big data and the Internet of things businesses.”

He noted Gauteng is also working with various partners, including the public-private growth initiative, ICT and business process outsourcing (BPO) companies, to make sure the province continues to be the best location for global ICT companies and start-ups.

“In a short space of time, the BPO sector has led to over 30% growth in jobs in the sector in the last three years in Gauteng.”

On smart cities, Makhura noted that in his State of the Nation Address, Ramaphosa indicated the Lanseria Smart City master plan has been signed off by all stakeholders.

The Lanseria Smart City is envisaged to be the first new city to be built in a democratic SA, driven by smart technologies.

Like Ramaphosa, Makhura called out the critics that believe Lanseria Smart City is just “pipe dream”, saying: “Working with provincial government, the four municipalities in our province, the municipality in the North West, the Development Bank of SA and national government, we are unlocking the bulk infrastructure funding.

“You cannot have any development in an area if there is no investment in bulk. Lanseria city will happen as these other projects are happening in our province.”

With his presidential inauguration just weeks away, Joseph R. Biden Jr. is confronting an economic crisis that is utterly unparalleled and yet eerily familiar.Millions...
Read more
USA

On the world stage, many foreign policy experts say President Donald Trump has slashed and burned his way through international agreements and commitments on climate change,...
Read more
Sports

PayPal has partnered with cryptocurrency company Paxos to launch a new service. PayPal users in the U.S. will soon be able to buy,...
Read more
Stock

U.S. stocks reversed early losses Thursday to end the day slightly higher, powered by the big technology stocks that have driven much of the...
Read more

Marie Filotti, head of the Nordic France lobby group, says that, even before the pandemic, numbers turning to the sport had been growing in...
Read more
Cryptocurrencies

XRP has surged to 16-month highs, leading a pack of cryptocurrencies all benefiting from bitcoin’s rally toward historic levels. XRP, the native asset of the...
Read more

The coronavirus pandemic is still raging on, with dramatic effects on the economy. Despite that, new startups are booming. LULU...
Read more
Economy

Even with a Covid vaccine, U.S. economy will likely get worse before it gets better: Ned Davis Research – CNBC

Dozens of members of the far-right, anti-immigrant, all-male group Proud Boys, who have repeatedly been involved in violent street protests and were among those...
Read more