This year’s Premier League and Europa League campaigns are the dominant thoughts in United fan’s heads. However, do you ever stop to think what’s that Memphis Depay up to? Is Romelu Lukaku banging in the goals in Italy? Maybe the answer is rarely. But it’s a rare occurrence to see so many ex-United players doing so well in Europe.

Who are we talking about here? It’s a base of players that were brought in during the Van Gaal/Mourinho era, when Manchester United didn’t seem close to replicating their form under Alex Ferguson. Mourinho did bring in a three trophy season, mind you. But these years were filled with a lot of hyped signings. Few of them paid off.

Let’s start with Lukaku. Big Rom made his moved from Everton to United in 2017, after making the PFA Team of the Year. It was a national progression for Lukaku who was an out and out goal scorer at The Toffees, and one of the league’s best.

Unfortunately, the next two year’s didn’t work out as planned. Questions were raised over his finishing ability, missing chances and his goal ratio dropping. A move to Italy was on the cards for Romelu and he’s since found the form of his career.

Lukaku has banged in 22 goals in 29 appearances for Inter Milan this season. A brace from the Belgian last weekend saw him take Milan to top of the table last weekend, one point ahead of their city counterparts.

Put some respect on his name. 👏 pic.twitter.com/QHU8UItjoR

Then you have the curious case of Memphis Depay. It wasn’t that curious. Depay was being compared to Cristiano Ronaldo when he signed for a reported £25 million in 2014. In his final season, the Dutch starlet made a total of four appearances in the Premier League in 2016/2017, all as a substitute.

Depay signed for Lyon and has brought consistent goals to the Ligue 1 club upon arrival. He has scored 67 goals in 162 competitive matches, outpacing hometown hero Karim Benzema’s record for the club. Lyon, as of Friday, went top of the league. Barcelona are now linked for a big move for the attacker in the summer.

The Armenian International initially joined Roma on loan from Arsenal, but it was such a good fit they made the deal permanent. To sum up his impact in the Italian league, Total Football Analysis describes Mkhitaryan as “one of the most efficient attacking players in Seria A” and that his name comes up with the likes of “Cristiano Ronaldo, Romelu Lukaku, Ciro Immobile and Zlatan Ibrahimovic” in terms of impact. An elite bunch.

Which brings us to the perfect segue. Zlatan. The man who compares himself to wine. “The older I get, the better I get.” No doubt Zlatan is tearing it up on the European scene, banging in the goals for AC Milan at the tender age of 39. But the difference is, Zlatan wasn’t a failure.

Ibrahimovic scored 17 goals in 28 appearances, and statistically has been a better signing on paper than other short term United attacking signings. The likes of Henrik Larsson, Diego Forlan, Radamel Falcao. So if Ibra wasn’t a failure, and is a European elite, does that mean that Depay, Lukaku etc are anomalies?

There’s no doubt United missed a certain direction during those years in 2014-2018. Looking at the team now – one signing has almost single handedly changed their projection for the next few seasons. Maybe they were one or two signings away from something sticking.

There was a certain element of panic in their backroom to try and move on from Alex Ferguson, create their own identity and replicate the success. Maybe it was a little rushed with not enough emphasis placed on the long term build.

🗣 Louis van Gaal: “Di Maria says it was my problem. I played him in every attacking position. You can check that.

“He never convinced me in any of those positions. He could not deal with the continuous pressure on the ball in the Premier League.

“That was his problem.” pic.twitter.com/Hx6XH5gLV4

But ultimately, is the success of some of these Man United failures a co-incidence? I’m leaning towards a no. The likes of Anders Herrera, Daley Blind and Angel Di Maria have gone on to achieve more success on the outside, but maybe nothing more than being a really good asset for their team.

Players can play well in Europe, but the Premier League is the ultimate proving ground for most. It’s incredibly difficult to be brought in to be a game-changer at one of the biggest clubs in the world.

To have a Depay or Lukaku effect on Lyon or Inter, you need a lot of things to fall into place. Now just happens to be their time. United are doing their thing, and I’m sure they won’t lose too much sleep over it. 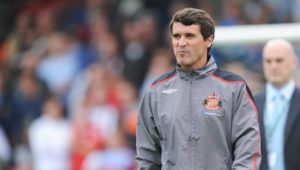 NEW DELHI — After plunging into one of the worst recessions of any major economy, India is showing signs of a modest comeback.But that...
Read more
Economy

The blossoming field of economic epidemiology is focused on a central question of the coronavirus pandemic: How can governments best protect public health while...
Read more
Sports

Johannesburg - A North West-born entrepreneur aims to contribute towards the township economy through his restaurant, Moja Chicken franchise opportunities.Lehlogonolo Motseeng, who was raised...
Read more
USA

USA TODAY'S coverage of the 2020 election continues this weekend as states work to finish counting the ballots.All eyes continue to be on battleground...
Read more
World News

Bitcoin plummets by the most since March as a stronger dollar and investor nerves strip off nearly $140 billion in cryptocurrency market cap –...

A photo illustration of cryptocurrency tokens. Yuriko Nakao/Getty Images Bitcoin slid as much as 21% over Sunday and Monday, its biggest two-day decline...
Read more
USA

The United States on Saturday reported its 16 millionth COVID-19 case, even as a newly authorized vaccine is already being distributed and vaccinations are expected to begin Monday,...
Read more
Stock