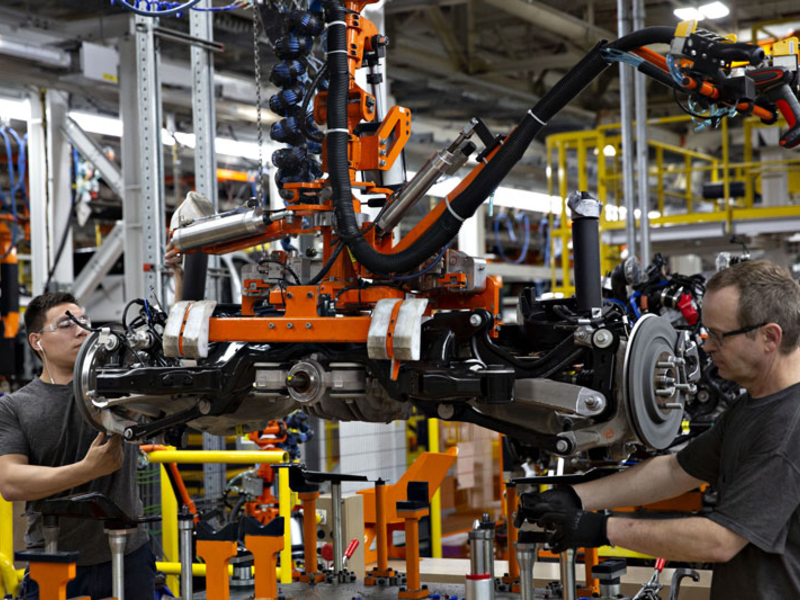 Illinois’ business community is giving an unmistakable thumbs down to Gov. J.B. Pritzker’s proposal today to balance his 2022 budget with $932 million in higher taxes on them.

With unusual vehemence, business leaders are charging the governor wants to undo job incentives he bragged about enacting only two years ago; put Illinois businesses, in some ways, in the worst competitive position in the country; and whack many firms at the worst possible time, when they’re still recovering from the COVID-19 pandemic.

And all of this would come when the state already is losing population and jobs, they say.

“The governor’s rhetoric of helping business doesn’t match his deeds,” said Illinois Retail Merchants Association CEO Rob Karr. Pritzker talks about helping get federal COVID recovery money to Illinois companies, “and then he takes it away. . . .The governor talks about the need to recover, but these (proposed taxes) are the exact opposite of that.”

“In the midst of a global pandemic that has caused widespread economic disruption, the governor’s repeated attempts to hike taxes on small businesses and job creators is unacceptable,” Illinois Manufacturers’ Association CEO Mark Denzler said in a statement. “The industry stands ready to lead our economic recovery, but it’s imperative the governor and lawmakers work with manufacturers, not against us.”

In a subsequent interview, Denzler noted Pritzker, in his first year in office, “took a victory  lap” over repealing the state’s corporate franchise tax and widening the sales tax exemption manufacturers get for goods purchased to begin production, saying at the time that both would spur job creation. Now, in “a fairly harsh political speech,” said Denzler, the governor wants to reverse both actions, at an estimated total cost to Illinois companies of $86 million a year.

In his speech, earlier comments and budget briefings offered by aides, Pritzker said he only was “closing corporate loopholes,” some of them originally pushed through by then-President Donald Trump as part of the national tax rewrite of 2017. Decoupling from the federal tax code on those provisions is needed to help the state pay its bills, the governor said.

However, Denzler charged that Team Pritzker is mischaracterizing the biggest proposed shift: limiting the corporate net operating loss deduction to $100,000 a year per company. In fact, all the Trump tax bill did was boost the percentage of losses that could be claimed at once, from 80 percent to 100 percent, Denzler said. The idea of a flat-dollar cap is new, and many Illinois companies will lose, he said, pointing to the aviation, automotive and hospitality sectors in particular.

Illinois Chamber of Commerce CEO Todd Maisch said that cap would give Illinois the most restrictive loss-deduction law of any state in the country. He points to a Tax Foundation study showing only a handful of other states limited such deductions, all of them at much higher rates. (Click here to read the study, page 58.)

“This is a massive tax increase, and it comes after the governor’s graduated income tax plan was resoundingly defeated by voters,” Maisch said. Whatever help Pritzker gave business in recent months, “They’re going to take all of the money back, and then some. Effectively, we’re getting a huge tax increase in the middle of a recession.”

The only business group to somewhat pull a punch was the Chicagoland Chamber of Commerce, and it stopped well short of endorsing Pritzker’s proposed 2022 spending plan.

“We know first hand how these (COVID) challenges have created additional hardships for employers as they struggle to remain open, pay property tax bills and employ workers,” it said in a statement. “We will fight for policies and a budget that help small business, create jobs and provide a pro-growth environment.”

Labor groups, in comparison, were fairly positive about the proposal.

“Illinois faces a budget crater caused by the pandemic and the defeat of the fair tax amendment that would have required the very rich to pay their share,” the We Are One Illinois union coalition—which includes AFSCME and the  teachers unions—said in a statement. “We support Gov. Pritzker’s proposed steps to address the budget shortfall by closing tax loopholes that big corporations exploit at the expense of the people of our state, and by decoupling Illinois from unwise federal tax changes.”

But other opposition came from the Illinois Municipal League, which said the budget would slash the share of state income tax receipts that goes to municipalities by $150 million a year. Pritzker aides reply that cities and towns overall will be better off because closing the corporate loopholes would provide locals more than $150 million a year.

The Illinois GOP was ever harsher, saying Pritzker “seeks revenge” on voters who dared to reject his tax amendment last November.

Pritzker’s office is out with a response, saying his  $100,000-a-year limit on deducting losses would apply only for three years, that most companies wouldn’t be affected, and that just 89 companies collected half of the tax gain last year, $3.2 billion.

The office didn’t say how many people those 89 companies employ—or what the odds are that the cap will be extended later.

Don’t Look for ‘a Good Deal.’ Search for ‘Your’ Business. – Entrepreneur

4 tips for starting or reinventing a business in tough times – MyMotherLode.com

4 tips for starting or reinventing a business in tough times Think the best time to start a business...
Read more
Stock

USA TODAY is keeping track of the news surrounding COVID-19 as a pair of vaccines join the U.S. fight against a virus that has...
Read more
USA

Founder members of a proposed European Super League would be offered up to £310 million each to join the competition and could earn as...
Read more
Sports