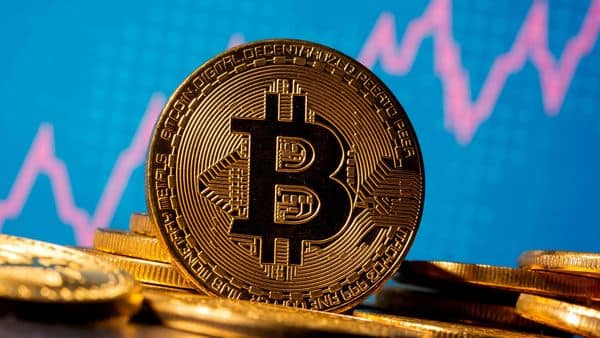 It is not only India, governments across the world have started banning them. The cryptoprophets expected this, but they underestimated the power of the state. That the state is an actualization of an ethical idea might be a lie, but a successful one. And old successful lies are hard to dislodge.

Since 2009, when Bitcoin was created, some of the brightest tech Bohemians have sold the world a lemon. That a new kind of global currency will end the monopoly of governments and central banks over money. This new currency will not exist in physical form, it will be created from nothing by a vast network of computers as they perform a vast number of computations to randomly create it. The currency will have no intrinsic value beyond the perception that it has value, and its own predetermined scarcity.

The lure of a cryptocurrency is that it can make transactions between two individuals secure and possible without inefficient intermediaries like banks and rule-makers like governments. It offers complete anonymity and freedom—two things that governments, including democratic ones, dislike. In fact, governments dislike even their own currency notes, as it provides anonymity and hence too much freedom.

So, why did some people think governments would allow cryptocurrencies to thrive, or even survive? Why would governments permit a system that could end its own relevance ?

But then, who would have thought in the golden days of monarchy that all of the affluent world and most of the poor world, too, will come under the spell of a laughable idea called democracy where ordinary people elect who wields power over them?

Cryptocurrency is an extreme type of financial and emotional democracy. Even so, it is doomed in its present form. Its technology platforms, like blockchain, will become standard as governments themselves adopt them, but the cryptocurrency as we know it today will stand no chance against fiat.

Fiat currency is based on trust in the authority that issues it. Bitcoin, on the other hand, is built on a fascinating misanthropic question: Given that two humans cannot but should be trusted, how can a network of computers confirm that a transaction is fair?

The way people are drawn to anonymity, you would think they do something very interesting and naughty every day, and the way they react to security, you would think some transaction vanishes from their digital ledgers every day. Yet, there is no doubt the world is in the grip of a Bitcoin mania. And it is entirely a creation of extraordinary storytelling. It has a hero who is mysterious, brilliant, moral, austere and philosophical.

His name is mostly certainly not Satoshi Nakamoto. In the aftermath of the financial crisis of 2008, a person who went by that name wrote a series of essays laying out the moral reason for a new kind of money—governments and central banks were corrupt and unfit to regulate money. And he raised a philosophical question: Do we need the inconvenience of trust to transact? What if computers make a dishonest transaction so mathematically improbable that it is impossible, and also grants anonymity? He has since vanished, leaving us a revolutionary monetary system that is today worth nearly $1 trillion.

Nakamoto showed that absolute anonymity was possible and not always shady. He even made it look sacrificial in a world desperate for fame.

Some people believe he is too good to be a single person; that he is probably a group of people. What if Nakamoto is the Central Intelligence Agency (CIA)? Or something like that? After all, the National Security Agency of the US did ponder the idea of cryptocurrency in an academic paper years before Nakamoto published his essay on it.

If I were the CIA, I would create a Bohemian cryptocurrency for every anarchist to adopt, and quietly and sit and watch what they are up to. I am not suggesting Nakamoto is a government agent, but the fact that the creator of cryptocurrency is not known defeats the very freedom Bitcoin stands for. This is why the government always wins. It has a face, however ugly. And the face reassures a majority.

History is filled with wild things that were supposed to be free, but eventually got regulated by governments. The internet itself was supposed to diminish government control, as no single power can destroy it. Yet, every government has the power today to regulate it. Social media, too, was expected to transform the world, especially through photogenic rebels on Twitter and Facebook. But these platforms are now begging governments to let them be. Streaming channels were suppose to force conservative societies to accept the freedom of artistic expression, but, as evident in India, they have meekly agreed to regulate themselves to respect the thin skin of a majority.

Cryptocurrencies, too, will fail. You may argue that they’ll survive in a less rebellious form. But then a crypto has a binary quality. Either it is entirely free of state control, or it’s just another fiat currency in digital form.

Manu Joseph is a journalist, and a novelist, most recently of ‘Miss Laila, Armed And Dangerous’

Time to get serious about cryptocurrencies – OMFIF

Cryptocurrency exchange Coinbase has filed with US regulators to go public, in a move that could capitalise on a recent rally in bitcoin and...
Read more
World News

What next for Trump – and Trumpism? – BBC News

Part of it can be explained by Trump's ability to fill more than 200 federal court vacancies, including three Supreme Court seats, over the...
Read more
Economy

Emerging from the Covid-19 pandemic, we will be burdened by a new economy with uniquely South African characteristics. A generationally unique shock to the...
Read more

Rising unemployment claims could be foreboding for the economy – CNBC

The surprise jump in new jobless claims filings to the highest level since mid-September signals a weakening in the labor market that could drag...
Read more
Cryptocurrencies

Cryptocurrency has come a long way in the last decade of its existence. A few years ago, interest in cryptocurrencies was limited to...
Read more
Sports

The Times Recorder's countdown of top stories from 2020 continues. The #1 story will be published on Dec. 31.ZANESVILLE - The COVID-19 pandemic had...
Read more

The first damage assessment of a sprawling cyberattack linked to Russia has been chilling enough.With intrusions reported across a huge swath of the government...
Read more
Business

So, we might as well get the announcement of a major postponement out of the way first. It will now be hot in...
Read more