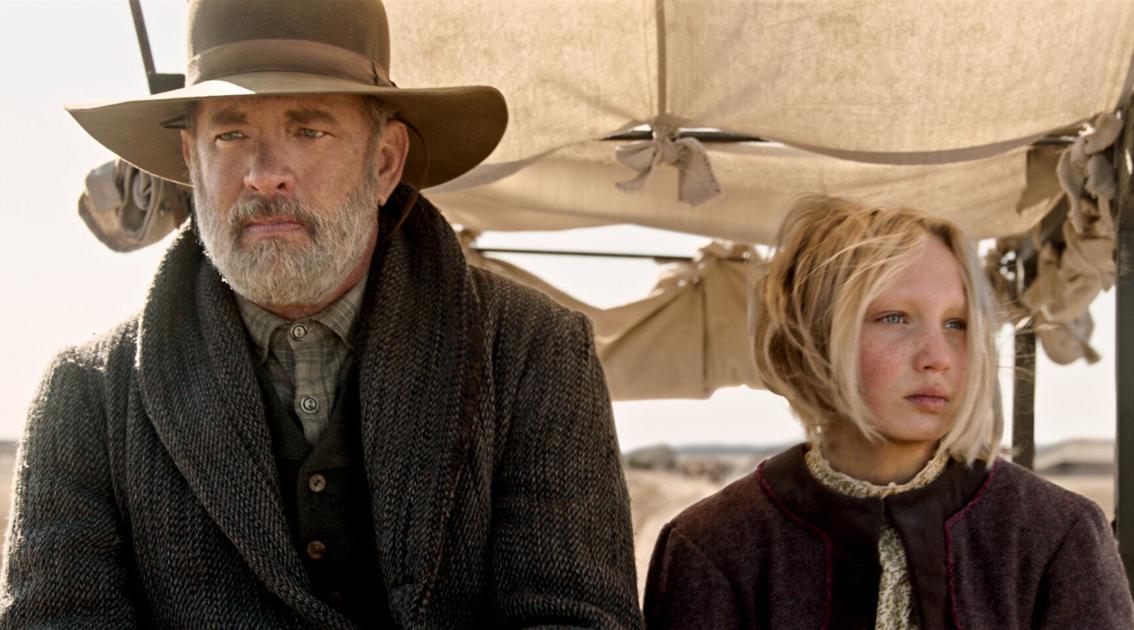 If it’s movie awards season, that usually means there’s a new movie starring Tom Hanks that you should probably see. One of the best actors alive today and just one of the nicest guys in Hollywood, Hanks has teamed up once again with director Paul Greengrass — they previously worked together in 2014’s “Captain Phillips” — for another project expected to nab a few Oscar nominations.

Surprisingly, the film they chose is a western, a genre that hasn’t been popular in several decades. While a choice few westerns have been commercial and critical successes since the 1990s, it’s often a gamble that doesn’t always pay off.

In the case of “News of the World,” based on the novel by Paulette Jiles, having Hanks and Greengrass’s names attached to the production definitely gives it a better chance than most to break through, especially after a year of people not going to the movie theater.

It’s an interesting direction for Greengrass to take since most of his films are gritty, modern-day thrillers that are either Jason Bourne spy movies or stories based on true events. But with everyman Hanks once again perfectly portraying America’s dad, this familiar and occasionally sappy drama is a great example of comfort food for the soul with Oscar-worthy elements.

Five years after the end of the Civil War, Capt. Jefferson Kyle Kidd (played by Hanks) travels from town to town reading newspapers for the populace for ten cents per person. One day, he comes across an overturned wagon with a 10-year-old German girl taken by the Kiowa people.

After taking her to the nearest post, Kidd is forced to escort the girl (Helena Zengel), named Johanna, across the harsh and unforgiving plains of Texas. Although there is a language barrier at first, Kidd and Johanna soon begin to understand one another and their pasts.

However, the long journey soon turns into a fight for survival as the traveling companions encounter danger at every turn — both human and natural. As Kidd discovers Johanna knows a lot more about surviving than expected, the two work together to get to her family safely.

More from this section

Rather than the type of John Wayne/John Ford production from the Golden Age of Hollywood, westerns since the late 1960s have transitioned into what’s called the Post-Modern or Revisionist phase, where life in the Old West becomes a lot more brutal and realistic while the themes of Manifest Destiny and portraying Native Americans as the bad guys are nearly gone.

With “News of the World,” however, some story beats are familiar, such as Johanna living with Kiowas for the past several years and some of the more suspenseful scenes she and Kidd experiences such as a shootout with some outlaws in a rock formation. Even though nothing about the filmmaking is bad — it’s all great — these plot points and sequences aren’t new.

Thankfully, what truly sells this movie is Hanks and Zengel and their chemistry on scene. Hanks has made a career of giving off those cool dad vibes in every movie he’s done for the past couple decades. But it’s Zengel who really steals the show, delivering a layered performance that overcomes cultural and language hurdles to express tragedy and comedy with just a look.

And then there is the technical stuff that is typical Greengrass style through and through. He uses a handheld camera for his cinematography that feels very documentary like and spontaneous, which works perfectly in his other films. While it does feel jarring in a period piece genre film, the camerawork and editing makes this story feel real too, which ups the tension. But at the same time, the colors and scope of the western landscape is gorgeous and haunting.

Even though it doesn’t quite work as well, the story does try to insert some topical themes and broader commentary about the country, but sometimes it comes across as too sappy or clichéd. Johanna is both an immigrant and was raised by Native Americans, after all, but Kidd just wants to get her to speak English and bring her back to civilization at first, but of course he learns and grows and changes along the way.

What “News of the World” gets right is relying on the strengths of its leads and director to do what they do best. Despite the familiar terrain and not as much of an emotional punch as expected, the journey is still enjoyable with Hanks and Greengrass leading the way.

Wisconsinites and fans of uncooked meat, here is your annual holiday health warning.The Wisconsin Department of Health Services is urging residents to put down their...
Read more
Cryptocurrencies

Bitcoin price reaches three-year high of more than $19,000 – The Guardian

The price of bitcoin has broken through $19,000 for the first time in almost three years, taking the world’s biggest cryptocurrency close to its...
Read more
Stock

These letters published in the Nov. 8 print edition of the Las Cruces Sun-News.Let them playAmid the pandemic, many things have been cancelled. One...
Read more
Business

How to fund your business in South Africa – Moneyweb.co.za

SIGN UP HERE So you need a business loan? If you’re battling to find the right one, you are not alone. In South Africa, small and...
Read more
Sports

There's nothing like fight night. After months of anticipation, Errol Spence Jr. and Danny Garcia's pay-per-view event for the Unified IBF and WBC Welterweight...
Read more

AC Milan need at least a draw at Cagliari to reclaim first place outright in Serie A. AC Milan are...
Read more
Cryptocurrencies