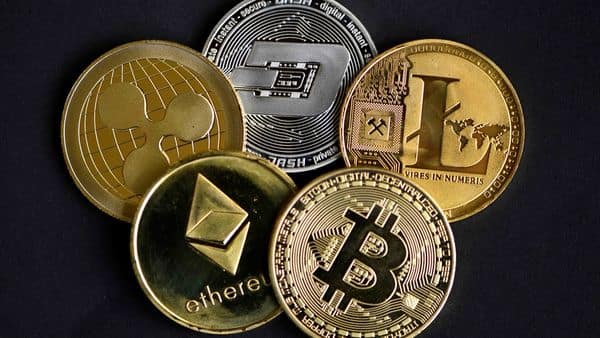 NEW DELHI: Domestic cryptocurrency platforms are coming together to launch a new campaign meant to deter the Indian government from banning private cryptocurrencies in the country. The companies have launched a platform called Indiawantsbitcoin.org, which allows anyone to send an email to their respective Members of Parliament (MP), showing support for cryptocurrencies.

The platform contains a ready to send draft email, requiring users to simply select their state and district. The email expresses “delight” at the prospect of creating India’s own digital currency, but also claims that the country has 10-20 million crypto users and over 340 startups in the space. The platforms also said that trading volumes in India’s top crypto exchanges have grown by over 500% in 2020. According to data from market research firm Venture Intelligence, investments worth $24 million went into cryptocurrency firms in India in 2020.

The industry has been nervous since the central government announced plans to ban the use of private cryptocurrencies in India late last month. The same was announced via the agenda for the Budget session of the Parliament. The government is expected to introduce a bill aimed to create a framework for India’s own digital currency issued by the Reserve Bank of India (RBI). This bill will also “prohibit all private cryptocurrencies in India”. The definition of “private cryptocurrency” hasn’t been clarified yet, but many expect this to amount to a ban on digital currencies like Bitcoin, Ethereum and more.

Industry executives believe that the government’s concern lies around the use of cryptocurrencies as an alternative to the Indian Rupee. However, many argued that currencies like Bitcoin, Ethereum and others are used more as assets than legal tender.

“As an industry, we’re in sync with the fact that INR is the only legal tender in India and about crypto being an asset/utility that people buy and sell,” said Nishcal Shetty, founder of India’s largest crypto exchange, WazirX, in a statement last week.

The cryptocurrency industry in India has enjoyed a successful 2020, with more people investing in crypto as the pandemic led to big turmoil in the stock markets. The Supreme Court had also struck down an order by the RBI in March last year, which banned banks and other regulated entities from doing business with crypto firms.

This new bill brings back memories of the draft “Banning of Cryptocurrency and Regulation of Official Digital Currency Bill” floated by the government in 2019. That bill proposed the banning of such currencies and a fine or imprisonment of up to 10 years, or both, for mining, holding, selling, trade, issuance, disposal or use of crypto in India.

Cryptocurrencies are attractive as a ‘small part’ of any portfolio, George Ball says – Business Insider

Zoom, Delta, Moderna: What to Watch When the Stock Market Opens Today – The Wall Street Journal

Here’s what we are watching as markets kick into gear Thursday. —Stock futures slipped as new restrictions to curb the spread of coronavirus sparked concerns about...
Read more
Economy

Author: Editorial Board, ANU For most Chinese, the Spring Festival of 2020 is one they’ll never forget. The holiday began as normal, with hundreds of...
Read more
Sports

Sports quiz of the week: hat-tricks, derby defeats and a sad goodbye – The Guardian

Serena Williams had a tough week, losing to Naomi Osaka in the semi-finals of the Australian Open and then breaking down in tears in...
Read more

After a historic, deeply unusual year, a lot remains uncertain about 2021 and what it will bring for major economies around the world. Here...
Read more
Business

Evolution Doesn’t Give a Damn About Us, or the USA – The Nation

Charles Darwin at his home in Kent, England, in 1880. (English Heritage via Getty Images) Subscribe to The Nation Subscribe...
Read more

Janet Yellen has previously warned about the illegal use of cryptocurrencies like bitcoin Jacquelyn Martin/AP US Treasury Secretary Janet Yellen has...
Read more
Stock

It was a Saturday morning and Adam was feeling bold.  He'd made thousands of dollars on a single trade the night before, and...
Read more
World News

Here’s what you need to know:Dr. Deborah Birx said in recent weeks that she was open to serving in the Biden administration, but on...
Read more
Sports

The 2020-21 high school winter sports season is underway; however, due to the COVID-19 pandemic, all events are subject to change. Here are the events...
Read more