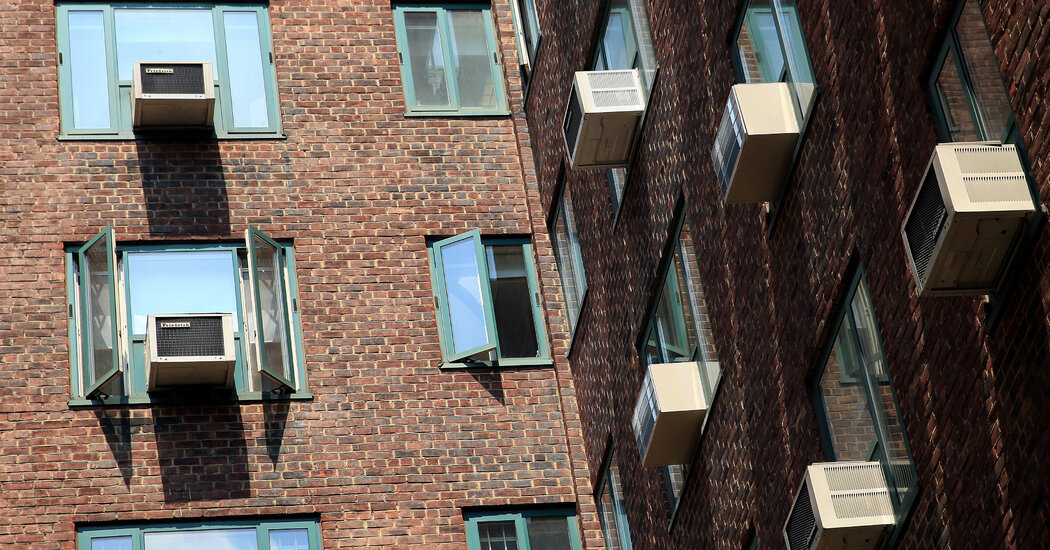 Tucked into the huge omnibus spending package that President Trump signed before leaving office was something out of sync with his administration’s regressive climate agenda: Legislation that authorized a phase-down in the production and use of heat-trapping chemical coolants known as hydrofluorocarbons.

These greenhouse gases are enormously potent, 1,000 times more so than carbon dioxide in its warming effect on the planet. The action, part of a huge appropriations bill, was widely seen as one of the most important actions in years to slow climate change.

President Biden is now asking the Senate to take the next step: move forward with the ratification of an amendment to the Montreal Protocol of 1987, which sets targets for the global phase-down of HFCs. The amendment was agreed to at conference of nations in Kigali, Rwanda, in October 2016.

The Obama administration helped negotiate the deal, but the Trump administration never sent it to the Senate. One hundred and thirteen nations have already ratified the agreement.

Winning Senate approval for a treaty is not easy. It requires a two-thirds majority of the vote. But industry and environmental groups supported the phase-down signed by Mr. Trump, and we support the Kigali Amendment for the same reasons: It creates a level playing field.

U.S. manufacturers now know what equipment to build and states know the deadlines for the phase-down, enabling them to plan their overall greenhouse gas reduction goals. But Senate approval is needed so American industry will avoid potential trade penalties from treaty members and remain competitive with their foreign counterparts.

HFCs are used mostly as refrigerants in refrigerators and air-conditioners, but also in a variety of other commercial applications, such as insulating foams, cleaning solvents and fire suppression systems. These chemicals were commercialized some 30 years ago as substitutes for chlorofluorocarbons, which were found to be depleting the atmosphere’s ozone layer. HFCs don’t affect the ozone layer, but their effect on the climate is pronounced.

Thanks to the well over $1 billion invested in innovation by American companies, alternatives exist or will soon exist for all but a very small number of HFC applications. And because of mounting concern over the pace of climate change — and the economic costs that come with it — making the transition away from HFCs as soon as possible is a top priority for American manufacturers of refrigeration and air-conditioning equipment and users of HFCs. The orderly, coordinated transition the treaty amendment provides for will save money for manufacturers and consumers alike.

This will be a plus for the nation’s economy. U.S. ratification of the treaty would create an additional 33,000 new American manufacturing jobs, stimulate an additional $12.5 billion increase in direct output per year by 2027, and result in a 25 percent boost in U.S. exports of refrigerants and related equipment, according to a 2018 industry sponsored study by the University of Maryland.

We now have the HFC legislation, which directs the Environmental Protection Agency to enforce the phase-down schedule called for in the treaty amendment. It will reduce HFC use by 85 percent over the next 15 years and, according to an analysis by the research firm Rhodium Group, cut emissions over that period by the equivalent of 900 million metric tons of carbon dioxide, more than the total annual emissions of Germany. A global transition away from HFCs could avoid up to 0.5 degrees Celsius of projected warming by 2100. That is significant.

But we also need the treaty amendment to keep U.S. manufacturers in the technological driver’s seat, create jobs in the U.S. and expand market share abroad for the HFC alternatives that American manufacturers have developed and are developing. Other countries where HFC markets are growing rapidly, such as India, Brazil and China, seem to be waiting for the U.S. to take action. Those countries have among the fastest growing markets for air-conditioning and refrigeration and offer a huge potential market for HFC alternatives once they ratify the treaty amendment.

But, without approving the amendment, the U.S. is likely to struggle to sell its technology in countries that have agreed to it, since those countries are likely to give trade preferences to fellow treaty members. The U.S. would be left on the outside.

The Biden administration has promised to submit the treaty amendment to the Senate by the end of March. Then it will be up to the Senate to take the next step and approve it.

Stephen Yurek is the president and chief executive officer of the Air-Conditioning, Heating, and Refrigeration Institute, a trade association. Bob Keefe is the executive director of E2, a nonpartisan group of business leaders and investors promoting policies that are beneficial to the economy and the environment.

The Times is committed to publishing a diversity of letters to the editor. We’d like to hear what you think about this or any of our articles. Here are some tips. And here’s our email: letters@nytimes.com.

Mozambique’s economy to rebound in 2022, reaching about 4% – ESI Africa

While Uber’s ride-hailing business remains slow because of travel restrictions related to the pandemic, the company said on Wednesday that its food delivery business...
Read more
USA

Sports quiz of the week: hat-tricks, derby defeats and a sad goodbye – The Guardian

Serena Williams had a tough week, losing to Naomi Osaka in the semi-finals of the Australian Open and then breaking down in tears in...
Read more
USA

The Economy Is Still Vulnerable. Trade Could Be a Refuge. – The Wall Street Journal

Only a year ago, trade was a big worry for investors, and the strong domestic economy a source of comfort. How times change. The...
Read more
USA

Happy Valentine’s Day. Here’s your quick rundown of the top business and tech stories to know for the week ahead, so you can spend...
Read more
Sports