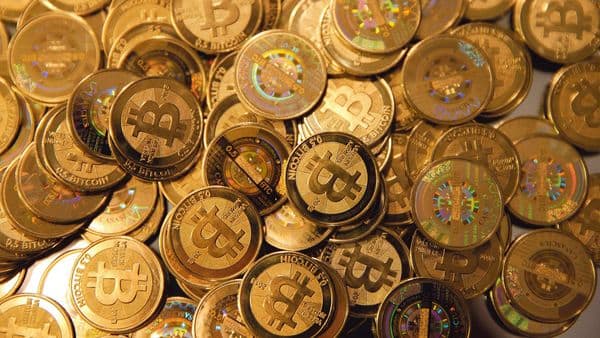 Bitcoin climbed toward $40,000 in a rally that helped the market value of digital tokens scale a new peak.

The jump comes after another volatile week in cryptocurrencies marked by Elon Musk’s support for Bitcoin and a record runup in Ether, the second-largest token. Billionaire Musk also posted tongue-in-cheek tweets about Dogecoin — a Shiba Inu-themed unit that began as a joke — stirring buying that drove its market capitalization past $6 billion.

The developments provide more evidence of the way the casino-like gyrations of digital coins are seeping into the mainstream. High-profile proponents of Bitcoin like Musk say it’s winning broader acceptance in the finance community. Regulators, meanwhile, are stepping up warnings of volatility that could wipe investors out.

“Investor perception is at an all-time high at both the retail and hedge fund levels,” said Jehan Chu, managing partner with blockchain advisory firm Kenetic Capital in Hong Kong.

Even so, many investors still view digital coins as a treacherous sector. That was underlined in the US, where the 24-year-old founder of two New York-based cryptocurrency hedge funds with more than $100 million in investments pleaded guilty Thursday to securities fraud.

Bitcoin, the largest cryptocurrency, is up about 22% this week. The token may be consolidating before heading toward $50,000, which would imply a market value for it of about $1 trillion, said Mike McGlone, commodities strategist with Bloomberg Intelligence.

Meanwhile, Ether’s eightfold rally over the past year faces possible turbulence from the impending launch of CME Group Inc. futures next week. The contracts may open the door for bearish investors. The digital coin was at $1,680 as of 10:32 a.m. in London on Saturday.

This story has been published from a wire agency feed without modifications to the text. Only the headline has been changed.

Cryptocurrencies: the most important invention since the internet? – Management Today

Cryptocurrency Exchange Fees Are A Mess. When Will They Ever Improve? – Forbes

Absolutely. I was born and raised in one of the poorest countries in the world and one that unfortunately remains so today. So I’m...
Read more
Sports

Sha'Carri Richardson is suspended for smoking pot and won't run the Olympic 100 meter dash. Also, there are drawbacks to the NCAA deal...
Read more

And as director of the Office of Management and Budget, Biden plans to nominate Neera Tanden, president of the liberal think tank Center for...
Read more
Cryptocurrencies

We may not know what stocks in the S&P 500 will do next month, or in two years, but over the decades, we have...
Read more