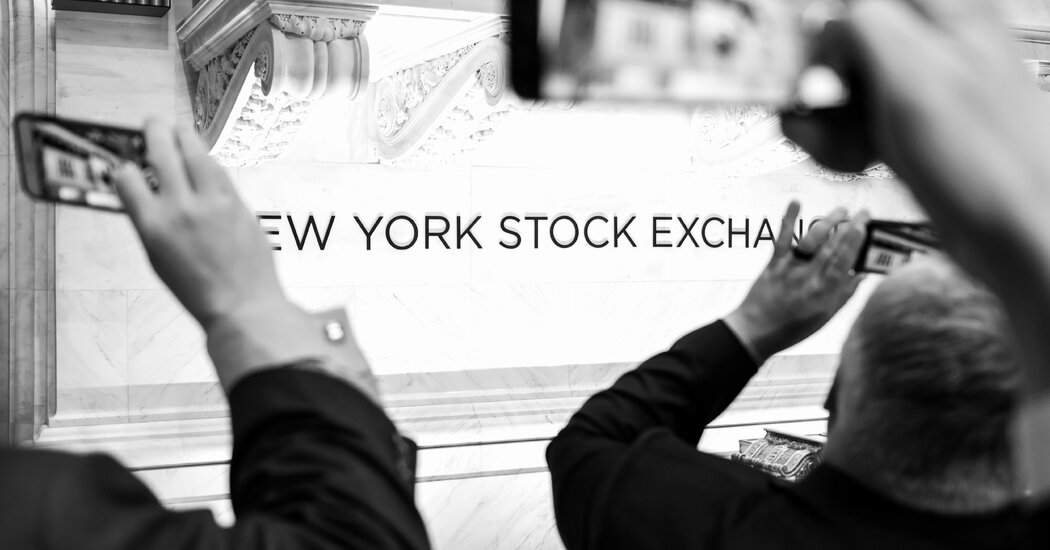 The axiom becomes obvious when you look at how the markets fared last year. In 2020, as the virus surged, economic growth crashed, unemployment shot up, poverty spiked, and democracy crumbled, what happened to stock prices? They soared to record highs, of course.

Why doesn’t the market track the real world? There are many reasons, but a big one has to do with wealth and access. Although slightly more than half of Americans own some stock (for instance, as part of a retirement fund), a huge share of the value in stocks is held by a tiny number of Americans.

And yet, despite this self-evident disconnect, we are flooded every day with news about the market, the numbers presented to us with all the importance of the weather forecast. There’s the Nasdaq index on the top of The Times’s home page, and here’s the Dow repeated with the hourly news on NPR. Want to know how well a president’s speech went? Look to see how the S&P 500 reacted.

People reach for stock indexes as a benchmark for American vitality for the same reason we get fast food when we’re hungry — not because it’s any good, but because it’s familiar and it’s what’s available. The economy, like the world, is messy and complex. Every day brings success for some companies and failure for others, promotions for some workers and layoffs for others. More objective measures of what’s happening tend to be broad and infrequent — the jobs numbers come once a month, for instance.

The markets, though, spit out numbers every weekday, offering a comforting — if illusory — sense of precision about an economic system otherwise too vast to comprehend. For a lot of people, the markets have also become skeleton keys for unlocking a brighter future. Since the Reagan era, Americans have been encouraged to play the market as if our lives depend on it, because they increasingly do; today, the markets shape the quality of your retirement, your kids’ education, maybe even whether you’ll get health care.

Leaving such important matters to the whims of the stock market makes little sense to me; it’s more equitable, not to mention more straightforward and efficient, for the government to just pay for college rather than create tax-advantaged investment vehicles allowing the wealthy to play the casino to pay for college.

A winning stock can save your entire portfolio – Mint

In the ‘post-American world’, has Australia backed the right global superpower? – ABC News

Robert Oppenheimer, known as the "father of the atomic bomb", famously quoted the Hindu text the Bhagavad-Gita: "Now I am become Death, the destroyer of...
Read more
European Premier League

The summer transfer window is alive and kicking as clubs throughout Europe look to cement their squads ahead of next season.It's the future of...
Read more

Getty Images European soccer was rocked by the biggest story in a generation Sunday when 12 of Europe's biggest clubs announced...
Read more
USA

Australia’s suppression of information seen as pivotal to a free and open media is at the center of accusations that the country has become...
Read more
USA

OT: An American’s guide to European football – The Butler Collegian

The country has reported, on average, 70,000 cases and 2,000 deaths daily in the past week. Most of the new infections and deaths were...
Read more
USA

Made in the USA? It Better be! | Dorsey & Whitney LLP – JDSupra – JD Supra

A recent Federal Trade Commission (“FTC”) settlement reinforces the need for companies to substantiate MADE IN THE USA product claims in advertisements. Gennex Media...
Read more