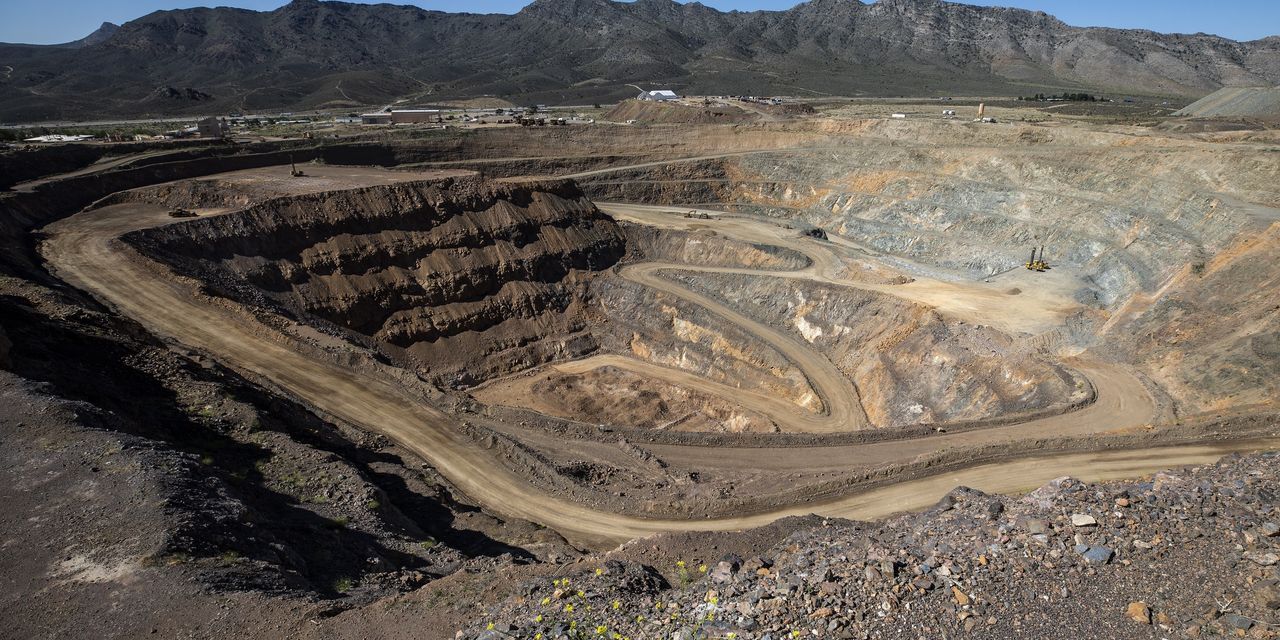 USA Rare Earth LLC, a mining company focused on resources essential to technology but dominated by China, is considering a stock-market listing this year targeting a valuation of over $1 billion, according to people familiar with the matter.

The company plans to mine several rare earths in Texas and use them to produce the strong magnets used in electric motors, missiles and wind turbines. The company also intends to mine lithium, which is used in batteries for electric cars and cell phones.

The potential listing comes as the U.S. and other countries seek to reduce their dependence on Chinese supplies of rare earths and its facilities to turn them into something useful, with a host of companies vying for investor and government dollars.

Pini Althaus, chief executive of USA Rare Earth, said the miner is looking at a range of financing options, including an Initial Public Offering and a transaction with a blank-check company. So-called SPACs, or special purpose acquisition companies, have emerged as a popular way for private companies to bypass the traditional IPO process.

USA Rare Earth has hired Goldman Sachs and Bank of Montreal to explore a listing in New York, the people familiar with the matter said. The mining company had previously planned to list in Toronto in the first half of 2019 but investor appetite wasn’t strong enough then, one of the people said.

However, investor interest in rare earths is expected to be higher now amid attempts to diversify supply out of China and growing demand from the auto and renewable energy industries.

Last November, MP Materials, the only miner currently producing rare earths in the U.S., raised $545 million through a deal with a SPAC.

China mines over 70% of the world’s rare earths and is responsible for 90% of the complex process to turn them into magnets, according to Adamas Intelligence, which provides research on minerals and metals. That means companies around the world are dependent on China for a product essential in key technology where demand is forecast to soar.

USA Rare Earth plans to set up an entire supply chain for rare-earth magnets, mining the raw material in Texas, processing it into separate minerals in Colorado and then turning those into finished products at a factory it has yet to build.

The U.S. was once the world’s biggest producer of rare earths and developed the technology to process them. General Motors Co. and Japan’s Hitachi Ltd created the first rare-earth magnets.

However, competition from China has hobbled the industry in the West, with only a handful of companies outside of China mining rare earths and fewer able to process them into things like magnets. GM, for instance, now buys its magnets from China, a person familiar with the matter said.

Write to Alistair MacDonald at alistair.macdonald@wsj.com and Ben Dummett at ben.dummett@wsj.com

Britain risks mirroring Italy’s economic woes unless it develops a strategy for tackling the five seismic changes that will shape a decisive decade for...
Read more
USA

The federal program intended to save jobs at small businesses during the pandemic supported at least 250,000 workers in Maine but nearly a third...
Read more
Sports

Perspective | What questions do you have about sports? Ask Barry Svrluga. – The Washington Post

This is just about the best part of the sports calendar, isn’t it? The baseball playoffs are in full swing. The college and pro...
Read more

It’s crunch time for the United States if it hopes to return to Olympic glory. On Sunday, the baseball world got its first look...
Read more
Stock

Resume Subscription We are delighted that you'd like to resume your subscription. You will be charged $ + tax (if applicable) for The Wall...
Read more
Economy

Hi there, MarketWatchers. Don’t miss these top stories:Personal Finance‘They are in this situation through no fault of their own’: Biden signs executive order to...
Read more
European Premier League

UEFA has revealed that it has dropped all disciplinary charges against the three remaining European Super League teams and also outlined...
Read more