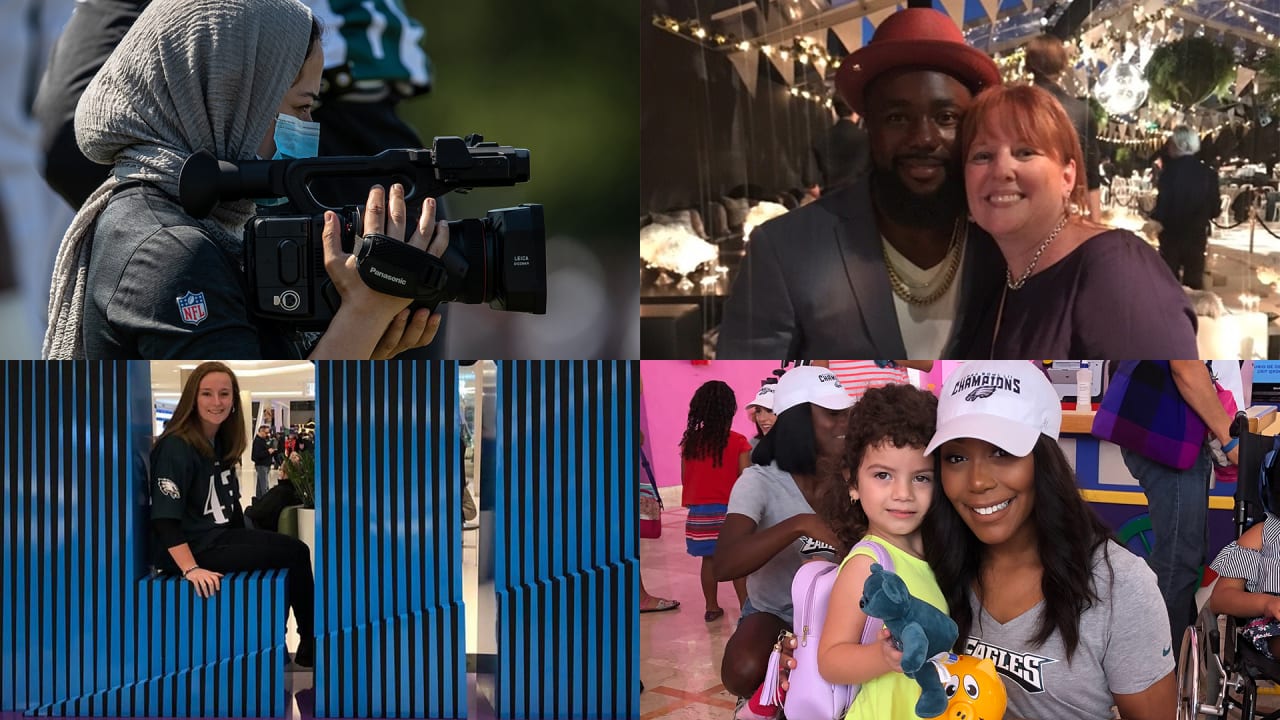 Seasons with the Eagles: 1

What does National Girls and Women in Sports Day mean to you?

“To me, National Girls and Women in Sports Day means representation, which is huge in this industry!

“I’m fortunate to be part of an amazing all-female team with the Eagles Autism Foundation (shout out to Ryan Hammond, Kiki Saraceni, Megan Fesolovich, and Sally Rogers), but prior to this role, all of my previous experience was in male-dominated departments.

“Growing up, I didn’t see a lot of women in the positions that I wanted to be in, which can be discouraging at times. That this day even exists highlights the fact that more and more women are not only breaking into the industry but reaching new heights, and that’s incredibly inspiring to see.”

What advice do you have for girls and women seeking a career in sports?

“I think the biggest piece of advice I can offer is to recognize that you’re going to face challenges that your male counterparts won’t and not to be deterred by that. An unfortunate reality of this business is that you’re going to be put in situations where you’re the only woman in the room or where you have to prove that you have the same knowledge and ability as your male co-workers. Don’t be discouraged by that. Instead, focus on what you can control – your effort, your attitude, your preparation – and find an organization that values you.

“When I first graduated college, I was working in a male-dominated department, where there weren’t any women in positions of power. That led to a toxic work environment and left me really discouraged and questioning whether I wanted to remain in the industry. I’ve since been fortunate enough to end up with the Eagles, an organization that truly values my contributions and that has allowed me to grow both as an employee and as a person.”

Last March, when Covid-19 infected the world economy, many observers feared that emerging markets and developing countries would suffer the most, financially and otherwise....
Read more
Business

(Wikimedia Commons)After emerging from business rescue at the end of last year, Comair continues to expand its routes.On Monday, it announced that it will...
Read more

Bitcoin (BTC) hit its all-time high of $41,941.56 just at the beginning of this year, but the apex cryptocurrency is not rising in...
Read more
World News

"It's absurd that in such an oil-rich country, the government has finished the industry off," she says. "It's not just petrol either, I get...
Read more

Pretoria - Residents of Mamelodi say not one but three gangs, including the notorious gang “Boko Haram”, are responsible for the reign of terror...
Read more
Economy

The U.S. economy continues to recover from the downturn caused by the coronavirus pandemic, according to business surveys that show services and manufacturing activity...
Read more
Business

Let’s face it: 2020 was a tough year, as COVID-19 surged across the world, killing more than 1.5 million people, shuttering companies, causing...
Read more

• The UK has hit its target of vaccinating 15 million residents. Prime Minister Boris Johnson has announced plans to lessen restrictions on...
Read more