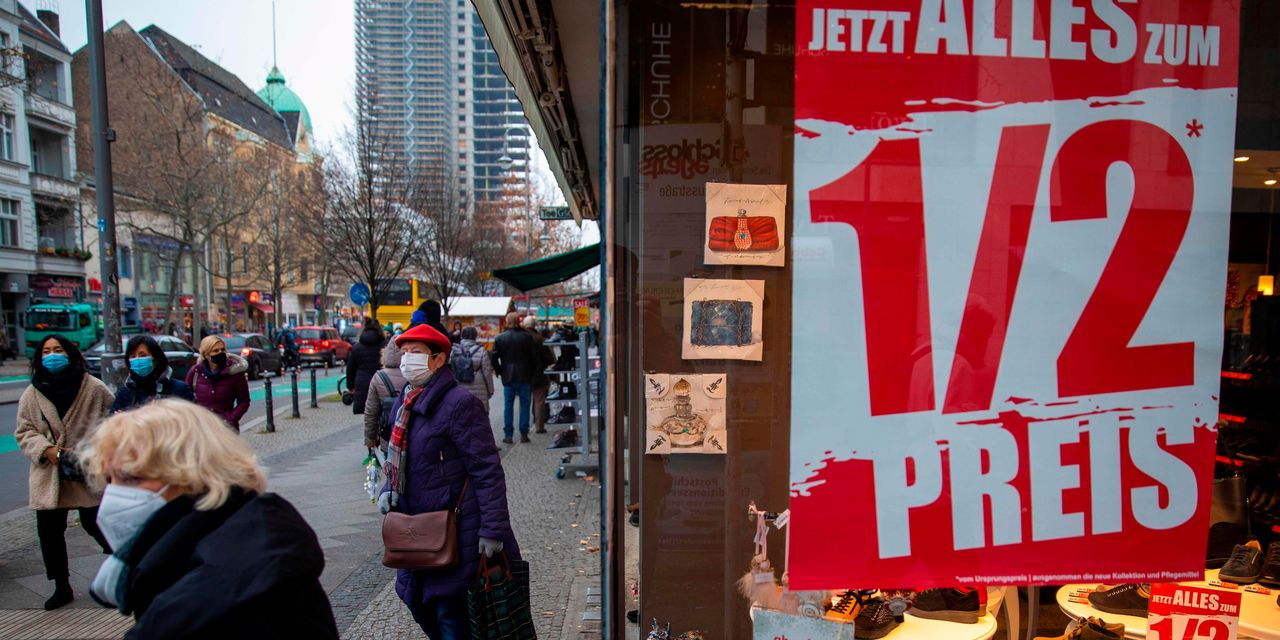 Fresh data Tuesday highlighted an economic gap between the eurozone and the U.S. and China that is likely to widen this year, given that the U.S. is proceeding more quickly than the European Union in rolling out vaccines and China remains largely free of the virus.

The eurozone’s gross domestic product contracted by 0.7% in the three months through December from the previous quarter, resulting in an annual decline of 6.8% for the bloc in 2020, the EU’s statistics agency said on Tuesday. That compares with a 3.5% decline for the U.S. economy last year, supported by a strong rebound in the fourth quarter. China’s economy grew by around 2.3% last year.

Since the start of the pandemic, European policy makers have sought to balance saving lives and supporting businesses, but have generally pursued more draconian restrictions to stop the virus’s spread than has the U.S. Nonetheless, the death toll in Europe is approaching that of U.S., while its economic performance—already lagging behind the U.S. before the pandemic—has been much worse than other advanced economies.

Now, a sluggish rollout of vaccines, the threat of highly contagious new variants of the virus and the possibility of weeks or months of continued restrictions bode ill for the near term and could delay a recovery. EU countries have administered vaccines to less than 3% of their populations compared with 9% in the U.S. and 14% in the U.K., according to OurWorldInData.

Tottenham Hotspur appear to be in the market for reinforcements. The club are enjoying a fine season and are currently fifth in the Premier...
Read more
USA

COVID-19 has killed more than 418,000 Americans in less than a year, and infections have continued to mount despite the introduction of a pair...
Read more
Stock

A Champions League soccer match between Paris St.-Germain and Istanbul Basaksehir was suspended on Tuesday after both teams accused a match official of directing...
Read more
Business

While the ex-president continues to claim he won an election he lost, his real estate company is fibbing at scale on its website.  Visit the...
Read more
USA

Here’s what you need to know:Midtown Merry Christmas Trees in Nashville this month. Tennessee is reporting the country’s most coronavirus cases per capita.Credit...Whitten Sabbatini...
Read more
Cryptocurrencies

Cryptocurrency sinks to $46,568 in its largest daily drop in a month after surging past $50,000.Bitcoin has dropped below $50,000 as investors began to...
Read more
European Premier League

UEFA has reiterated it intends to hold Euro 2020 across 12 countries this summer.Earlier this week, Prime Minister Boris Johnson said the UK was...
Read more

How to Buy Bitcoin (BTC): Beginner’s Guide to Investing in the Cryptocurrency – Bloomberg