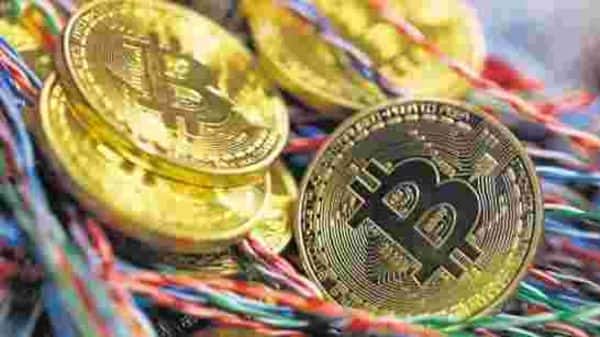 The Indian government’s plan to “create a facilitative framework for creation of the official digital currency to be issued by the Reserve Bank of India (RBI),” was announced in the agenda for the upcoming Budget session of Parliament. The legislation seeks “to prohibit all private cryptocurrencies in India”, the agenda said. It is meant to allow the use of blockchain technology, which is the underlying tech behind cryptocurrencies, but many expect that it will make the use of currencies like Bitcoin and Ethereum illegal in the country.

“The digital currency bill to be introduced in the Lok Sabha is a welcome step. Its success will depend on the details, particularly the definition of what the bill calls ‘private cryptocurrencies’. This is not a common term. Bitcoin is not privately owned by anyone. It is a public good, like the internet,” said Rahul Pagdipati, chief executive officer (CEO) of crypto exchange and wallet ZebPay.

Industry executives say the government’s concern is likely about the possible use of cryptocurrency as an alternative to the Indian rupee (INR). They argued that cryptocurrencies instead are similar to assets such as gold. “As an industry, we’re in sync with the fact that INR is the only legal tender in India and about crypto being an asset/utility that people buy and sell,” said Nishcal Shetty, founder of WazirX, India’s largest cryptocurrency exchange, which was acquired by Binance, the largest crypto exchange in the world.

“Bitcoin and most crypto assets are more like gold and not an alternative to government-issued legal tender,” said Pagdipati. “Crypto assets and digital government currency can coexist and together,” he said.

India has considered banning cryptocurrencies once earlier. The government had floated a draft bill for “Banning of Cryptocurrency and Regulation of Official Digital Currency Bill” in 2019. That bill proposed a fine or imprisonment of up to 10 years, or both, for mining, holding, selling, trade, issuance, disposal or use of crypto in India. The Reserve Bank of India (RBI) had also issued a circular in 2019 that banned banks and other regulated entities from doing business with crypto companies. This was struck down by the Supreme Court last year.

According to data from analysis firm Venture Intelligence, investments worth $24 million went into crypto firms in 2020, after the Supreme Court’s decision, up from a mere $5 million in the year before. Crypto firms in India have also experienced a successful year since the lockdowns in March 2020. Trading on crypto exchanges increased manifold, while Bitcoin’s sudden bull run in December brought in more investors too. The government’s current move threatens to put the future of this industry in disarray once again.

NEW YORK (AP) — It would be just a temporary precaution.When the viral pandemic erupted in March, employees of the small insurance firm...
Read more
USA

Another high-profile Belarusian dissident died in Kyiv in July 2016, blown up by a car bomb: journalist Pavel Sheremet. His hard-hitting coverage of political...
Read more
Cryptocurrencies

GameStop shares are on an epic roller coaster that's pushed them to the stratosphere. But for how long? Getty Images Many of today's...
Read more

‘It’s Going to Be a Clusterf—:’ The New Era of College Sports Is Here. Is Anyone Ready? – Sports Illustrated

PayPal’s chief executive believes cryptocurrencies are on the verge of mainstream adoption as more businesses and consumers flock to “digital payments and digital forms...
Read more

With this addition, the company that is recognized as a key medical services provider in the cruise sector signals its plan to expand further into the...
Read more
USA

A defiantly resilient dollar could become a problem for U.S. stocks — here’s when to worry – MarketWatch

While not quite almighty, the U.S. dollar is enjoying an unexpected rebound in 2021, and that’s starting to make some stock-market bulls nervous. ...
Read more