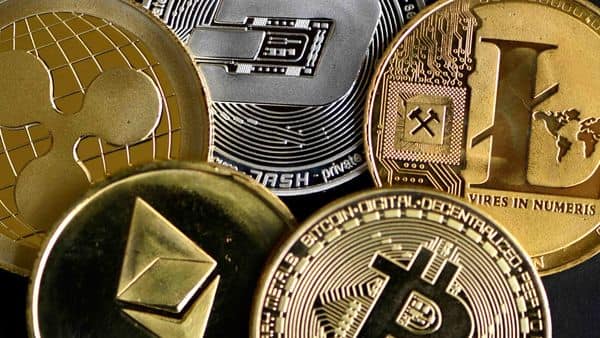 Dogecoin or DOGE, which in 2013 was created as a joke or meme to the world’s oldest cryptocurrency, Bitcoin, surged over seven times in a span of 24 hours to hit a market capitalization of $7 billion. At this valuation, the crypto asset can figure in the list of top 100 Indian companies, and even beat the likes of Bandhan Bank, Lupin and Cadila Healthcare.

The breakneck rally in DOGE has propelled it among the 10 top cryptocurrencies in the world. Bitcoin is the world’s biggest crypto asset with a market cap of nearly $600 billion. In comparison, India’s most valuable company, TCS Ltd, commanded a valuation of $165 billion as of Thursday’s closing.

“Dogecoin is a legitimate cryptocurrency based on its own blockchain, but it was created as a joke rather than a usable currency. It’s also called a meme currency, which makes fun of all the other currency around it,” said Ashish Singhal, chief executive officer and co-founder, CoinSwitch Kuber, cryptocurrency investment platform.

The surge in DOGE came on the back of frenzied speculative trading by retail investors after the cryptocurrency got attention from a lot of users on the Reddit message board.

Earlier, shares of GameStop also had seen a massive rally due to similar attention on social media and chat rooms, including GameStop.

“The Reddit thread has changed the GameStop valuation. The same thing happened with Dogecoin as well over the last two days, where a lot of memes got created, including by prominent figures such as Elon Musk on Twitter. This pushed curiosity in the cryptocurrency and then the retail investors towards it,” added Singhal.

However, industry experts have a word of caution.

“This rally is definitely not a joke as somebody is making money and somebody is losing money. However, the run-up in Dogecoin does not represent any merit. A lot of people believe in momentum play. So I don’t put stock into Dogecoin movement except for people who are looking for bargain hunting merely on the basis of price,” said Ajeet Khurana, founder, Genezis Network, a think tank for crypto startup investments.

Singhal echoed similar views, saying that the rally may not sustain. “The surge is simply because of the hype that got created, which is not sustainable in the long run. If you compare it with GameStop, then the stock should be valued based on what the company delivers, and not on someone trying to beat the Wall Street shorts,” he added.

There are also fears that such a rally in Dogecoin without any fundamentals may delegitimize the crypto market. However, Singhal refuted such fears.

“This is in part good and bad for the crypto industry. Good because a lot of people are talking about it and bad because it is happening for the wrong reasons. But I don’t see it delegitimizing the crypto industry, but a coin going so high without delivering value is counterproductive,” Singhal said.

Experts warn that investing in cryptos is highly risky and one should have a complete understanding of how the industry works and one’s own risk profile before dabbling into the world of cryptocurrency. One must stay away from lower segments of cryptocurrencies, meaning cryptos that have low trading volume and market cap.

In other cryptocurrencies, bitcoin was back to winning ways. The cryptocurrency saw a steady upward trajectory from $32,107 to the current price of $34,326 at the time of writing. While, ethereum saw a similar upward movement from $1,234.10 to $1368.70.

On Budget expectations, Neeraj Khandelwal, co-founder of CoinDCX, said: “Today, digital penetration is spreading rapidly and we are looking beyond tier 1 cities. If concessions are provided to this sector, for developing skills, imparting education, and building infrastructures, it will help fuel the growth of the fintech revolution in India, very much like the white or green revolution. The entire community welcomes taxation, but it would help if we have some clarity on it and a reduction from the proposed 18%. This will encourage people to trade and also make informed choices. Apart from this, the industry will definitely bring more revenue to the government.”

With businesses nationwide operating out of, or transitioning into, various hybrid work environments, with many employees dispersed between physical and home offices, the imageCLASS...
Read more
Business

A utopian agricultural entrepreneur in China has been arrested and his businesses seized by the state as part of an effort to bring...
Read more
European Premier League

With Brazilian goalkeeper Alisson on compassionate leave following the death of his father this week, Adrian took over between the posts for Liverpool but...
Read more

How Long Will It Take the Stock Market to Turn $100 a Week Into $1 Million? – Motley Fool

Investing is one of the fastest ways to grow your wealth, and it's pretty much essential for retirement savers. But for most people, it's...
Read more
Economy

The Economy Is Recovering: How to Invest When Everything Is Expensive – The Wall Street Journal

The good news for your portfolio is that the economic rebound from Covid-19 is looking like a fact. The bad news is that financial...
Read more
World News

Kristen Clarke, head of the Lawyers' Committee for Civil Rights Under Law, said in a statement: "Black churches and other religious institutions have a...
Read more

The New York Stock Exchange welcomes Lightning eMotors (NYSE: ZEV), on May 24, 2021, in celebration of its transition to a public company.NYSEStock futures...
Read more
Sports

The 2020 Moments When Sports Made Sense – The New York Times

In a year in which Covid-19 caused more than 1.7 million deaths worldwide, sports competitions took place amid much debate over their necessity and...
Read more
USA

Made in the USA, used at the USA | News, Sports, Jobs – Morning Journal News

Morning Journal/Deanne Johnson Made in the USA, used at the USA Bill Watson, director of the Utica Shale Academy, shows board members of...
Read more