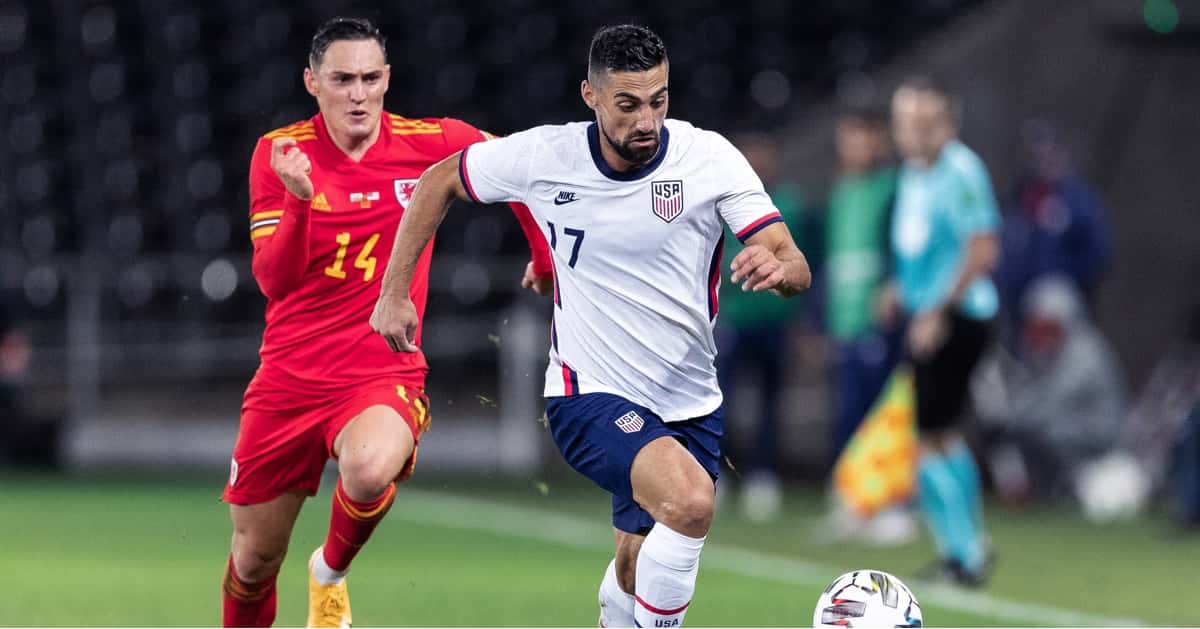 The match against Trinidad & Tobago will serve as an important preparation opportunity for players to stake their claim to represent the USA during an action-packed year of programming.

At the start of the month, head coach Gregg Berhalter called 12 USMNT players and Under-23 USMNT head coach Jason Kreis called 26 players to train alongside each other in Bradenton, Fla. as the U-23 USMNT prepares for March’s Concacaf Men’s Olympic Qualifying Championship. Berhalter’s final game roster consists of nine players initially named to the senior team and 16 U-23-eligible players, including 10 who will seek their international debut. Falling outside of a FIFA international window, all 25 players come from Major League Soccer.

Due to the current conditions related to the global COVID-19 pandemic, the match will be conducted under U.S. Soccer’s comprehensive Return to Play Protocols, with a stadium capacity limited to 4,500 fans.

Sunday’s match vs. Trinidad is just the start of a loaded year for the USMNT and U-23 USMNT. The first major tournament comes in March, when the U-23s head to Mexico for the Concacaf Men’s Olympic Qualifying Championship. There, the team will look to qualify the USA for its first Olympic appearance since 2008.

Following a friendly window in March, the USMNT will play in the Final Four of the inaugural Concacaf Nations League in June, its first opportunity of the year to lift a trophy. Shortly after, the 2021 Concacaf Gold Cup kicks off in July, the second edition of the expanded 16-team tournament format. In September, the USA will embark on the new World Cup qualification process for Concacaf, an eight-team round robin competition that will send three teams to the 2022 FIFA World Cup in Qatar.

Following a long and winding road to the National Team, New England Revolution goalkeeper Matt Turner has a chance to make his international debut on Sunday. With the USA’s run at the 2010 FIFA World Cup serving as the spark for him to concentrate on soccer, the 26-year-old went undrafted and spent two seasons in the USL Championship before establishing himself in New England. Now in his second January training camp, Turner has made massive strides and is eager to earn his first USMNT cap.

Additionally, with fellow goalkeepers Matt Freese and JT Marcinkowski also seeking their debuts, Sunday’s match will mark the first time in nearly 15 years that all goalkeepers dressing for a U.S. match held zero caps. The last instance came on Feb. 19, 2006 when debutants Brad Guzan and Zach Wells combined for the clean sheet in a 4-0 win against Guatemala in Frisco, Texas.

Midfielder Kellyn Acosta made his first USMNT appearance in more than two years during December’s friendly victory vs. El Salvador. Now back in camp with the USA, Acosta aims to once again become a National Team stalwart. After playing an important role in the qualifying campaign for the 2018 World Cup, a number of changes and nagging injuries plagued Acosta. Now, he’s focused on winning the day and staking his claim for a role with the USMNT during its busy 2021.

While Andres Perea was called to the USMNT’s December training camp, the Orlando City SC midfielder wasn’t eligible to play for the USA after representing Colombia at the FIFA U-17 and U-20 World Cups. Born in Tampa, Fla., Perea moved to South America at age five and played in Colombia before impressing on loan with Orlando last season. After December camp, Perea submitted a one-time change of association request to FIFA to represent the U.S. It was granted just before the USMNT kicked off January camp and now the 20-year-old will look to make his debut vs. Trinidad and Tobago.

USMNT head coach Berhalter has given more opportunities to new players than any other modern era USMNT head coach at this point in their tenure. To this point, 34 players have made their international debut during his first 22 matches at the helm of the program.

While 2020 turned international soccer on its head, the USMNT finished on a high note in its first December friendly since 2001, defeating El Salvador 6-0 with a similarly youthful roster. Ten players from that match return for the game vs. El Salvador, including Paul Arriola, Sebastian Lletget and Chris Mueller, who scored four of the USA’s goals. The night marked Mueller’s international debut, becoming just the sixth player to bag a brace in his first USMNT appearance. Current USMNT outside backs Julian Araujo and Kyle Duncan also earned their first caps.

Sunday will mark the 27th meeting between Trinidad & Tobago and the USA. It’s their first friendly match-up since 1994 and just the fifth all-time. As a frequent foe in World Cup qualifying, the two nations have some memorable history, with each denying the other a place in the World Cup on the final day of qualifying. U.S. midfielder Paul Caligiuri’s legendary “shot heard ‘round the world” barred the Soca Warriors from the 1990 tournament and sent the USA to its first World Cup in 40 years, while Trinidad came out on top 2-1 in 2017 to keep the USMNT from the 2018 World Cup.

The frequent foes last met at the 2019 Concacaf Gold Cup, a 6-0 win for the United States that marked its largest margin of victory vs. Trinidad and tied its largest margin of victory at the Gold Cup. Defender Aaron Long bagged a brace, the first two goals of his international career, and made history as the first USMNT defender to score twice in a match.

A number of players initially called to the USMNT roster are not available for the gameday roster. Goalkeeper Sean Johnson departed camp due to a minor knee strain, defender Tristan Blackmon suffered a concussion and left camp last weekend and forward Jordan Morris departed early with Berhalter’s permission to join English Championship club Swansea City on loan for the remainder of the 2020-2021 season.

IN FOCUS: TRINIDAD AND TOBAGO

One day after it became known that the Dallas Mavericks would not play the national anthem before their home games, the NBA said all...
Read more
Economy

NEW DELHI — China has come roaring back from the devastation of Covid-19, and the United States, Europe and Japan are finding their feet....
Read more
Cryptocurrencies

Cryptocurrency has come a long way in the last decade of its existence. A few years ago, interest in cryptocurrencies was limited to...
Read more

Covid-19 Live Updates: As U.S. Vaccinations Ramp Up, Some Recipients Struggle to Secure a Second Dose – The New York Times

Starting a business this year? Here are a few things to consider before taking that leap of faith. Grow Your Business, Not...
Read more
Economy

Discrimination hurts just about everyone, not only its direct victims.New research shows that while the immediate targets of racism are unquestionably hurt the most,...
Read more
European Premier League

After Bongani Zungu won the Scottish Premiership with Rangers, here is a look at some other Bafana Bafana stars who have won league titles...
Read more

PayPal says all users in US can now buy, hold and sell cryptocurrencies – TechCrunch

PayPal announced today it’s dropping the waitlist to buy, hold and sell cryptocurrency in the U.S. With the move, all customers in the...
Read more
Cryptocurrencies

Facebook and its partners plan to launch Libra, a new global cryptocurrency. Getty Images Libra, the cryptocurrency spearheaded by Facebook, could launch as early as January,...
Read more