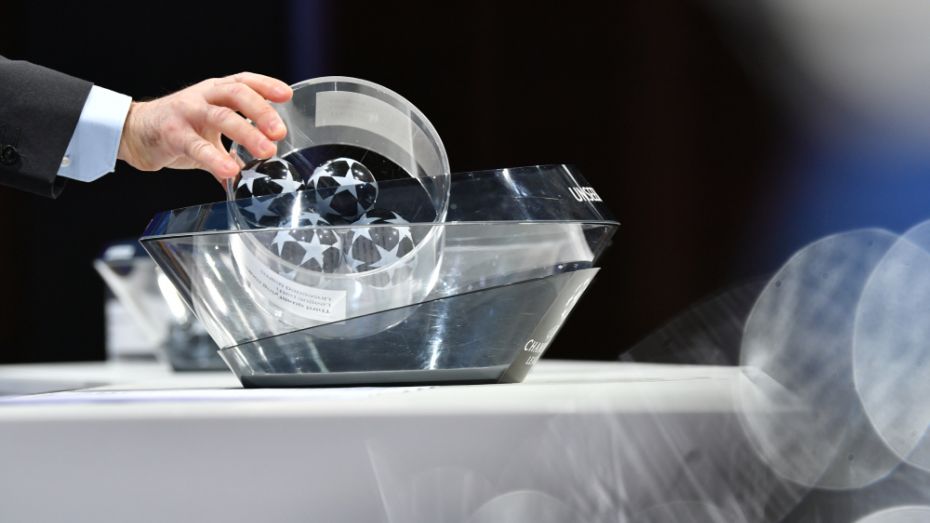 Stable is not a word anyone would associate with 2020, yet it is against this backdrop that the future of European soccer’s club competitions is being debated. On one side, there are those who argue for the game’s existing structure to largely be retained, while on the other side of the fence are those who wish to lean into ever-growing interest in the big clubs.

There is no doubt that those clubs at the top feel their commercial success means they deserve a separate set of rules, in particular rules on how they qualify for the Uefa Champions League, Europe’s lucrative elite club competition.

The vessel for much of that discussion is the European Club Association (ECA), a successor to the more power-concentrated G14. As chief executive, Charlie Marshall oversees a 246-member body that, in his own words, “strives to secure more participation from our members in European competitions, because, for our members, European competitions represent a very important avenue for growth.”

Ultimately, the goal for the biggest clubs is to capture a greater share of revenue and they see the route to that as coming via more games against each other. Current reporting suggests that, unless there is a major restructuring of European competition, such as the much-touted breakaway ‘super league’, then the Champions League will be restructured to expand the number of group games.

With 2020 a lost year for discussions on the future of Europe’s competition structure, those negotiations will now have to be squeezed into 2021 before key rights tenders hit the market in 2022. Jostling for position as those talks loom, Marshall points to the fact that clubs, as the game’s frontline businesses, have borne the brunt of the pandemic. When it all shakes out, he estimates that the economic damage for European soccer will be between €7 billion (US$8.51 billion) and €8 billion (US$9.72 billion), the majority of which will fall on the ECA’s members. That, Marshall asserts, should give them greater control on the structure of soccer after the pandemic.

“The ECA’s view is that there needs to be balance. There are many stakeholders in the industry, and they all make up what is a very, very vibrant industry, the world’s number one sport. What Covid has definitely shown is that clubs need and can be delivered – if we continue to do our work – more of a say in how those decisions are made.”

While 2019’s ECA-led attempt to shift qualification of the Champions League away from domestic league places and towards past performance collapsed, Marshall says that structure’s merit, missed in much of the discussion, was based on as many as 44 spots being all-but guaranteed to the top performers in the previous season’s competitions across 128 group stage places in three competitions – the Champions League, the Europa League, and the new Europa Conference League.

“If you could give, let’s say, 40 or 44 European clubs, or spots, the ability to bank their future on staying into this competition, year on year – by the way, not the same 44, but 44 who would finish in the right places across the competition – then you could give a different kind of a future to a club like Benfica, Ajax or Celtic, or these clubs that are in the smaller markets.

Framed in that way, the notion seems more noble but the reality would be a largely closed-shop in those competitions and a further distancing of the haves and have-nots domestically.

In the Champions League, 134 different clubs have taken part since 1999, with 29 of those since 2010. Marshall argues that with roughly the same teams qualifying consistently for European competition, they deserve some stability.

However, the idea that dominant teams remain consistent is only as true as a system allows them to be. For example, had the drawbridge been pulled up at Europe’s top club tournament in 2000, then Napoli, Manchester City, Atletico Madrid, Tottenham Hotspur and, in all likelihood, Ajax would have been on the outside looking in. Two of those clubs have played in Champions League finals in the last ten years.

It is an oddity of European soccer that a decision over the future of the Champions League has implications for English minnows such as – for the sake of argument – Burton Albion.

In February 2020, Premier League chief executive Richard Masters said that adding more games to the Champions League would “fundamentally alter” the League Cup’s “trajectory”. Yet the competition is of vital importance to England’s smaller clubs as it makes up to two-thirds of the EFL’s UK£119 million (US$155.2 million) annual broadcast deal with pay-TV network Sky Sports and offers money-spinning ties with top-flight clubs, such as those enjoyed by Burton on their run to the semi-finals in 2018/19.

Paul Barber, who as chief executive has successfully overseen Brighton’s rise out of the EFL, has “no doubt” the “complex puzzle” of the financial gap between the top flight and second-tier Championship will be debated going forward. Masters and Boston Consulting Group are leading on the official reform plans for the Premier League, which will inevitably involve the EFL and, as the national governing body, the Football Association (FA). Those talks could turn ugly if the self-interest on display during 2020’s EFL bailout discussions are anything to go by.

During those negotiations, as the chief executive of a Premier League club, Barber’s position was that clubs in the bottom two tiers needed to be protected, but that Championship clubs, which often teeter on the precipice of unsustainable budgets, could not be given a blank cheque.

“[That is] for two reasons,” he explains. “One, some of the clubs are owned by people that are richer than [Brighton] owner [Tony Bloom]. Secondly, those clubs are seeking to replace us in the Premier League. So it wouldn’t make much sense to anyone, at any level, in any business to weaken your own business, to strengthen somebody else’s that is looking to then replace you.”

Barber says he has to do what is best for his club, which is a common and understandable argument, but one that makes consensus on reform difficult to achieve.

Project Big Picture, the controversial plan formulated by the Premier League’s top clubs, proposed a new revenue distribution model but also a dramatic shift in voting rights towards those elite sides, as well as seeking to achieve consensus by offering generous cash incentives for the EFL. While the proposals were ultimately rejected, Marshall sat in the camp of those who believe the big clubs have the right to say how money they bring in is invested back into the system.

“I think that it’s not right to say that the value creators can’t make sensible decisions about what is the right structure and system of self-sustaining football. I thought, within Big Picture – which we weren’t involved in at all, but was fairly well publicised – there was not just a nod, but there was some serious strategic thinking in there about what that system needed to look like.”

For Barber, who has previously been on the other side of the fence as an executive director at Premier League ‘big six’ club Tottenham, the concentration of power was a red line issue that could not be overcome.

La Liga president, JavierTebas, very much an advocate for the continued primacy of domestic competition, saw the Project Big Picture episode similarly. “It’s absurd that they want to change the governance from the Premier League when the ecosystem has always worked,” he says. “The Premier League itself should talk to the other, to regions of a federation, if they need to develop or change things but never because the six top clubs want to get more power and they want to change it. That’s very dangerous.”

One question that consistently flummoxes those on the outside looking at the big clubs as they try to accrue more power is: ‘What is the jeopardy they are trying to protect against?’ The common answer is that the influx of American money comes loaded with pressure to enshrine the guaranteed incomes enjoyed by franchises in major North American leagues.

That four of the Premier League’s big six clubs are US-owned – or, in the case of Bruce Buck at Chelsea, have Americans in prominent leadership positions – is surely no coincidence. However, the prevailing sentiment within the European soccer industry is one of defiance. Tebas, for one, believes the European tradition has provided enough economic stability that the industry is able to resist pressure to pursue an American-style closed-league structure.

“The Americans like their model because the value of their investments is obviously higher because clubs can’t be relegated, but this model isn’t one we’ve had for Europe,” he says. “I think [European soccer’s] broadcasting industry has the highest turnover in Europe and we have the same amount of inhabitants as the USA. We get more than the NBA and the other American leagues, just in football, and I mean I talk about everyone. So it’s a successful model. Why should we change it?”

Marshall says he “passionately believes” that the smartest American investors are learning what is different about European sport versus US sport. If so, then perhaps Project Big Picture might be one of the last throws of the dice from the English elite, rather than being, as is more commonly perceived, an opening salvo.

Indeed, Barney Francis, until recently the managing director of UK pay-TV giant Sky Sports and someone who knows more than a little about the value of soccer rights, believes that a key part of the Premier League’s appeal comes from the existing setup and the weekly intrigue that its highly competitive nature fosters.

“If you look at the ‘big six’, where are they in the league right now? We’re in an extraordinary place,” he says. “Don’t we want that to continue? Is that not, long term, the best thing to be selling overseas: the most competitive domestic football league?”

Throughout this week, SportsPro will be unveiling a special series that delves into the structural elements that underpin European soccer in an attempt to highlight the forces shaping the game’s future.

This series features as part of a special report, titled ‘Power games’, in the forthcoming Issue 112 of SportsPro Magazine, which will be available in its entirety via digital or physical versions that can be accessed here.

How North Korea is trying to tackle smoking – BBC News

Opinion | Why Are Republican Presidents So Bad for the Economy? – The New York Times

What, then, are the most plausible theories?First, it’s worth rejecting a few unlikely possibilities. Congressional control is not the answer. The pattern holds regardless...
Read more
Business

Greetings from the land of leftovers. Cut yourself a slice of cold pie and catch up on the business news you need to know...
Read more

This website uses cookies so that we can provide you with the best user experience possible. Cookie information is stored in your browser and...
Read more
World News

NEW YORK, Feb. 16, 2021 /PRNewswire/ -- The excitement around cryptocurrencies continues to grow across the board, and it is driven by several factors....
Read more

When the first shipment of AstraZeneca’s Covid-19 vaccine arrived in South Africa this month, President Cyril Ramaphosa hailed the consignment as a means to...
Read more
European Premier League

A Champions League soccer match between Paris St.-Germain and Istanbul Basaksehir was suspended on Tuesday after both teams accused a match official of directing...
Read more
European Premier League