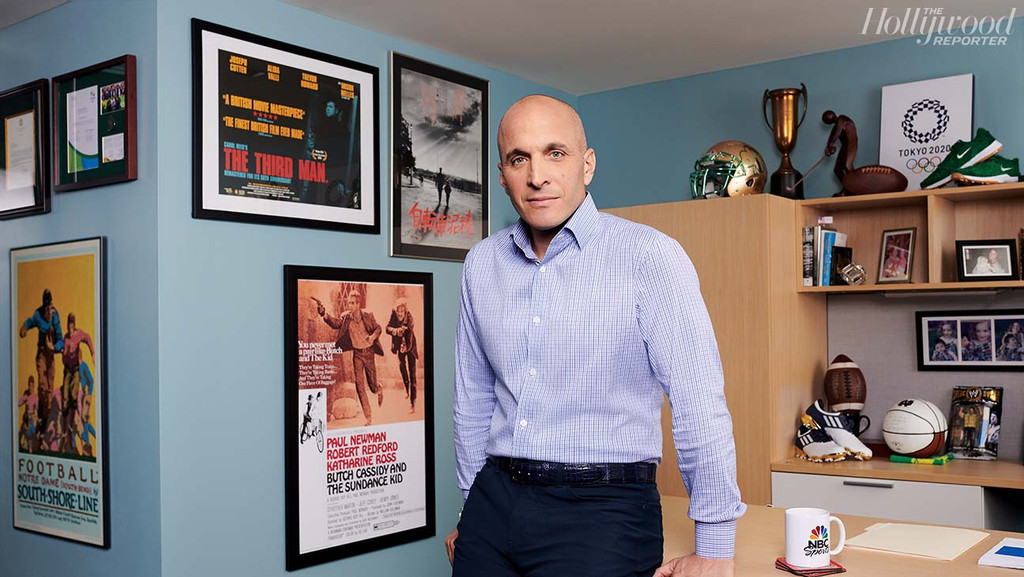 NBCUniversal’s general entertainment cable channel stands to inherit a lot of the programming from the soon-to-shutter sports net.

NBCUniversal’s plan to shutter its national sports cable channel, NBCSN, later this year is emblematic of challenges old-line media companies are facing: Conglomerates that once sought cable channels for seemingly every niche are now collapsing them as consumers shift away from big bundles and into a streaming-led world.

The loss of NBCSN, however, could also be a lifeline for another one of NBCU’s cable outlets: USA Network, which is going through a transition of its own — away from a fairly robust roster of scripted series and toward a lineup built on live events and unscripted shows.

In a memo to staff on Friday, NBC Sports chairman Pete Bevacqua said that later in the year, USA will start carrying or simulcasting National Hockey League and NASCAR telecasts. Along with Premier League soccer, those are the biggest pro sports NBCSN currently carries — and it’s possible they could find a somewhat wider audience on USA.

In 2020, USA averaged about 900,000 viewers in primetime, more than three times as many as NBCSN (250,000). Both were down by more than 25 percent vs. 2019, in keeping with widespread declines across the cable landscape as MVPDs lose subscribers and legacy media companies turn their attention to building up streaming platforms. Sports channels haven’t been immune to the downturn, but the fact remains that live events remain among the best chances to draw a big same-day audience on ad-supported TV.

USA has also seen its scripted lineup dwindle over the past few years. It previously had a roster of originals that included awards player Mr. Robot and a brand of long-running “Blue Skies” originals like Suits, White Collar and Burn Notice as part of a slate that was north of a dozen. Now, USA’s scripted originals include the delayed fifth season of Queen of the South, anthology The Sinner (season four is expected in the fall) and a reboot of Chucky, the latter of which will also air on cable sibling Syfy. Bravo-turned-USA anthology Dirty John is awaiting word on a third season after wrapping last summer.

Twenty-year NBCUniversal veteran Chris McCumber, who departed the company in September as part of its executive restructuring, led USA to a TV record 14 straight years as cable’s No. 1 entertainment network — a mark that in the current, fragmented era is unlikely to ever be snapped. As viewers increasingly shifted to streaming and cable’s relevance declined, McCumber shifted resources away from expensive scripted originals — some of which were co-financed via streaming deals with Netflix — and pushed hard into unscripted with shows like Chrisley Knows Best, Cannonball and reboots of Temptation Island and The Biggest Loser to go along with such live events as wrestling.

USA also no longer has its own dedicated executive team: As part of NBCUniversal’s executive reorganization, Susan Rovner now oversees an entertainment portfolio that includes NBC, USA, Syfy, Bravo, Oxygen, E! and streamer Peacock. The plan, under Rovner’s business-focused counterpart Frances Berwick, is for scripted tentpoles to air across the NBCU portfolio. The first example of that will come in 2022 with the Kate McKinnon-led Joe Exotic drama as Berwick looks to get the most eyeballs on expensive scripted programming during a climate where it’s increasingly hard to cut through.

“USA has been a top five cable entertainment brand for over twenty years by way of constantly broadening our slate and finding ways to excite our viewers through immersive storytelling and iconic personalities,” said Berwick, chairman entertainment networks at NBCUniversal. “We remain committed to original entertainment programming, and believe that high-profile live sports will complement USA’s broad premium scripted, unscripted and WWE slate, enabling us to engage our passionate, intersecting audiences more deeply and with greater urgency.”

Streaming, of course, is also a factor in the shutdown of NBCSN. Some of its programming will also likely move to Peacock, which hopes to use sports, including Premier League matches and Olympics coverage, as a way to stand apart from other services.

On the upside for USA, it has a larger footprint than NBCSN does and is more likely to be on a lower-cost service tier from MVPD providers. An influx of live sports could also be a way for USA to keep its viewer numbers (and carriage fees from cable and satellite providers) up, similar to a network like WarnerMedia’s TNT, which carries a heavy load of sports programming amid a shrinking lineup of scripted originals.

USA also has some history with sports programming. In addition to its long association with World Wrestling Entertainment, the network has in the past aired the U.S. Open tennis tournament, boxing, golf and, in its early years, the NHL. It will also presumably shoulder more of the Olympics load after NBCSN shuts down: During the 2018 winter games, USA aired about 40 hours of Olympic programming, while NBCSN carried nine times that much: 369 hours.

NBC Sports’ rights deal with the NHL expires after this season, but it has NASCAR locked up through 2024 (sharing rights to the racing circuit with Fox Sports) and the Premier League through the 2021-22 season. The company’s rights to the Olympics run even longer, through 2032 — all of which suggests USA will have ample chance in the next few years to make its case as a sports destination.

To register your club or league, begin by logging in to your individual account at my.usacricket.org. In the left hand navigation, click My...
Read more
Economy

Expectations for India’s economic growth are being revised sharply lower as a surge in people losing their jobs and defaulting on debt suggest a...
Read more

WhatsApp is piloting a new business directory in São Paulo, Brazil that lets users find local shops and services with a presence on the...
Read more
USA

The researchers said that there were two ways longer working hours led to poor health outcomes: firstly through direct physiological responses to stress, and...
Read more

Coming off a thrilling quarterfinal triumph over the Netherlands, the U.S. Women’s National Team returns to the field on August 2, taking on longtime Concacaf foe Canada...
Read more

Top 10 Cryptocurrencies to Buy this Weekend, May 2021 – Analytics Insight

The world’s largest economies on both sides of the Atlantic have a good chance of recovering the lost ground caused by the coronavirus pandemic by...
Read more
Stock