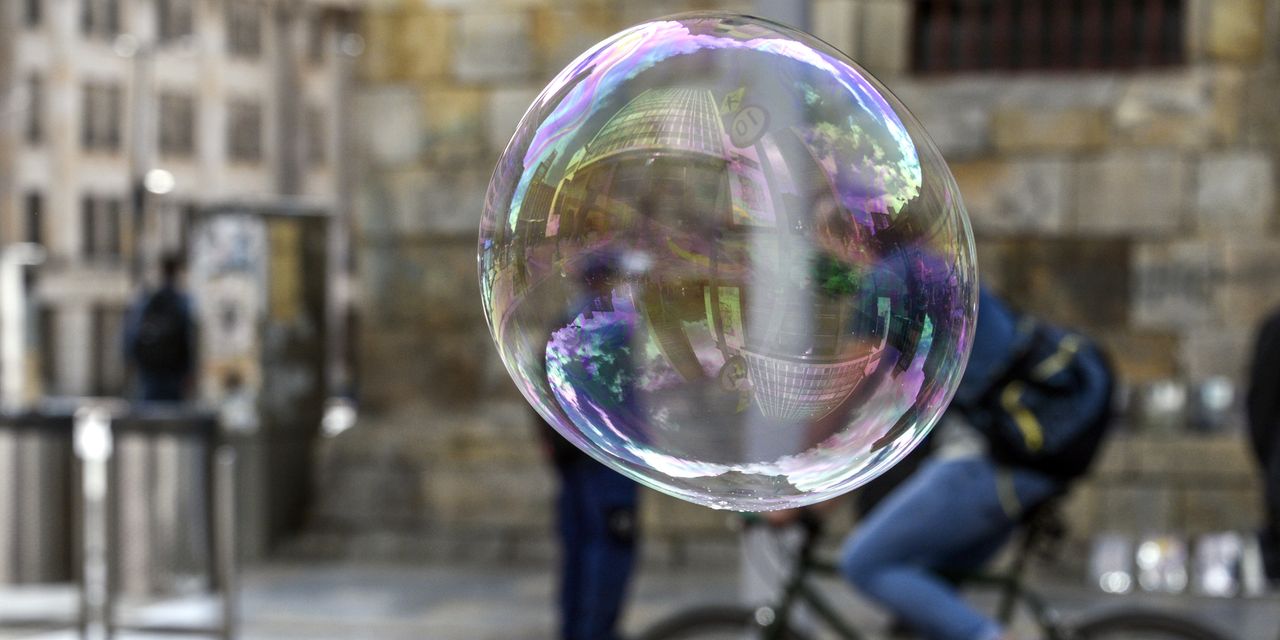 “ ‘We will have a few weeks of extra money and a few weeks of putting your last, desperate chips into the game, and then an even more spectacular bust…When you have reached this level of obvious super-enthusiasm, the bubble has always, without exception, broken in the next few months, not a few years. ”

That is the latest from Jeremy Grantham, co-founder and chief investment strategist at Boston-based money manager Grantham, Mayo, Van Otterloo & Co., offering up a stark warning to speculators driving the stock market to new heights amid the greatest pandemic of the past century.

In an interview with Bloomberg TV’s “Front Row,” the storied investor, who is often credited with several prescient market calls over the past two decades, insists that a steady rise in stocks, fostered by free money from the Federal Reserve and the government’s fiscal stimulus, can’t continue without consequences.

“If you think you live in a world where output doesn’t matter and you can just create paper, sooner or later you’re going to do the impossible, and that is bring back inflation,” Grantham warned.

This is far from the first word of caution that Grantham has sounded in recent weeks but he’s now pointing to the $1.9 trillion coronavirus relief package proposed by newly inaugurated U.S. President Joe Biden as further reason for an eventual bursting of the bubble.

Grantham is worth paying attention to due to his prescient calls over the years. He said that stocks were overvalued in 2000 and again in 2007, anticipating those market downturns, The Wall Street Journal reports. Grantham also signaled that elements of the financial market had become unmoored from reality leading up to the 2008-09 financial crisis.

Back in June, one of GMO’s key investment officers, Ben Inker, told investors that it was time to sell stocks, in a client letter, cited by Bloomberg. Inker suggested to Bloomberg that investing is no easy game.

Buy the dip with Apple, Microsoft and other tech stocks before they fly higher, says analyst – MarketWatch

A study published Thursday found life expectancy in the United States dropped to its lowest level in 15 years, and even lower for Black...
Read more
European Premier League

First, the world mocked the chaos, then the congratulations flowed in – The Guardian

Fiji’s prime minister got in first, gambling on congratulating Joe Biden before the presidential election had been called, slipping in a plea for action...
Read more

ENGLAND’S Big Six could ALL be part of a new-look Champions League.The latest blueprint unveiled to the Prem elite opens the way for Arsenal,...
Read more
European Premier League

Premier League and other European divisions set to discuss proposals for new-look Champions League from 2024 – talkSPORT.com

Proposals for a new-look Champions League in 2024 is set to be discussed by the Premier League and other domestic leagues across Europe, it...
Read more
World News

‘Our time is far from over’: Without Donald Trump, what happens to global populism? – USA TODAY

He was their anti-science standard-bearer. He made it seem like blaming immigrants and minorities had no consequences. He emboldened falsehoods of a grand conspiracy targeting nationalists and championed the...
Read more
USA

Cryptocurrency has come a long way in the last decade of its existence. A few years ago, interest in cryptocurrencies was limited to...
Read more
Stock