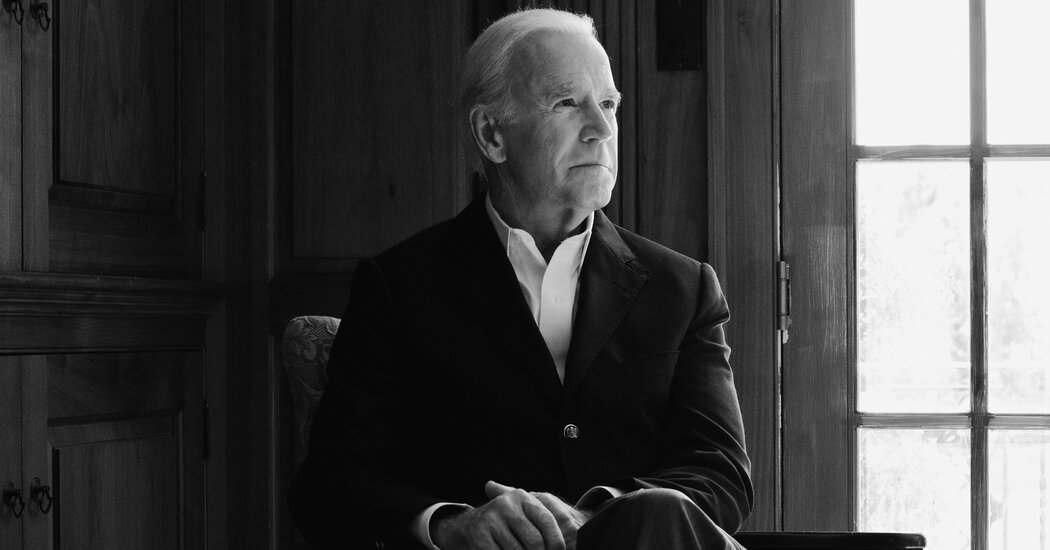 All presidents come into office vowing to rapidly put into effect an ambitious agenda. But for Joseph R. Biden Jr., the raging coronavirus pandemic and the economic pain it is causing mean many things must get done quickly if he wants to get the economy going. In a speech Thursday on his $1.9 trillion spending proposal, Mr. Biden repeatedly stressed the need to act “now.”

But piecing together a majority in Congress could take time: Compromises and concessions will be needed to get the votes he will need to advance legislation.

The new president is expected to reverse many of Donald J. Trump’s policies that undid those of the Obama administration, in which Mr. Biden was vice president. But in some areas crucial to business — like trade relations with China and the European Union — he probably will not return the United States to the pre-Trump order. Nor is he likely to back off from the Trump administration’s efforts to curb the power of large technology firms.

Here are some policy areas that will demand Mr. Biden’s attention, and determine the success of his presidency.

Twelve years ago, President Barack Obama inherited an economy in free fall. Mr. Biden has better luck: The economy has rebounded significantly from the collapse last spring, in large part because of trillions of dollars in federal aid. Progress has slowed in recent months, however, and in December, it went into reverse as employers cut jobs in the face of the resurgent pandemic.

Mr. Biden’s first job will be to right the ship, something he proposes to do via a $1.9 trillion spending plan he announced last week. Once the immediate crisis passes, Mr. Biden will face a perhaps even more difficult set of challenges: healing the scars that the pandemic has left on families and communities, and addressing the deep-seated issues of inequality that have existed for decades but that the pandemic laid bare.

The recent decisions by Facebook, Twitter and other technology companies to cut off President Trump and right-wing groups sharply escalated the debate over online speech and the influence of Silicon Valley.

At the center of the debate is a law known as Section 230, which absolved websites of legal responsibility for the content they host. Republicans and some Democrats are calling to revise or revoke the law, while the powerful tech companies will probably resist major changes. The Biden administration also inherits the federal government’s antitrust lawsuits against Google and Facebook, and a Congress that continues to scrutinize the industry’s might.

Mr. Biden has repeatedly declared that the federal tax code favors the rich and large corporations, and has proposed several measures to make them pay more, to finance spending on clean energy, infrastructure, education and other parts of his domestic agenda. He wants to roll back some of Mr. Trump’s 2017 tax cuts for people earning more than $400,000, and to raise rates on companies, high-earning investors and heirs to large fortunes. Mr. Biden will need to overcome resistance from business lobbyists and square his proposals with competing plans from top congressional Democrats, who also want to raise taxes on corporations and the rich, but often differ with Mr. Biden on how.

China has emerged from the pandemic even stronger, presenting a more formidable U.S. economic rival. Exports to the United States are surging despite Mr. Trump’s tariffs. After years of heavy investment in worker training and automation, China’s manufacturing sector has proved highly competitive.

Mr. Trump’s export restrictions and the troubles of the Boeing 737 Max have depressed China’s imports of high-value manufactured goods from the United States, mainly semiconductors and aircraft. China’s rapidly rising military might and growing willingness to confront nearby democracies will present the Biden administration with a tough choice of whether to allow more tech sales that may make China even stronger.

The Biden administration has laid out ambitious goals for revitalizing American industry and working with allies to counter China. It faces the immediate challenge of deciding what to do about many of Mr. Trump’s trade actions, including tariffs on more than $360 billion of Chinese products and the resulting trade deal that locks China into buying hundreds of billions of dollars in American products. And it also must figure out how to soothe allies, like Europe, that were rankled by Mr. Trump’s aggressive trade approach.

Mr. Biden has promised stricter oversight of the financial system. Among his priorities: undoing the Trump administration’s rollbacks of rules governing risk-taking by banks and harmful practices like payday lending, and reining in activity by nonbank financial technology firms.

Mr. Biden’s team also will have to tackle the unregulated “shadow banking” system of hedge funds, private equity firms and money managers, holding trillions of dollars, that have the potential to cause enormous market turmoil. More broadly, his ambitions to close the racial wealth gap and fight climate change are likely to influence his approach to regulating finance.

Joseph R. Biden Jr. will become president of the United States at noon on Jan. 20 in a scaled-back inauguration ceremony. While key elements will remain traditional, many events will be downsized and “reimagined” to better adapt the celebration to a nation battling the coronavirus. Mr. Biden will be sworn in by Chief Justice John G. Roberts Jr. on the Capitol’s West Front sometime before noon. The new president is then expected give his inaugural address and conduct a review of military troops, as is tradition. But instead of a traditional parade before cheering spectators along Pennsylvania Avenue as the new president, vice president and their families make their way to the White House over a mile away, there will be an official escort with representatives from every branch of the military for one city block.

President Trump announced Friday that he would not attend Mr. Biden’s inauguration. Mr. Biden called that decision “one of the few things he and I have ever agreed on. Still, it is a major break with tradition for a president to skip the ceremonial heart of the country’s democracy: the peaceful transfer of power.

George W. Bush, has confirmed he would travel to Washington for Inauguration Day, along with Laura Bush, the former first lady. Barack Obama and Bill Clinton are also expected to attend, along with former first ladies Michelle Obama and Hillary Clinton. This year, tickets are not available to members of the public. Planners are urging people to stay home and participate in virtual inaugural events to prevent large crowds that could easily spread the coronavirus. Events will be live streamed by the Presidential Inaugural Committee and by The New York Times.

The 20th Amendment to the Constitution requires that the term of each elected president and vice president begin at noon Jan. 20 of the year after the election. Every president has taken the oath of office, and they cannot assume their positions without doing so. Symbolically, it marks the peaceful transfer of power from the current president to the next. Inauguration Day will be all the more important this year, as Mr. Biden ascends to the presidency at a time when political division has threatened the nation’s democratic institutions and his predecessor has gone to extreme lengths to stay in power.

Small companies employ roughly half of America’s nongovernment workers, and an estimated 400,000 have permanently closed since the pandemic took hold.

Mr. Biden has called for $15 billion in direct grants to at least one million of the hardest-hit small businesses — that would be to up to $15,000 per recipient — and a $35 billion federal investment in state and local financing programs. He is also seeking 14 weeks of paid caregiving and sick leave for workers during the coronavirus crisis, with the government footing the bill for organizations with fewer than 500 employees.

Overall household debt has dropped during the pandemic, but job losses have thrown millions of families into poverty. In addition to checks of $1,400 per person and expanded unemployment benefits, Mr. Biden is seeking $30 billion to help struggling households catch up on overdue rent, water and energy bills. He also proposed a $15-an-hour minimum wage.

Mr. Biden plans to extend the moratorium on federal student loan payments; he has not yet said for how long. While Mr. Biden supports eliminating $10,000 per person in federal student debt, he did not include that in his American Rescue Plan. Progressives in Congress may insist on its inclusion in any stimulus package.

Mr. Biden’s goal of a carbon-free electricity system by 2035 will require a radical overhaul of the energy industry requiring hundreds of billions of dollars in investment as well as new policies, such as fortifying the grid in states like California. Some critics have argued that the goal is not achievable.

A big shift to renewable energy and electric vehicles will slash demand for oil, gas and coal, threatening some businesses. It could also lead to job losses, because people trained to work with fossil fuels might not have the skills that renewable-energy jobs require.

The transportation sector has received billions in federal aid but is still reeling from the pandemic. The Biden administration will have to decide whether to do more to help it, including offering more financial support and requiring travelers to wear masks.

Mr. Biden’s promise to repair and expand the nation’s highways, railroads, transit systems and other infrastructure is also a priority for businesses. The transportation sector is a major contributor to climate change, which Mr. Biden has pledged to tackle aggressively. Doing so without causing huge job losses will be a big challenge.

CHILLICOTHE - When Glitter Mom co-owners Mid Bowdle and Nypashia Dyre started a fundraiser for a softball league, neither owner imagined the success it...
Read more
Business

Knowledge is power, and it’s what makes us business owners better able to compete in a marketplace ......
Read more
European Premier League

The Premier League standings have looked wild early in the 2020-21 season, and it is likely that will be the case throughout this campaign. Plenty...
Read more

Plan to be introduced Monday to City Council Published May 20, 2021 by Kate Andrews ONE casino rendering, backed by Maryland's Urban One Inc. The city of Richmond’s casino advisory...
Read more
USA

As the talks to salvage 2015 nuclear deal with Iran went on, US Secretary of State Lloyd Austin visited Israel on Sunday. Israel PM...
Read more

What do Republicans want on the economy? They’re not sure anymore – NBC News

WASHINGTON — Senate Minority Leader Mitch McConnell was not a supporter of former President Donald Trump’s quest to overturn the election. But he has...
Read more
World News

Thirteen-year-old Pola is one of an estimated 50,000 children in Poland being raised by same-sex couples. Like most of those children, Pola is growing...
Read more
European Premier League

Are youth sports an engine of B.1.1.7 outbreaks? – The Washington Post

Story continues below advertisement“Until now we haven’t seen transmission like this in kids in the pandemic,” said Michael Osterholm, an infectious-disease specialist at the...
Read more