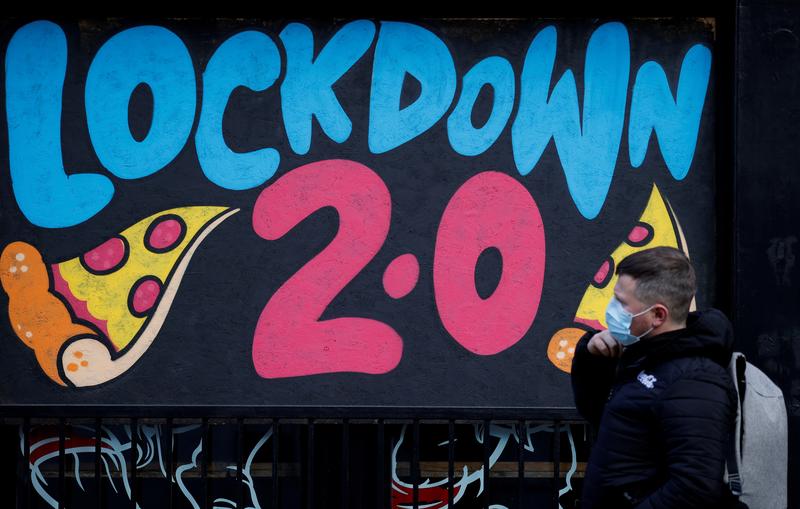 LONDON (Reuters) – Small businesses, from restaurants to nightclubs and wedding planners to beauty parlours, on Friday won the right to insurance payouts after Britain’s highest court ruled many policies should cover losses caused by coronavirus lockdowns.

But the UK Supreme Court unanimously dismissed appeals by the insurers after scrutinising non-damage insurance policy clauses — which cover disease, denial of access to business premises and hybrid clauses — in a comprehensive victory for the regulator and policyholders.

The Financial Conduct Authority brought the closely-watched test case on behalf of policyholders last June, saying it could affect 370,000 policyholders and 60 insurers, paving the way for an estimated 1.2 billion pounds ($1.6 billion) in claims.

Alistair Handyside, chair of the Professional Association of Self-Caterers UK, said he was delighted by a judgment that would mean survival for many amid a third lockdown.

Some policyholders, however, are weary.

“It would appear we have won another battle this morning 10 months too late,” said Murray Pulman, who runs The Posh Partridge cafe in Dorchester, southwest England.

“The war is not over, however,” he said. “Getting payment, compensation and costs … is another whole new fight which begins today.”

Sonia Campbell, a partner at law firm Mishcon de Reya who represents a group of policyholders, said she would be seeking damages for late payment from QBE. The Australian-listed insurer was not immediately available for comment.

Hiscox, MS Amlin, Argenta and RSA said they would be paying claims as soon as possible. Arch stated that some of its policy wordings would now respond to pandemic claims.

Hiscox, whose shares dropped more than 5% before recovering, estimated its 2020 estimate for pandemic-related business interruption had risen by $48 million net of reinsurance, bringing total claims to 136 million pounds.

Barclays analysts said the ruling was negative for insurers but no “game-changer”.

The FCA said it would work with insurers to ensure they settled claims quickly and made interim payments if possible.

The case turned on the wordings of business interruption policies with clauses offering cover when insured premises cannot be accessed because of public authority restrictions, in the event of a notifiable disease within a specified radius and hybrid wordings.

Insurers said they were paying valid claims but that they could not provide limitless cover for losses when the bulk of an economy was shut down and people consigned to their homes in the toughest restrictions on public life since World War Two.

London’s High Court ruled last September that some insurers had been wrong to deny cover, prompting six insurers, the FCA and the Hiscox Action Group of policyholders to challenge elements of the ruling they had lost. The case leapfrogged the Court of Appeal because of its critical nature.

Christopher Croft, CEO of insurance brokers’ association LIIBA, said the industry’s reputation had been damaged. “We need to think hard about how we redress that,” he said.

USA Gymnastics has reached an agreement on a proposed $425 million settlement with more than 500 women who said they were sexually abused by Larry...
Read more
World News

India's healthcare spending, including both private and public, has been around 3.6% of GDP for the past six years, the lowest percentage in the...
Read more

By Olasunkanmi AkoniThe Federal Government and the Lagos State Government have initiated move to harness potentials in the housing sector towards cushioning the strains...
Read more
Business

Home Issues Virginia500 2021 Cover Story Who are Virginia’s most powerful and influential leaders in business, government, politics and education this year?...
Read more

Q: How do you know when it's the right time to scale up and grow your business? A: One of the biggest challenges you...
Read more
USA

Former US Olympic gymnastics coach John Geddert, who had ties to disgraced team doctor Larry Nassar and was charged earlier on Thursday with human...
Read more

Here’s what you need to know:Amazon has run its warehouses closer to full capacity, and delivery drivers have made more stops on their routes,...
Read more
World News

This deal was always going to be big. News Corps owns a huge chunk of the media market here in Australia. So it's not...
Read more
USA