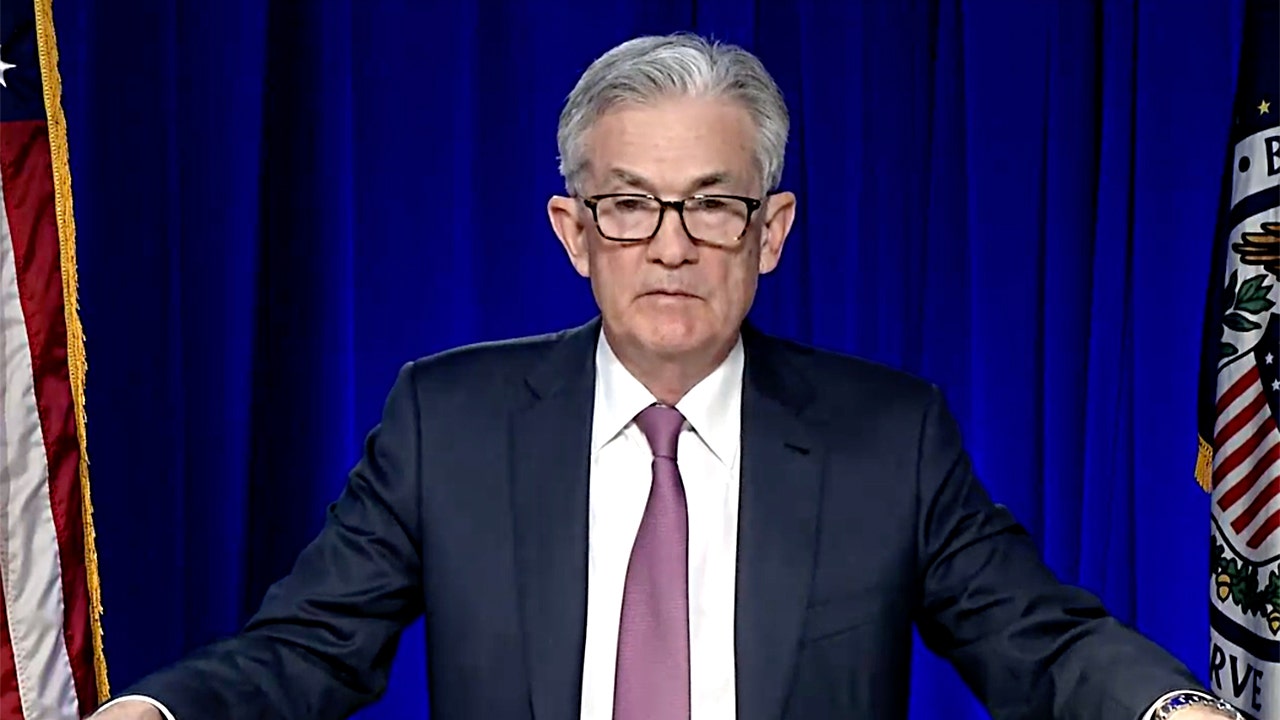 Federal Reserve Chairman Jerome Powell said Thursday the U.S. economy could return to pre-coronavirus pandemic level “fairly soon” thanks to a torrent of monetary and fiscal aid over the past year.

The nearly $4 trillion in direct fiscal stimulus approved by Congress and the Trump administration — including the $2.2 trillion March CARES Act and the $900 billion relief bill passed in December — played a vital role in staving off deeper economic damage, Powell said.

While he stressed that the economy will not fully recover until the pandemic is under control, the central bank head said he was “optimistic” about the outlook over the “next couple of years.”

“You’re in a situation where we could be back to the old economic peak fairly soon, and passing it,” Powell said during a virtual webcast with Princeton University. “We may bypass a lot of the damage that we were concerned about to low- and moderate-income people, who by the way still have very high unemployment, but with the reopening of the service economy later this year, we hope we’ll get back there.”

In the span of just two months, the coronavirus pandemic, and the economic shutdown that it triggered, wiped out more than 20 million jobs, a rate unseen since the Great Depression. Before the crisis started, unemployment sat at a half-century low.

The U.S. economy has so far recovered about half of the jobs lost, with roughly 9.8 million more Americans unemployed now than compared to February. The unemployment rate is at 6.7%.

WHAT’S IN THE NEW $900B CORONAVIRUS RELIEF DEAL?

The outbreak was also a catalyst for bankruptcies among small and big businesses alike, and caused an unprecedented 33.3% contraction in the nation’s GDP in the second quarter.

The Fed responded to the pandemic by taking a range of extraordinary actions to support the economy, including slashing interest rates to near-zero, purchasing an unlimited amount of Treasurys (a practice known as quantitative easing) and launching crisis-era lending facilities to ensure that credit flows to households and businesses.

“The thing that we’re most focused on is getting back to a strong labor market quickly enough that people’s lives can get back to where they want to be,” Powell said. “We were in a good place in February of 2020, and we think we can get back there, I would say, much sooner than we had feared.”

More aid could be on the way: President-elect Joe Biden is set to unveil his long-awaited coronavirus stimulus proposal on Thursday evening amid fresh evidence that a surge in COVID-19 cases nationwide is derailing the nation’s recovery.

The plan, which could carry a price tag of at least $1.5 trillion, is widely expected to include a commitment for $1,400 stimulus checks, an extension of supplemental unemployment benefits that are poised to expire in March, funding for vaccine distribution and aid for state and local governments. The $1,400 payments would be in addition to the $600 that most Americans received this month, bringing the total check amount to $2,000.

80% OFF ACTION PROLimited-Time Madness OfferThe Europa League is back in action Thursday, with the Round of 16 kicking off and places in the...
Read more
Economy

‘This crisis is different’: the dramatic rebound in the global economy – Financial Times

From an economic point of view, it is almost as if the last year was just a bad dream. As recently as October, the...
Read more

The next Bitcoin? Investors flock to new cryptocurrency ‘ADA’ – 9News

As Bitcoin surges cryptocurrency investors are looking for the next golden goose, with one token in particular exploding in value.It's called ADA, and it...
Read more
Cryptocurrencies

Cryptocurrency Has Seen a Surge of Interest This Year. We Answered People’s Most-Googled Questions – NextAdvisor

Editorial IndependenceWe want to help you make more informed decisions. Some links on this page — clearly marked — may take you to...
Read more
Economy

ROME (AP) — Pope Francis urged governments on Monday to use the coronavirus crisis as a revolutionary opportunity to create a world that is...
Read more

London (AFP) – The Premier League has become the world’s richest league based on its staggering global appeal, with millions tuning in to watch...
Read more
European Premier League

10:31 AM ETEngland's Football Association (FA) has launched a formal inquiry into the role played by Premier League clubs in the attempt to create...
Read more

The amount of young talent — whether from the USMNT, Canada or a handful of South American nations — thriving after making the jump...
Read more
European Premier League

Getty Images Premier League leaders Manchester City travel to London to take on Arsenal on Sunday in one of the better...
Read more
Business

It’s the latest clash in a long separation between the GOP and the business community, which has historically been closely aligned with the party...
Read more