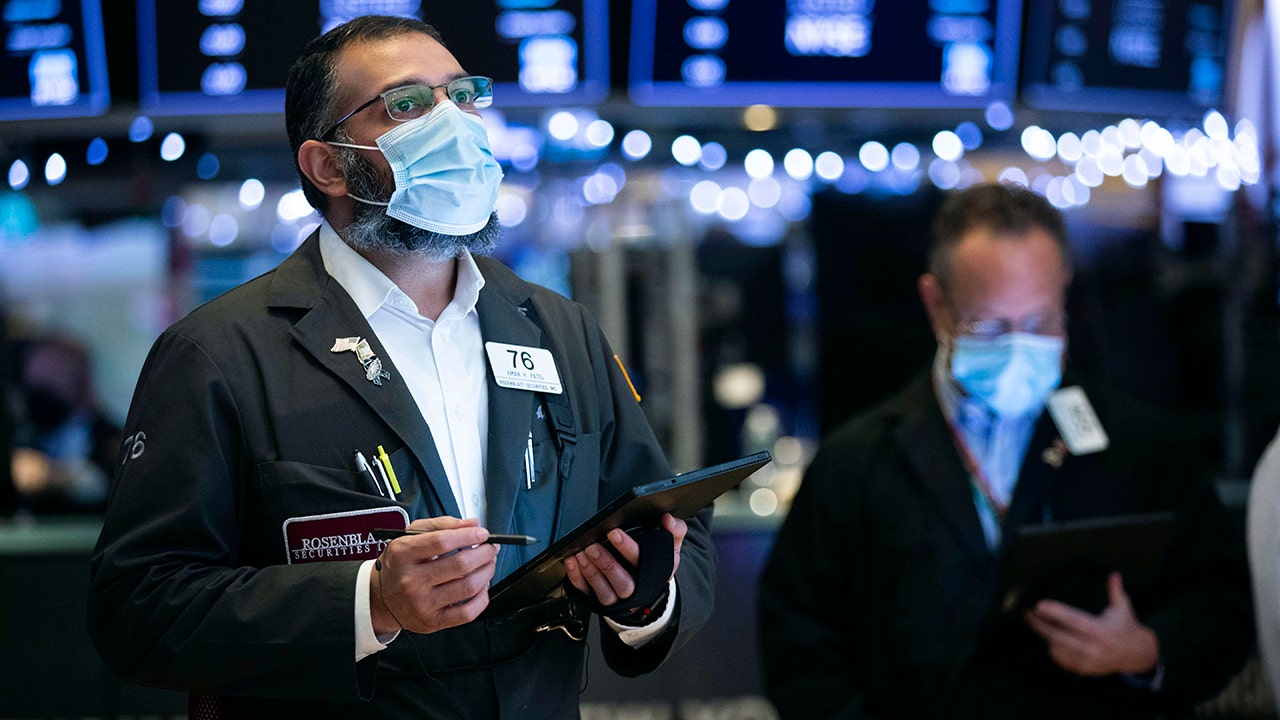 Emerald Asset Management President and CEO Joe Besecker on his outlook for the stock market.

U.S. equity markets ticked higher Tuesday morning as Big Tech and the major averages looked to get back on track following their first losing session in five.

The Dow Jones Industrial Average was trading higher by 14 points, or 0.05%, while the S&P 500 and the Nasdaq Composite gained 0.09% and 0.23%, respectively. All three indexes slid off record highs on Monday, dragged lower by outsized losses in Big Tech.

Looking at stocks, Big Tech shares were looking to bounce back a day after investors dumped shares in response to the silencing of President Trump and other conservative voices. Twitter Inc. and Facebook Inc. saw outsized losses on Monday after banning Trump from their platforms.

Elsewhere, Las Vegas Sands Corp. Chairman and CEO Sheldon Adelson died Tuesday at the age of 87 following a battle with non-Hodgkins lymphoma. Adelson bought Sands Hotel and Casino in Las Vegas in 1989 and helped transform the city into a top U.S. destination for conventions and exhibitions.

In other news, Walmart Inc. announced plans to create a fintech startup in collaboration with Ribbit Capital with the aim of developing and offering financial solutions.

Zoom Video Communications Inc. announced a proposed $1.5 billion offering of common stock. All shares of the proposed offering will be sold by the company.

Meanwhile, financials remain in focus as investors look ahead to earnings reports due out on Friday from Citigroup Inc., JPMorgan Chase & Co. and Wells Fargo & Co.

At least three artisan studios have set up shop on Business Loop 70 since the commercial district has focused on expanding the artisan...
Read more
Cryptocurrencies

Cryptocurrency exchange Coinbase has filed with US regulators to go public, in a move that could capitalise on a recent rally in bitcoin and...
Read more
USA

Amid a flurry of tweetscriticizing everything from the Supreme Court to the Department of Justice, President Donald Trump again aired his displeasure of the COVID relief...
Read more

Coach Ron Simms Jr. is stuck in the USA due to visa issues... Star Indian boxer Vikash Krishan, who has ensured a Tokyo berth for...
Read more
Economy

June 14, 2021 In 2020, Birmingham confronted an economic collapse of unprecedented scale, brought on by the COVID-19 pandemic. Given the enormous...
Read more
Business

The one hiccup in Raytheon’s hefty defense business – Washington Technology

COMPANIES The one hiccup in Raytheon's hefty defense business By Ross WilkersJul 27, 2021 Both domestic and global recoveries in commercial...
Read more

After a volatile first week of 2021, the second week of the year has started in a slightly calmer fashion. Having said that,...
Read more
Cryptocurrencies

On India’s own Cryptocurrency question, here’s what Modi government has decided – The Financial Express

No cryptocurrency launch plan in India. Representational imageCryptocurrency in India: There is no plan to introduce India’s own cryptocurrency, the Central government has informed...
Read more
USA

For US, and Afghanistan, the Post-9/11 Era Ends Painfully – The New York Times

An era that began two decades ago with the shock of hijacked planes flying into American skyscrapers drew to a close this week with...
Read more

A specialist trader works inside his post on the floor of the New York Stock Exchange (NYSE).Brendan McDermid | ReutersDiminishing economic returns could mean...
Read more
Cryptocurrencies

TipRanksBillionaire Ray Dalio Picks Up These 3 “Strong Buy” StocksSometimes, the experts will tell us what we already know. Ray Dalio, the founder of...
Read more
Economy