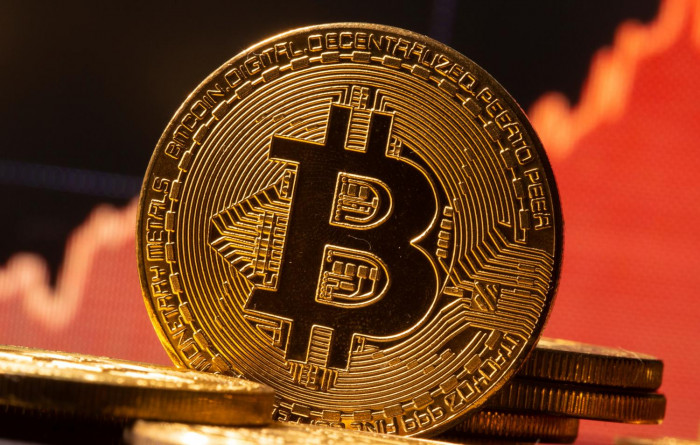 Cryptocurrencies’ total market capitalisation in Thailand soared to nearly 4 billion baht on Friday, or around 6% of the Stock Exchange of Thailand’s (SET) 2020 daily average trade, backed by the continuous price surges of bitcoin and other digital currencies.

Bitcoin’s euphoric rally endured as it topped 1.24 million baht or US$40,000 on Friday, while ethereum soared, reaching an all-time high of 39,168 baht.

According to data from the Securities and Exchange Commission (SEC), bitcoin’s average trading volume surged from 460 million baht during Dec 22-27 to over 553 million during Dec 28-Jan 2.

The twofold jump in trading volume was driven by bitcoin’s rapid increase in price, which sparked public interest as the digital exchange saw its total accounts rise to over 800,000 on Friday, he said.

Poramin Insom, founder and chief executive of Satang Pro Corporation, said the exchange’s trade volume has increased threefold as the platform welcomes first-time workers and traders aged 45 or older who are experienced in stock trading.

“For newcomers, I recommend investing in bitcoin in a fund without obligations,” he said.

“Bitcoin is like a roller coaster — you could gain by 10 times and suddenly lose 90% in the next minute.”

Palakorn Yodchomyan, chief executive of Kulap, the country’s only decentralised digital exchange, said cryptocurrency trading in Thailand is just a small part of the global trade.

Mr Palakorn recommends new investors without experience trading cryptocurrencies opt for dollar-cost averaging, avoiding investment of a large sum of money in bitcoin in one go as the price is quite high.

He believes the price could keep on rising, but it also has a chance to crash again, which it did in 2013 and 2018.

Mr Palakorn suggest traders interested in cryptotrading allocate a small part of their funds to bitcoin, without worrying about price volatility.

“Keeping bitcoin is harder than buying it. It’s hard to make a profit when the price is already high,” he said.

“Traders will hesitate to cut losses when the price collapses.”

How to invest in cryptocurrency – MarketWatch

Bitcoin FAQ: A detailed guide to how cryptocurrency works – The Washington Post

BitcoinGlobal pushes the bar in cryptocurrency purchase as it caters for trades around the world with no restrictions Grow Your Business, Not...
Read more

Welp, it's about that time ... when I reluctantly break out the red pencil – not pen – to assign reactionary grades to the just-completed NFL...
Read more
World News

Janet Yellen, the economist picked by Joe Biden to run the US Treasury, has said America needs to “act big” to revive its flagging...
Read more

The number of new entities filing to do business in Colorado jumped 22 percent during the fourth quarter from the prior year, according to...
Read more
USA

Tanya Roberts, Bond girl in ‘A View to A Kill,’ is hospitalized, not dead, representative says – USA TODAY

Tanya Roberts, who starred in the 1985 James Bond film "A View to A Kill," as well as classic TV series "Charlie's Angels" and "That '70s...
Read more
Sports

It’s a digital gold rush. The surge in the value of Bitcoin and other cryptocurrencies pushed nine new crypto...
Read more
Sports

The settlement allows all high school sports to resume in California. All players and sports will follow protocols put in place for college and...
Read more
Sports

A couple of weeks ago, USA Today released its first power rankings for sports announcers. You might recall back in the day the great...
Read more