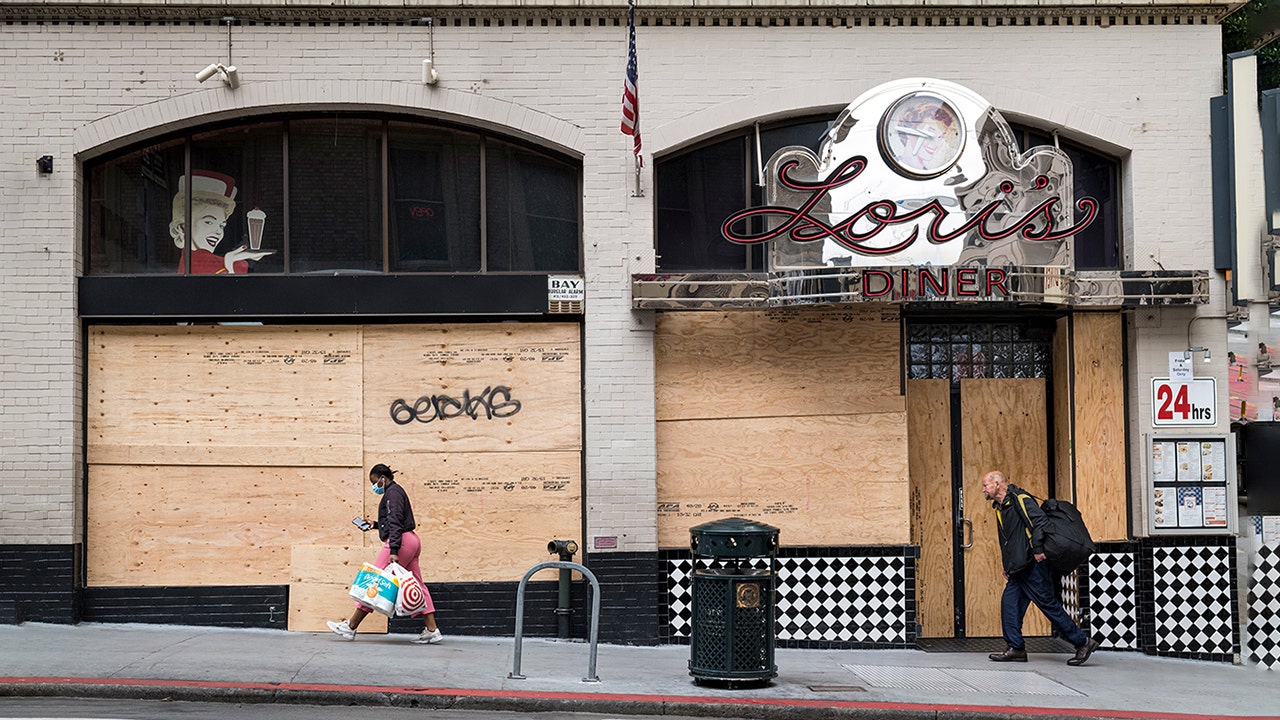 FreedomWorks economist Steve Moore on how red states versus blue states are faring economically amid the pandemic.

FreedomWorks economist Steve Moore reflected on December’s disappointing jobs report and pointed to California as one of the main reasons for the country’s job losses.

“What is going on in California right now is killing the American economy,” Moore said on “Mornings with Maria.” “There’s no reason for shutting down the California economy.”

The U.S. economy shed 140,000 jobs in December, the first decline in seven months as a surge in COVID-19 cases nationwide triggered a fresh wave of shutdowns, reversing the labor market’s recovery. The unemployment rate held steady at 6.7%, the Labor Department said in its monthly payroll report, released Friday.

“We are one nation,” Moore went on to say. “But when you have two of the largest economies in the world – California and New York — virtually shut down, how are you going to get the job growth?”

BILLIONAIRE JEFFREY GUNDLACH EXPLAINS WHAT COULD MAKE HIM FLEE CALIFORNIA

He added that red states have lower unemployment rates than blue states do.

However, Jon Hilsenrath of The Wall Street Journal, who was also part of the conversation, believes the resurgence of the coronavirus in the U.S. is behind December’s job market contraction.

“We had chances to get this thing under control. We blew it,” he said. “We had a resurgent job market and it’s contracting. This is another tragedy that’s hitting this country.”

Both Moore and Hilsenrath agreed that it’s essential for America to get the virus under control.

“The vaccine is the ultimate stimulus for the economy,” Moore said. “No question about that.”

WASHINGTON - Car hijacking is a horrible scourge that South Africans are unfortunately all too familiar with, but it’s not something that one would...
Read more

New Delhi, February 7 As the surging Bitcoin grabs most of the headlines, Ether or Ethereum, the second biggest cryptocurrency, is touching record valuation and...
Read more
Economy

Tilman Fertitta optimistic on U.S. economy post-Covid: ‘This is going to be the Roaring Twenties’ – CNBC

Stocks rose slightly on Tuesday as interest rates continued their ascent amid increasing prospects for more coronavirus stimulus from lawmakers under the incoming Biden...
Read more

COVID-19 pushed fall sports to winter, spring, but the University of Utah is up and running – Salt Lake Tribune

Add traditional fall sports to the list of things that haven’t been operating under normal conditions thanks to the COVID-19 pandemic.At the University of...
Read more
European Premier League

MANCHESTER UNITED have the most sustainable squad in Europe.That is the headline news from a study which suggests United should be challenging for glory...
Read more
World News

L Subramaniam, 48, who owns ASA Pens, in the southern city of Chennai, spent two decades in the telecoms industry before quitting in 2013...
Read more