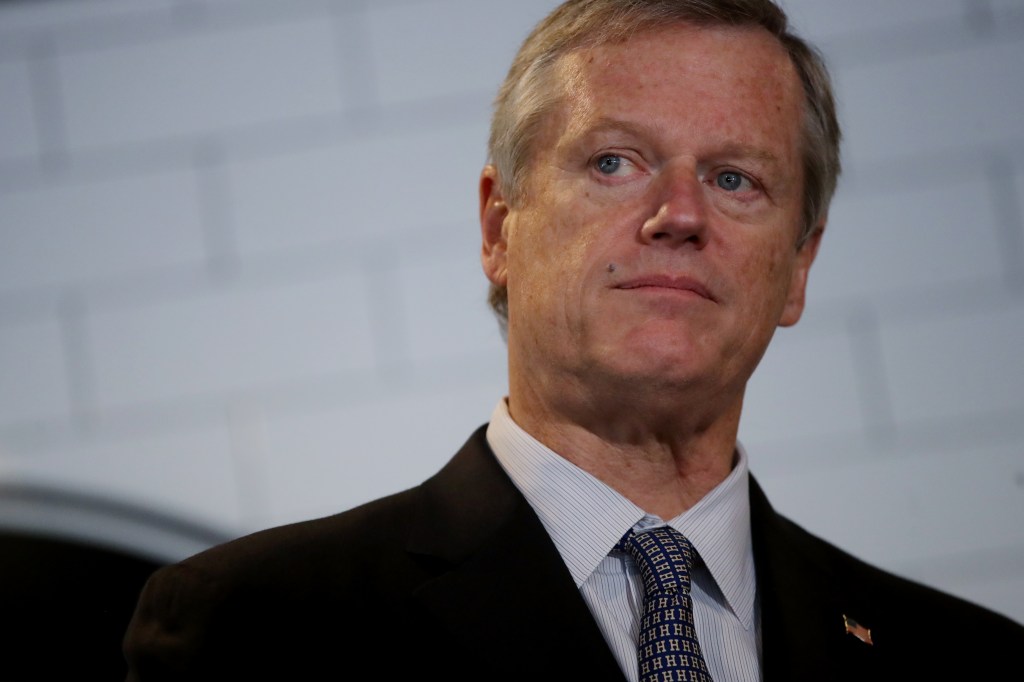 Days after securing their own stimulus package, state lawmakers finally passed legislation delivering long-overdue economic relief to the people and businesses they represent.

The Legislature struck a deal in the wee hours of Wednesday to inject several hundred million dollars into the state’s economy, meant to spur job growth and keep struggling businesses solvent.

The $626.5 million economic development bill, reached at the deadline of this legislative session, was the product of more than five months of secretive, needlessly drawn-out negotiations between House and Senate leaders.

While we can’t parse the entirety of the legislation in this space, certain elements merit our attention.
On the whole, Gov. Charlie Baker should be pleased with what the Democrat-controlled Legislature passed.

Though this compromise bill scrapped a House-backed plan to have Massachusetts join other New England states in legalizing sports betting — a concept the governor endorsed — it did include a version of Baker’s long-stalled housing production initiative, including the lowering of municipalities’ zoning-change approval threshold to a simple majority.

First introduced in 2017, legislation proposed by Baker sought to ease the zoning-approval process for construction of multifamily developments and other housing projects.

It would allow communities to adopt certain zoning changes by a simple majority vote rather than the existing two-thirds requirement. With that technical tweak, along with $10 million in incentives to boost development, the Baker administration set a goal of providing 135,000 new housing units by 2025.

A June 2019 report compiled on behalf of organizations advocating for housing-production legislation found that many of the 100 communities around Boston — excluding the city itself — apply zoning restrictions that prevent sufficient construction of homes that can fit multiple tenants. With that two-thirds majority, snob-zoning obstacle removed, developers should find it easier to build affordable housing where it’s most needed.

The bill also included $50 million in funding for transit-oriented housing. We have a prime example of what that looks like with real estate-restaurant entrepreneur Sal Lupoli’s Thorndike Exchange project in Lowell.

Connected to the adjacent Gallagher Intermodal Center by an enclosed pedestrian walkway, it provides convenient MBTA rail and LRTA bus access for residents of this mixed-use development to Boston and surrounding communities.

Lawmakers also included a “student loan bill of rights,” which would arm borrowers with knowledge about their responsibilities and protections under the law. It also puts loan-service companies on notice with the prospect of fines or restitution for taking advantage of students and their families.

Other noteworthy items in this bill include:

• A $30 million loan program similar to the federal Paycheck Protection Program for businesses hurt by COVID-19, and funding for job training, tourism, technology and advance manufacturing.

• $35 million in loan funding for community-development lending institutions to extend capital to small businesses, with a focus on minority- and women-owned businesses .

Since the state’s latest figures ostensibly put the unemployment rate at 6.7% — in line with the national average — some may believe an economic relief package of this size unwarranted.

But that jobless number doesn’t include the thousands who have simply given up looking for work – a great number of those no doubt previously employed in our devastated restaurant sector.

We urge the governor to quickly sign this comprehensive, though tardy, legislation.

From Bitcoin and Ethereum to Dogecoin and Tether, there are a great many diverse options in cryptocurrencies, which can make it overwhelming when you’re...
Read more
Sports

NEW ORLEANS — As a coach in a sport where social distancing is impossible, Andrew Nicola said he did all he could to keep...
Read more

Will American Sports Recover From Trumpism? – The Nation

"I come from a simple family. Like all Mapuche families we faced hardship," she said recently in an interview to Spanish newspaper El País....
Read more
Business

Finance Minister Tito Mboweni has reiterated his support for the establishment of a state bank that would “operate on business principles … in order...
Read more
Sports

Cup of Joe: These Browns are what sports are all about – clevelandbrowns.com

This Browns season has been pure joy, and last Sunday's win at Pittsburgh was the cherry on top. That glorious victory...
Read more

(Photo by Gray Mortimore/Getty Images) One flipped vote on the executive board of the Arizona Interscholastic Association...
Read more
World News

The ruling was made according to the new civil code in the country, which came into effect this year. Under the new law, a...
Read more