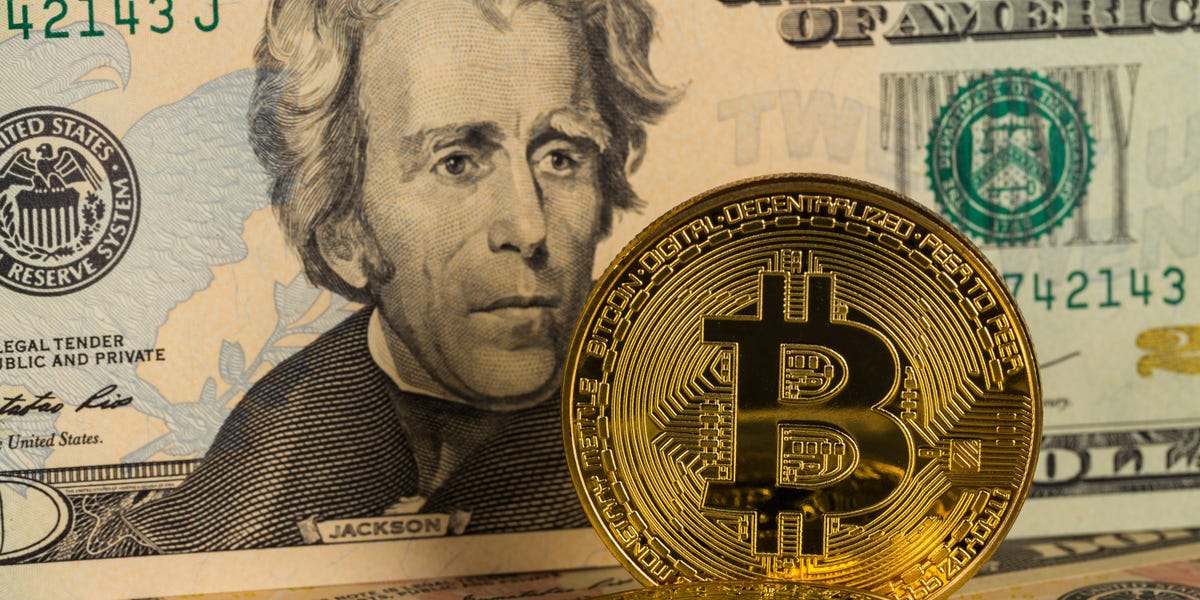 Trading and banking apps that also offer crypto trading have benefited from the renewed rush into cryptocurrencies.

Money management app Revolut, which offers crypto trading as part of its services, says it has seen 300,000 new cryptocurrency customers over the last 30 days, driven by the price rise of bitcoin (BTC) over 2020 and into the start of this year. Around 100,000 of those signups came since the beginning of 2021.

Bitcoin rose 305% in price in 2020, thanks to interest from the likes of payment companies PayPal and Square, and as a number of high-profile investors throwing their weight behind it.

On Tuesday, JPMorgan noted millennial interest in bitcoin as an alternative asset to gold.

Luno, a London-based startup that focuses on crypto trading, says it recently surpassed 6 million customers and has seen a surge in activity in recent days.

Etoro, a trading platform with 17 million users, says it has likewise seen a spike. As of 4 January, the unicorn startup had 61% more unique bitcoin holders on its platform than on the same date in 2020, and 49% more unique holders of rival digital coin Ethereum, a spokesperson told Business Insider.

And Upvest, a Berlin-based financial infrastructure startup, told Business Insider it had seen a “significant uptick” in fintech startups looking to offer cryptocurrency trading via its API.

“A number of forward-thinking fintech companies have already introduced crypto offerings over the past two years as an addition to their existing features,” said Luno’s CEO Marcus Swanepoel. This, he added, would now prove to be a welcome revenue-generation stream for a sector that has conventionally been “significantly loss-making.”

He added: “We expect that with current demand many of the ones that don’t provide it will follow suit.”

Bitcoin prices surged to nearly $35,000 on Sunday before plunging as much as 17% on Monday, its steepest drop since March. Prices have since rebounded to $34,550 as of 11 AM UK time. Ether (ETH), another popular cryptocurrency, has gained around 40% over the past two days and climbed above $1,000 for the first time since February 2018.

Average trading volumes have soared, recently surpassing $10 billion, after a 7-day average of more than $7 billion, a figure Swanepoel described as “extraordinary.”

Revolut says the average age of a user buying cryptocurrencies on its platform is 33, while eToro says bitcoin owners are 35 on average, and Ethereum buyers are 33.

Challenger banks remain unprofitable for the most part, and the crypto boom will be welcome. In the US, Square’s Cash App began allowing users to get bitcoin back on transactions last December while payments giant PayPal said in October 2020 it would begin offering cryptocurrencies through its platform, furthering mainstream adoption.

Not all cryptocurrencies have enjoyed such lofty success however. Bitcoin is by far the most popular asset and is the largest by market capitalization.

But cryptocurrencies have previously been a breeding ground for pump-and-dump scams and excessive volatility. Revolut recently warned its customers that XRP could soon be worthless. This was not long after the SEC charged blockchain firm Ripple with conducting a $1.3 billion unregistered securities offering, a major fall for what was formerly the third-biggest cryptocurrency by market value.

These Cryptocurrencies show a Promising Growth PotentialCryptocurrencies are still attracting investors with regular headlines around the values and insane profits that crypto investors are...
Read more
European Premier League

The global rollout of coronavirus vaccines was never going to be easy. But it quickly descended into frustration at home and nationalistic acrimony abroad...
Read more
Sports

Growing up, Alex Morgan didn’t know that being a female soccer player was a full-time job. Since media attention was so sparse year-round, Morgan...
Read more

(HOI) -- Stormy weather canceled many high school games in the Heart of Illinois on Wednesday night but a soccer...
Read more
World News

On Thursday, Prime Minister Jacinda Ardern announced that the lockdown would end as planned at midnight, even though three more locally transmitted cases have...
Read more
World News

‘News of the World’ Review: Tom Hanks Does the Strong, Silent Type – The New York Times

Nowadays, if you want a selection of news stories culled from various publications, you can use a cellphone app. But if you lived in...
Read more

These are dark, cold, days for sports fans. The hockey and basketball seasons grind on, most of the games proving by the next week...
Read more
Economy

Did you know that your business activities lead to your bottom line, which is your profit line? Whether the financial impact is directly or...
Read more