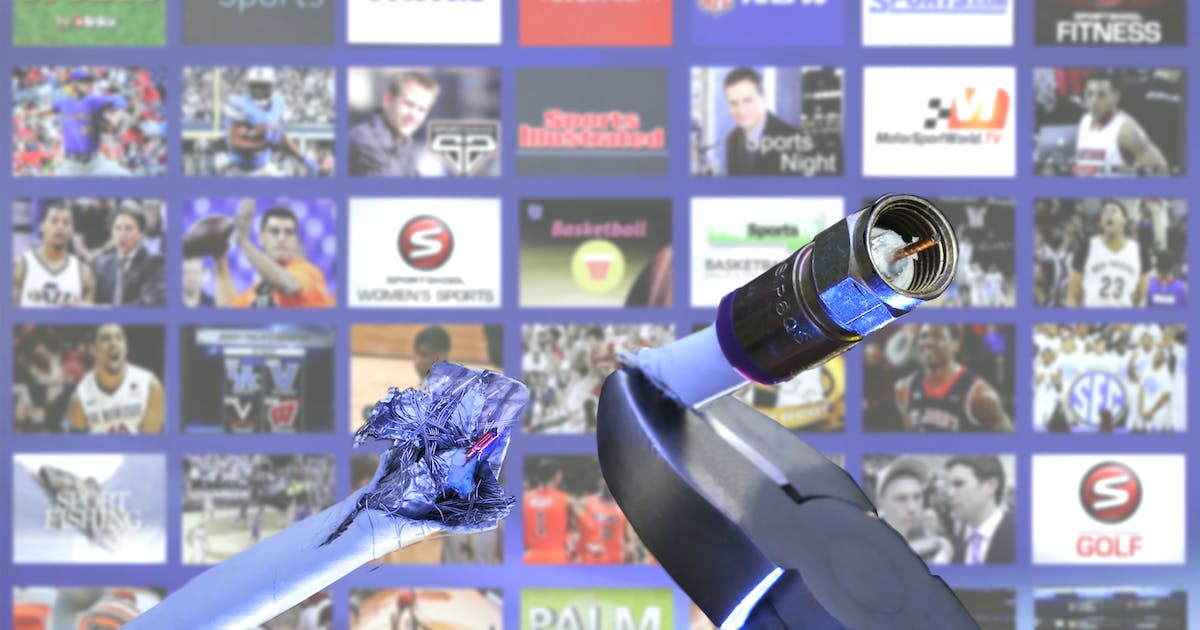 This was the fall of 1979 and a gentleman about to be made single by a divorce decree moved into an apartment. It was one bedroom, small and cheap, but its presence in east Bloomington held a couple of advantages over the Prior Lake countryside, in which he had previously resided.

One, there was a Chinese takeout place right across the four-lane road, with plenty of MSG in the chow mein to make it tasty.

Two, there was cable.

East Bloomington was the mecca for early cable in the Twin Cities. So much so that when Harry Caray was a White Sox broadcaster, and I requested an interview, we went to the Scoreboard, a 3.2-beer joint next to the chow mein place, and watched a Cubs game.

“How come you don’t have the White Sox game on in here?” bellowed Harry after a few minutes of listening to Jack Brickhouse.

First, Harry, you’re here, which means the White Sox aren’t playing, and second, the Cubs have WGN, the Braves have TBS, and the rest of baseball is saying, “What’s this?”

I don’t know what cable cost at the start: $20 a month, maybe. I do know all those station options were quite the wonderment for someone who was introduced to television only 25 years earlier with one station — KELO in Sioux Falls — that signed off at midnight.

I can’t remember the cable entity that received those first checks. What’s clear is the long-term relationship with Comcast that survived many arguments.

The divorce came a year ago, but what do we always say? That’s right. We’re still friends. Comcast remains my wireless provider.

The deal was, I’d been dumped from a daily radio show for the odd reason that the ratings reeked, which eventually cut into the family income and increased the volume of my monthly shout, “What in the name of Philo Farnsworth* is this?” when opening the cable bill.

That bill now was coming with the fancy-Dan name Xfinity, but I couldn’t be fooled. I knew it was still the old sparring mate, Comcast, and finally and with great angst early in 2020, I became a streamer.

(Marriage hint: Never make such a life-changing move without consulting the missus, or you could wind up on double-secret probation for a second D-I-V-O-R-C-E.)

A positive response was needed to three questions in choosing a streaming service, in reverse order of importance: Did it have Fox Sports North? Did it have the local stations? Did it have Bravo?

Hey, I might have needed the telecasts for local sports entities, as well as Channels 4, 5, 9 and 11, but no more emphatically than another party needed to monitor “Housewives” disputes taking place around the nation.

I had to go to younger cord cutters — meaning, 99.7% of them — for streaming recommendations. The choice became YouTubeTV.

There was an early dispute with YouTube and Sinclair, the new owner of the Fox Sports regionals, but peace was declared before it had an impact on the Twins’ mini-season.

Now, they are at war. FSN has disappeared from YouTubeTV and, apparently, Hulu. And don’t send me suggestions for switching to another streamer that will have a deal with Sinclair for the next 15 minutes and then have it blow up.

The heck with the Timberwolves. The heck with Gophers hockey (even if I’m a Bob Motzko fan and the Gophs are unbeaten). The heck with those seven, eight minutes I watch of several Wild games (even more minutes in the playoffs) every season.

I’m not going into various menus on these “too smart for their own good” TVs to change everything. I’m not going begging to the Woofs, Gophs and Wild. They have to come back to me.

Here’s the 2021 resolution that finally can be kept: I’m giving up FSN.

At least until April, when the Twins are scheduled to start. Then, I have a problem … like cream cheese wontons to the New Year’s diet.

*Note: Philo Farnsworth invented TV. I looked it up.

Federal Reserve officials are gathering in Washington this week with monetary policy still set to emergency mode, even as the economy rebounds and inflation...
Read more
Economy

Rising unemployment claims could be foreboding for the economy – CNBC

The surprise jump in new jobless claims filings to the highest level since mid-September signals a weakening in the labor market that could drag...
Read more
USA

USA TODAY's coverage of the 2020 election and President-elect Joe Biden's transition continues this week as he rolls out his picks for top jobs...
Read more

Opportunity Ahead? A Week Of Negatives Increases Probability Of Stock Market Correction – Forbes

The United States and Canada have signed a protocol that will minimise trade impacts in case African Swine Fever is found in feral pigs...
Read more

European Super League: the inside story of how the outlandish plot unravelled – The Times

They called it Project BSW — Best Show in the World. In 2017, even as an exultant Real Madrid lifted the Champions League trophy...
Read more
USA

Just as Amazon Web Services is the profit center that powers much of Amazon's other businesses, Walmart CEO Doug McMillon has been increasingly interested...
Read more
Cryptocurrencies

It’s crunch time for the United States if it hopes to return to Olympic glory. On Sunday, the baseball world got its first look...
Read more