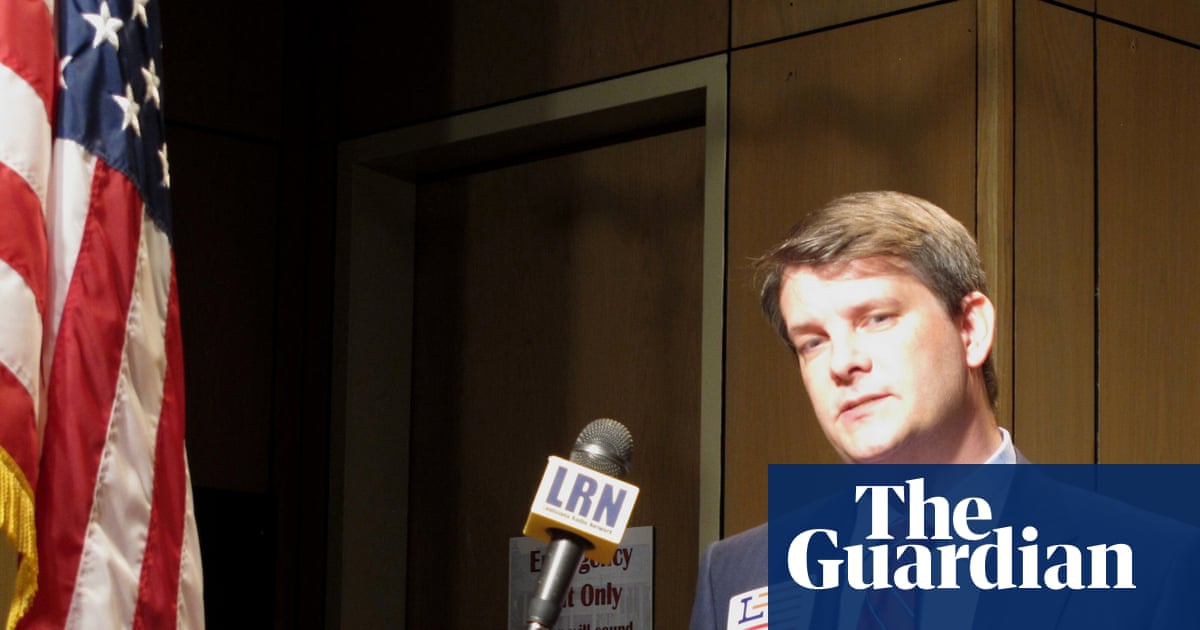 Luke Letlow, Louisiana’s incoming Republican congressman, has died from complications related to Covid-19 at the age of 41.

“The family appreciates the numerous prayers and support over the past days but asks for privacy during this difficult and unexpected time,” Letlow’s spokesman, Andrew Bautsch, said in a statement. “A statement from the family along with funeral arrangements will be announced at a later time.”

Louisiana’s eight-member congressional delegation called Letlow’s death devastating. “Luke had such a positive spirit, and a tremendously bright future ahead of him,” they said in a statement.

“He was looking forward to serving the people of Louisiana in Congress, and we were excited to welcome him to our delegation where he was ready to make an even greater impact on our state and our nation.”

The state’s newest congressman, who was due to take office in January, was admitted to a hospital in Monroe on 19 December after testing positive for Covid-19. He was later transferred to a hospital in Shreveport and placed in intensive care.

Dr GE Ghali of LSU Health Shreveport told the Advocate newspaper that Letlow had no underlying health conditions that would have put him at greater risk of Covid complications.

Letlow is survived by his wife, Julie Barnhill Letlow, and two young children.

From the small town of Start in Richland Parish, Letlow was elected in a December runoff election to fill the seat vacated by Ralph Abraham. Letlow had been Abraham’s chief of staff and ran with his boss’s backing for the job.

US House leaders offered their condolences on Tuesday night. “May it be a comfort to Luke’s wife, Julia, and their children, Jeremiah and Jacqueline, that so many mourn their loss and are praying for them at this sad time,” said Nancy Pelosi, the speaker of the House.

More than 7,000 people in Louisiana have died of Covid-19 since March, according to data from the state health department. As of Tuesday, more than 1,689 people were being treated in hospital with the illness in the state, the most since April.

Letlow had encouraged people to follow doctors’ advice and to follow social distancing guidance. At some public events he appeared at, he and others were not wearing masks, according to photos from his Twitter account.

On 21 December, Letlow encouraged people who had recovered from Covid to donate plasma, which may help people in hospital with the infection.

When he announced his positive test, Letlow joined a list of Louisiana officials to have contracted the coronavirus since the pandemic began, including Senator Bill Cassidy.

Cassidy, a Republican and doctor who tested positive for Covid-19 earlier this year and has since recovered, said in a Twitter video: “It just, just, just, just brings home Covid can kill. For most folks it doesn’t, but it truly can. So, as you remember Luke, his widow, his children in your prayers, remember as well to be careful with Covid.”

Top 10 Cryptocurrencies in Value in May 2021 – Analytics Insight

by Monomita Chakraborty May 12, 2021 A glimpse at the top cryptocurrencies based on their value. Cryptocurrency is...
Read more
European Premier League

Everton will finish in seventh place in this season's Premier League table, according to a new data model prediction.Carlo Ancelotti's side started...
Read more
Sports

The digital future is here. We are at the tipping point of becoming a digital...
Read more
World News

In one sense, the Sack of the Capitol on Jan. 6 was the farce that launched 1,000 snips.  Snip: “From years of covering white nationalists...
Read more
European Premier League

Getty Images The UEFA Champions League quarterfinals are back this week on Paramount+ with the second legs of Paris Saint-Germain's thrilling...
Read more

But even after lockdown, there will still be the need for social distancing, testing and self-isolating of a while to come, suggested Prof Mark...
Read more
World News

Dr Fauci, the chief medical adviser to President Joe Biden, told Fox News Sunday: "If he came out and said 'Go and get...
Read more

The head of the BBC has criticised China for blocking its news coverage after the broadcaster’s World News service was banned in China and...
Read more
Economy

China has gone ‘too far’ in clamping down on big tech — that will hurt economic growth, says analyst – CNBC

The Chinese government has gone "too far" in cracking down on large technology companies — that will hurt innovation and slow down economic growth,...
Read more
Economy

The Real State Of The Real Economy – Forbes

Volunteers help load a vehicle with boxes of food at a food bank in the Los Angeles County...
Read more