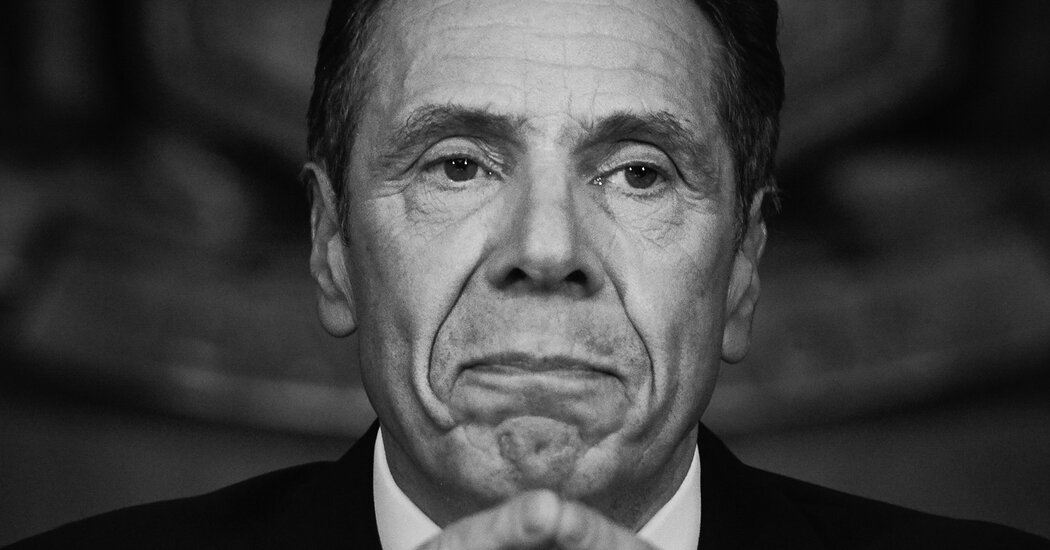 The end of the year has been awkward for Gov. Andrew Cuomo. As he promotes his new, self-congratulatory book about navigating New York through its first coronavirus wave of in the spring, he is also battling a new surge of cases.

He’s not been too happy. At a news conference in late November, he lashed out at his constituents.

His blunt rhetoric exemplifies how political leaders — in Washington and in red and blue states — are responding to the Covid-19 crisis. They’ve increasingly decided to treat the pandemic as an issue of personal responsibility — much as our country confronts other social programs, like poverty or joblessness.

Yes, it’s absolutely critical that we wear masks and continue to keep our distance. But these individual actions were never meant to be our primary or only response to the pandemic.

Instead, more than 10 months into this crisis, our government has largely failed to act. There is no national infrastructure for testing or tracing. There is not much of an organized rollout plan for vaccines. States have been put in a bind by federal failure, but even so, many governors have dithered on taking large-scale actions to suppress the current surge.

As Governor Cuomo excoriated New Yorkers about mask-wearing, he took no responsibility for not shutting down indoor dining for weeks, well into the new spike.

“We’re putting a lot of faith in individual actions and individual collective wisdom to do the right thing,” Rachel Werner, the executive director of the Leonard Davis Institute of Health Economics at the University of Pennsylvania, told me, “but it’s without any leadership.”

It’s no great mystery what the government could do to control the virus. Every expert I spoke to agreed on the No. 1 priority: testing.

“The primary thing we really should have had is ubiquitous testing, and the government has just not chosen to do that,” said Ashish Jha, the dean of the School of Public Health at Brown University and an early adviser to the White House Covid task force.

States can do only so much with their limited resources to roll out a testing regime; it requires the resources and heft of the federal government. And while the year-end relief legislation provides more money for testing, it’s not nearly enough, particularly for producing and sustaining rapid testing.

Dr. Jha said that early in his time on the task force there was a lot of interest in building a robust testing system. “But it was killed by the political leadership in the White House,” he said.

Then, the Trump administration allowed financial aid to businesses and households to dry up during some of the worst months of the pandemic — and only just struck a last-minute deal to partly revive it.

The inconsistent aid had a cascading effect. Governors like Mr. Cuomo, who don’t have the budgetary ability of the federal government to extend substantial business relief, ended up in a lose-lose situation as the virus surged in late summer and fall. New York had to keep high-risk businesses open, it was argued, so that they could earn whatever meager revenue they could. But what is “the economy” worth if it comes at the cost of our physical well-being, our very lives?

Calling Covid restrictions “Orwellian,” Kayleigh McEnany, the White House press secretary, said on “Fox & Friends” in late November that “the American people are a freedom-loving people” who “make responsible health decisions as individuals.” That, she said, is “the American way.”

The economic relief package will issue payments of $600 and distribute a federal unemployment benefit of $300 for at least 10 weeks. Find more about the measure and what’s in it for you. For details on how to get assistance, check out our Hub for Help.

I agree with her on one point: It is the American way to champion individualism over collective obligation. In 2019, 34 million Americans officially lived below the poverty line in this country, with many millions more struggling just above it — and that number has only increased since then. We could lift every family out of poverty by sending out regular checks; other countries use taxes to fund benefits that significantly reduce their poverty rates. Poverty, then, is a policy choice.

The pandemic gave us a crystal-clear window into this. The government’s initial response kept poverty from rising. But once stimulus checks and enhanced unemployment benefits started expiring, millions of people were pushed into destitution. It took Congress months to reach a deal to send more help, and even so, the latest relief bill cut back on stimulus spending and slashed supplementary federal unemployment benefits in half.

“We’ve basically had a complete abdication of the federal response,” Gregg Gonsalves, an assistant professor in epidemiology of microbial diseases at Yale, told me when asked about the interplay between public health and economic struggles.

If we want people to take individual actions to help curb the spread of the virus, we also need to invest in their ability to do so. The government could send every household masks — a plan the Trump administration nixed early on. It could pay Americans to stay home if they feel sick, test positive or work for a business that should close for public health reasons, to avoid choosing between their health and their bills.

“If you want people to do the right thing you have to make it easy, and we’ve made it hard,” Dr. Gonsalves noted.

To help small businesses, and to return to strong economic growth, tamping down the pandemic still has to come first, even as pressure inevitably mounts on the incoming Biden administration to view vaccination, which will take months, as a cure-all that allows for business as usual.

“There’s no realistic prospect of fostering a complete and durable recovery until the public health situation has been brought under control,” said David Wilcox, an economist and senior fellow at the Peterson Institute for International Economics.

The last 10 months have given us a very clear message: We are inextricably connected to each other. We can’t stay healthy unless our neighbors can do so, too. The economy can’t properly function if Americans are sick and dying. The economy is only a means to an end, a way to improve living conditions. The economy should serve us — we cannot sacrifice our lives at its altar.

The Times is committed to publishing a diversity of letters to the editor. We’d like to hear what you think about this or any of our articles. Here are some tips. And here’s our email: letters@nytimes.com.

Feelgood factor: what an England victory in Euro 2020 could mean for the economy – The Guardian

On Saturday 30 July 1966 the then prime minister, Harold Wilson, took his seat in the royal box at Wembley to watch England play...
Read more
USA

Demolition specialists finished boring holes and began laying explosives in them Sunday as they prepared to bring down the precarious but still-standing portion of...
Read more
Cryptocurrencies

On Feb 10, Mastercard announced that it would begin supporting select cryptocurrencies on its payment network. The financial transaction processing company hasn’t specified which...
Read more
USA

NASHVILLE, Tenn. – A tip, a hat and a pair of gloves provided all the evidence authorities needed to identify the remains of a man...
Read more

Here’s what you need to know:Isabella Casillas Guzman, Small Business Administration’s administrator, earlier this month. “We are here to help our small businesses, and...
Read more
Stock

Everyone wants a good deal in the stock market. But you won't find undiscovered value in high-flying growth stocks that have massive expectations already...
Read more

European Super League: ‘A seismic, pivotal week in football – but game not yet over’ – BBC News

Chelsea fans protested outside Stamford Bridge on Tuesday nightIt was a story that football will never forget. The crisis sparked by the European Super...
Read more
Economy