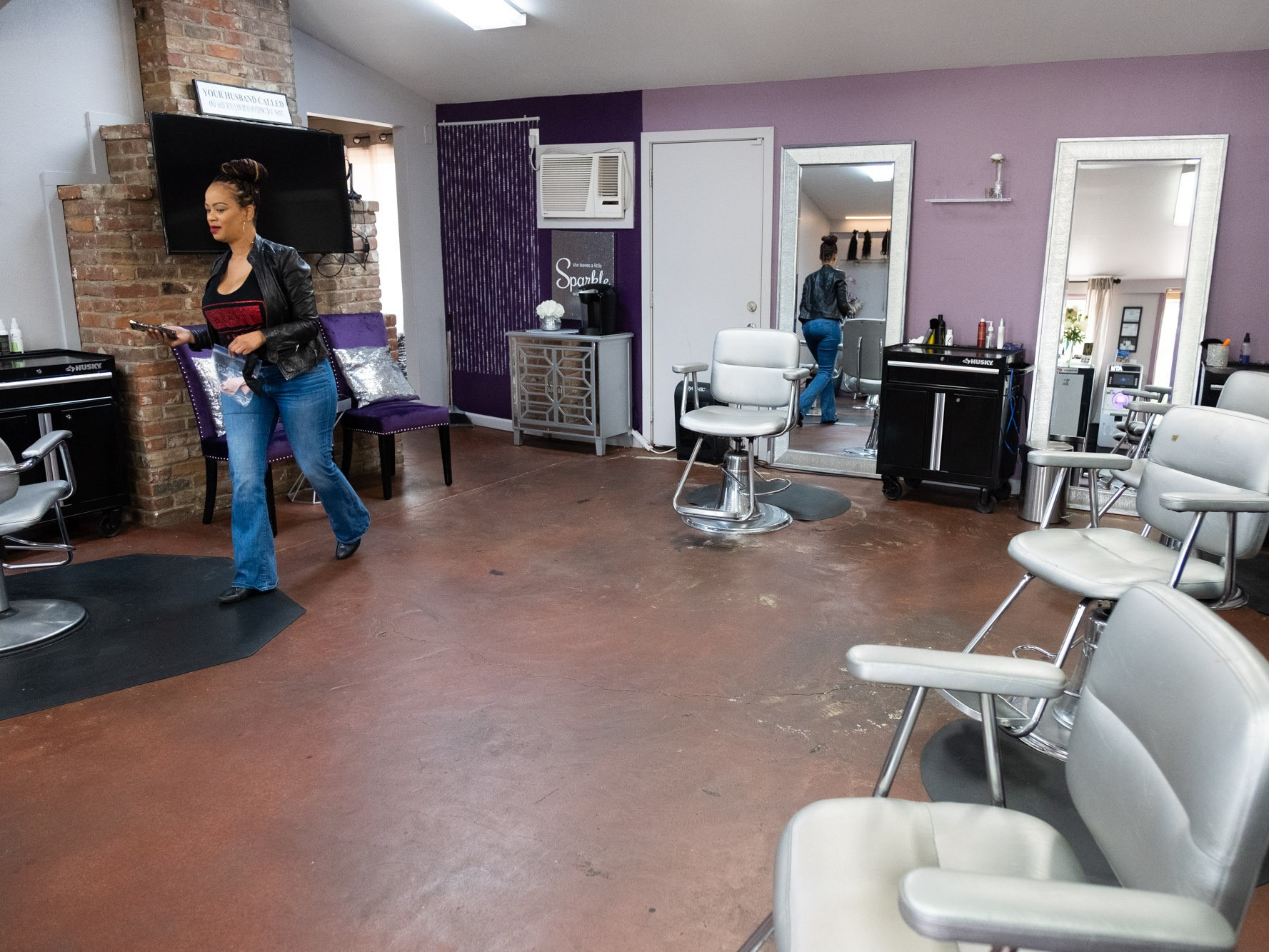 For Jocelyn Doan, the owner of Glam Hair and Nails salon near Elk Grove, the pandemic and its shutdowns have been chaotic.

Like many nail salons, hair salons and barbershops, her shop was closed from March to June, and then she was allowed to open in June for a few weeks before being shut down again. Most recently, she says she was open from September to early November but only allowed to service customers outdoors.

Doan was able to secure a federal loan earlier in the year, but the money has long been used to pay rent. Her landlords have been understanding and allowed her to pay just half, but she said she now owes about $20,000 in back pay and is concerned

“I really want to keep the business, but I’m so worried because this is all I invested for my retirement, they’re all put in here,” Doan said.

California’s latest stay-at-home order is now forcing some owners and workers — especially those who are people of color — to either adapt or move on.

A recent study by the UC Berkeley Labor Center shows that jobs most likely to be impacted by pandemic closures — like hospitality service industry workers and jobs in the personal care industry — are disproportionately done by people of color.

Stephanie Hunter Ray owns Exquisite U hair salon in Arden-Arcade and said the pandemic has been worse on her business than she expected.

“It’s been crazy,” Hunter Ray said. “It has literally been up and down, once we are open and we get to going again, they shut us right back down.”

Since the summer, she’s had to let go of four employees, and she’s shifted her salon’s focus to being more of a boutique store. Now, she sells beauty products, hair products, accessories and clothes. She said she’s been promoting her salon’s new items on social media, but even with this shift, business has been slow. She got a federal loan for $3,000 but she said, like Doan, that money has long been spent on rent.

And as the owner of a salon for 15 years, she said she feels trapped.

“When you’ve been in the game for as long as I have, and I’m not young, what else am I going to do? I can’t go back to school again to start a whole new career,” she said. “I have to just figure it out and roll with what I have, because at this point in the game, I don’t have time to start over.”

For Mario Cueva, a barber who works at West Coast Barbers, a shop in Woodland, he said this shutdown is the third time this year he’ll have to stop working.

“Besides the holidays, people still gotta pay their rent. People got car payments, people got kids. You know, it’s hard to do when you ain’t got a job, you ain’t got money coming in,” he said.

A new study done by the UC Berkeley Labor Center said the impact of government shutdowns on people of color is significant.

“Workers of color have disproportionately applied for and are receiving unemployment insurance benefits here in California,” Sarah Thomason of the UC Berkeley Labor Center said.  “Service workers who have seen the highest job losses are disproportionately people of color and they’re also low wage.”

Thomason of the Labor Center adds that, in addition to those being out of work not having income, the latest coronavirus surge will once again put these vulnerable workers in a tough situation.

“As the cases start to rise again, these same workers, if they are still employed, are potentially more at risk for contracting the virus. So they’re kind of getting hit from both perspectives, economically and with the health risks,” she said.

CapRadio provides a trusted source of news because of you.  As a nonprofit organization, donations from people like you sustain the journalism that allows us to discover stories that are important to our audience. If you believe in what we do and support our mission, please donate today.

The idea of Sports Challenge America is simple: win an outrageous sports challenge, feel like a professional, and get paid — for a small...
Read more
Cryptocurrencies

The Treasury Department, under Secretary Steven Mnuchin, is proposing rules as bitcoin hovers near a record. ...
Read more
World News

Time warp, traveling in space. getty It is 4:30 AM, I’ve been up since about...
Read more
Cryptocurrencies

If We Don’t Move Fast, the Economy Is Going to Get Much Worse – TIME

It now appears likely that Joe Biden will be the next president of the United States, but the frenzy of Election Day and...
Read more
Economy

COVID-19 Against Global Economy: Where is the Risk? – Santa Clarita Valley Signal

In 2020, all the countries across the world will be faced with historically unparalleled problems. The  COVID-19 pandemic and its aftermath, as well as...
Read more
World News

In a world of #fakenews, more Americans are getting their COVID-related news from the same place – MarketWatch

More people are flocking to one source for updates on COVID-19. Readership of articles in medical journals soared 557% between March to July 2019...
Read more

But the oil barons ran national companies which were confronted by national politicians, whereas the data kings are global beasts. And aside from the...
Read more
Sports

TribLIVE's Daily and Weekly email newsletters deliver the news you want and information you need, right to your inbox. 1904 — Fullback...
Read more