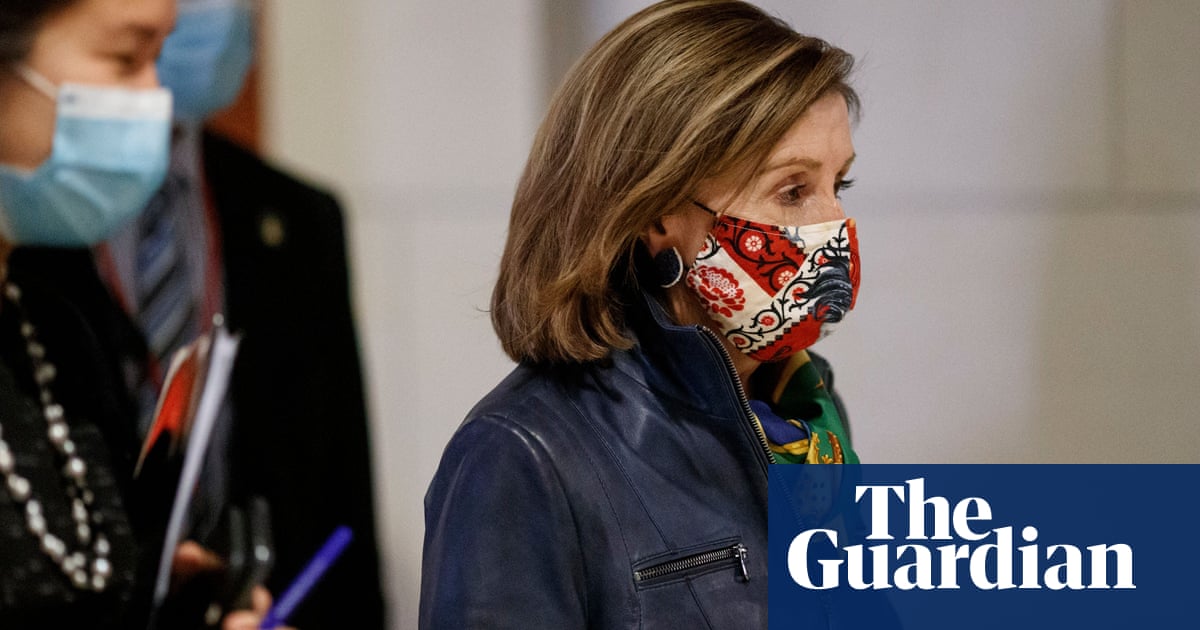 The US Congress appeared poised to vote on a $900bn coronavirus aid package on Sunday after senators struck a late-night compromise to clear one of the final hurdles: a dispute over Federal Reserve pandemic lending authorities.

The Senate Democratic leader, Chuck Schumer, said late on Saturday: “If things continue on this path and nothing gets in the way, we’ll be able to vote tomorrow.”

Congressional leaders plan to attach the coronavirus aid package – which includes $600 direct payments to individuals and a $300 a week unemployment compensation supplement – to a $1.4tn spending bill funding government programs through to September 2021.

A 48-hour funding extension expires at midnight on Sunday, after which the government would shut down.

Senator Pat Toomey, a Pennsylvania Republican, had insisted on language that would guarantee the central bank could not renew emergency lending programs for small businesses and state and local governments after 31 December, when they expire under the Cares Act Covid-19 relief legislation passed in March.

“We’re right within reach,” the Democratic House Speaker, Nancy Pelosi, told members of her party on a call discussing the negotiations, according to a person who was on the call.

Congressional negotiators had been down to a handful of issues on Saturday as they sought to finalise the Covid relief package. The Senate convened a Saturday session while House members stood by for a vote.

Pelosi had said Toomey’s provision to curb Federal Reserve emergency powers, and thereby deprive the president-elect, Joe Biden, of crucial tools to manage the economy, was the biggest hurdle to a sealing a deal.

The negotiations – held against the backdrop of the looming deadline for a government shutdown – were conducted in secret, largely among the top four leaders in Congress.

“We need to conclude our talks, draft legislation and land this plane,” the Republican Senate majority leader, Mitch McConnell, said.

The broad measure would wrap much of Capitol Hill’s unfinished 2020 business into a take-it-or-leave-it proposal that promises to be a foot thick or more.

The $900bn package comes as the pandemic is delivering its most fearsome surge yet, killing more than 3,000 a day and straining healthcare systems. While vaccines are on the way, most people won’t get them for months. Jobless claims are on the rise.

Toomey’s provision would close down more than $400bn in potential Fed lending powers established under the March legislation. The US treasury secretary, Steven Mnuchin, is shutting down the programs at the end of December but Toomey has wanted to go further, barring the Fed from restarting such lending next year.

Brian Deese, an economic adviser to Biden, said: “As we navigate through an unprecedented economic crisis, it is in the interests of the American people to maintain the Fed’s ability to respond quickly and forcefully. Undermining that authority could mean less lending to Main Street businesses, higher unemployment and greater economic pain across the nation.”

The developing aid package is the first significant legislative response to the pandemic since the landmark Cares Act passed virtually unanimously in March, delivering $1.8tn in aid, $600-a-week bonus jobless benefits and $1,200 direct payments to individuals.

The new aid would be added to a $1.4tn government-wide appropriations bill that would fund agencies to September 2021. That measure is likely to provide a last $1.4bn instalment for Trump’s US-Mexico border wall as a condition of winning his signature.

For Republicans the most important Covid aid provision was a long-sought second round of “paycheck protection” payments to hard-hit businesses and renewal of soon-to-expire state jobless benefits for the long-term unemployed.

Democrats have been denied direct fiscal relief for states and local governments and got a supplemental Covid unemployment benefit only half the size of what the Cares Act delivered. Democrats won $25bn to help struggling renters and $45bn for airlines and transit systems, but some critics on the left said negotiators were being outmanoeuvered.

Biden is pressing for an agreement and promising another bill next year, but if Democrats lose Senate runoff elections in Georgia next month they may have little leverage. Republican leaders say privately an aid bill may help their candidates in January.

Most economists, including the Federal Reserve chairman, Jerome Powell, strongly support additional economic stimulus as necessary to keep businesses and households afloat through a tough winter.

SAN ANGELO — From growing up in the construction business with her dad to creating her own business, Janis Baucom recently celebrated the 30th...
Read more
Business

It’s not uncommon to see family businesses in which the founder or leader plays such a public role that they become “iconic.” Often,...
Read more
European Premier League

There are just two gameweeks left in the 2020/21 Premier League season and there is still lots to be decided at the top of...
Read more

How Coasting In Business Is Killing Your Potential – Forbes

Most entrepreneurs have faced setbacks. The successful ones identified and grew past them with little to no drama. Sometimes we have to take a...
Read more
Cryptocurrencies

Do You Have To Pay Quarterly Taxes On Cryptocurrency? – Forbes

If you earn income through cryptocurrency mining, staking, interest or trading, you might have to pay quarterly taxes (also known as estimated taxes) to...
Read more

Pharma is winning the big business popularity contest – The Verge

It used to be easy to hate pharmaceutical companies. Between soaring drug costs and the opioid crisis, the industry was widely perceived as one...
Read more
Business

NAIROBI (Reuters) - African economies are expected to grow by an average of 3.4% this year, the African Development Bank said, as the continent...
Read more
World News

French President Emmanuel Macron was slapped Tuesday in the face by a man during a visit to a small town in southeast France. What...
Read more