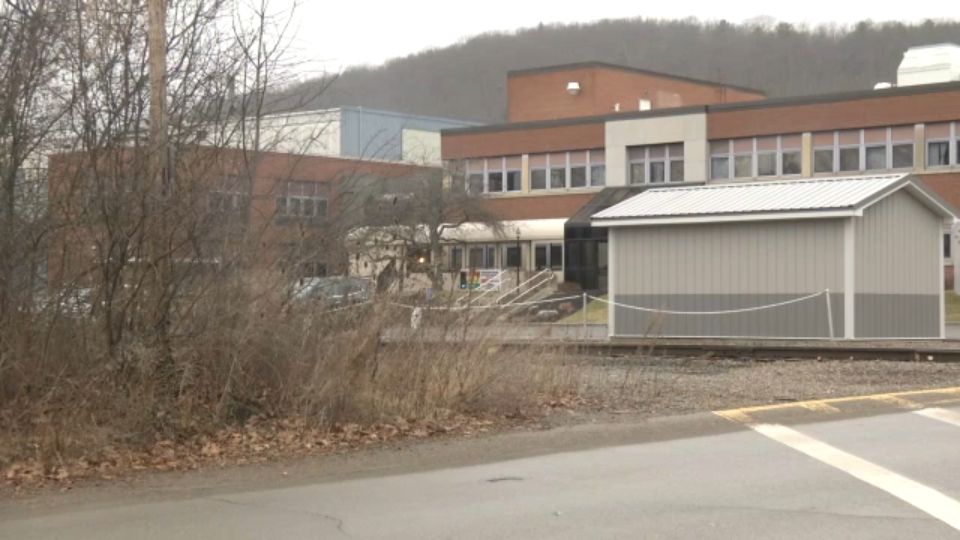 Clark says it will be located at the vacant former Siemens Dresser Rand facility, which closed its doors for good last year.

“We’ve seen a lot of larger industrial facilities sit empty, and it’s really hard to get them up and running again,” said Clark.

“We already have a fair amount of interest in the facility,” said Wellsville Business Park treasurer, secretary Alan Knauf.

He says he hopes to attract new industrial and manufacturing businesses, as well as help existing companies expand.

“Tenants who can take advantage of the workforce, the cheap electric rates and of course the great community and setting you have in Allegany County,” said Knauf.

Shayler says the business park will not only spur development but generate additional revenue as well.

“The addition of this venue for new and expansion business is a real boost to our economy. And it will help us continue to grow and thrive in 2021 and beyond,” said Shayler.

“Lemonade out of lemons. Overwhelmed and glad that this investment is being made,” said Allegany County Legislative Chairman Curt Crandall.

Crandall says the park will help preserve the area’s workforce, and the long history of manufacturing jobs at the site.

“With this move and positioning like this, it looks like it will remain an integral part of Allegany County and beyond. It really has the potential of a regional impact,” said Crandall.

Which is why county leaders have teamed up with Invest Buffalo, Niagara to help market the property.

Leaders there say the site will help fill the void at a time when the vacancy rate for industrial properties is low.

“Helping you fill up the park eventually and we certainly know there is a demand and we are actively promoting it,” said Tom Kucharski of Invest Buffalo Niagara.

Information about the park can be found here.

At its most basic level, this is a win for the former president. He is still eligible to run for president again in 2024,...
Read more
Economy

Florida’s coronavirus economy: Down so long that things are looking up – Tampa Bay Times

By many measures, Florida’s economy has turned around some since the the pandemic’s deepest hits in the early spring. The unemployment rate is less...
Read more
Business

India’s government has ordered that all online news, social media and video streaming platforms such as Netflix and Amazon Prime are to be subject...
Read more
Business

Share This: Manelisi Makupata is passionate about healthy eating and providing youngsters with skills to keep them away from gangs....
Read more
Stock

In this article, we present to you the 16 Best Space Stocks to Buy Now. If you’re in a hurry, click to skip ahead...
Read more

When the pandemic struck just over a year ago and stopped our economy in its tracks, Congress responded with the largest small-business loan program...
Read more
USA

More than a foot of snow has fallen on the New York City area but Winter Storm Orlena isn't done yet. Snow showers are expected...
Read more

Covid in Scotland: Global vaccination should be ‘focus’ over teenagers – BBC News

" the huge gap in the vaccine roll-out around the world, many people, including some of my colleagues, are saying let's not press ahead...
Read more
USA

The upward trajectory of coronavirus cases in the U.S. continued Wednesday with the country setting a new mark with more than 136,000 new infections, according...
Read more
World News

Habib hasn't heard from his brother for two years, since he was taken captive by Kurdish forces. But he knows that Bekim's wife and...
Read more